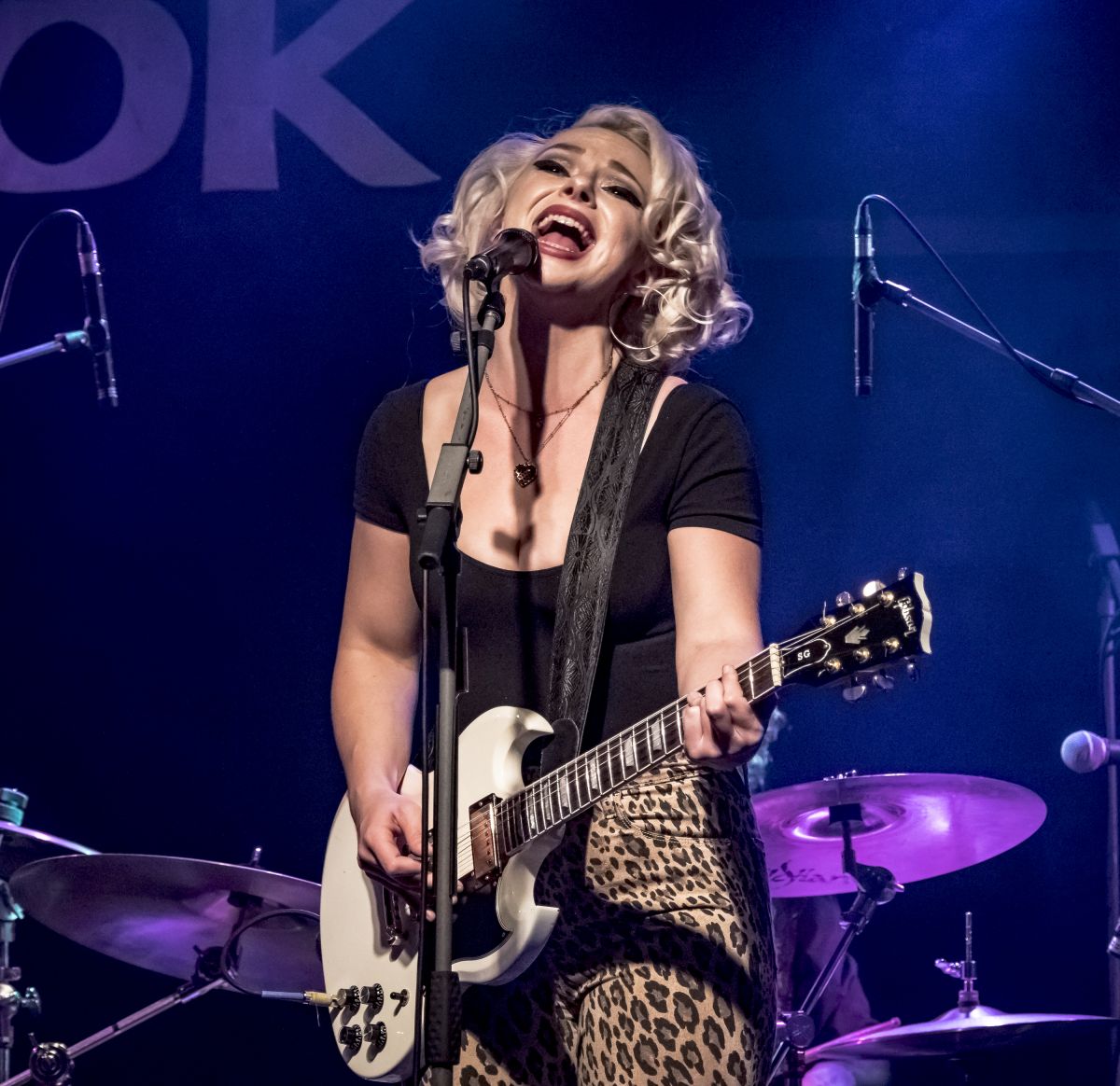 The most tangible sign of the success of a concert comes always from the type of response of the audience. A response that sometimes manifests itself in a jubilant manner, with the public intent on jumping and singing the artist in question's songs or many times, purely expressively, through a broad smile running all the way through their lips.

Tonight, at The Brook in Southampton, in the south of the United Kingdom, Bluebird Reviews has got the privilege once again to find itself in the presence of one of the most complete and interesting artists of the world music scene, Samantha Fish.

On her last performance night in the United Kingdom, as part of a tour that has been running for more than two years now, since the American singer/songwriter and guitarist published two brilliant albums in 2017, called Chills & Fever and Belle Of The West, Samantha Fish could have not closed in a more spectacular fashion her return to the UK than in the way she did tonight in Southampton.

The expectations for the return of the Fish were enormous, not just for her English fans overall, but especially for the Southampton crowd, in a city where the American singer-songwriter, two years before, had already positively surprised and strongly impressed the audience with a concert of great class, power and refinement.

Although the starting of Samantha Fish's concert was scheduled for 9.00 pm, the venue was already packed at 7.30 pm, something that certainly made the supporting band, the Londoners collective Curse Of Lono, very happy. 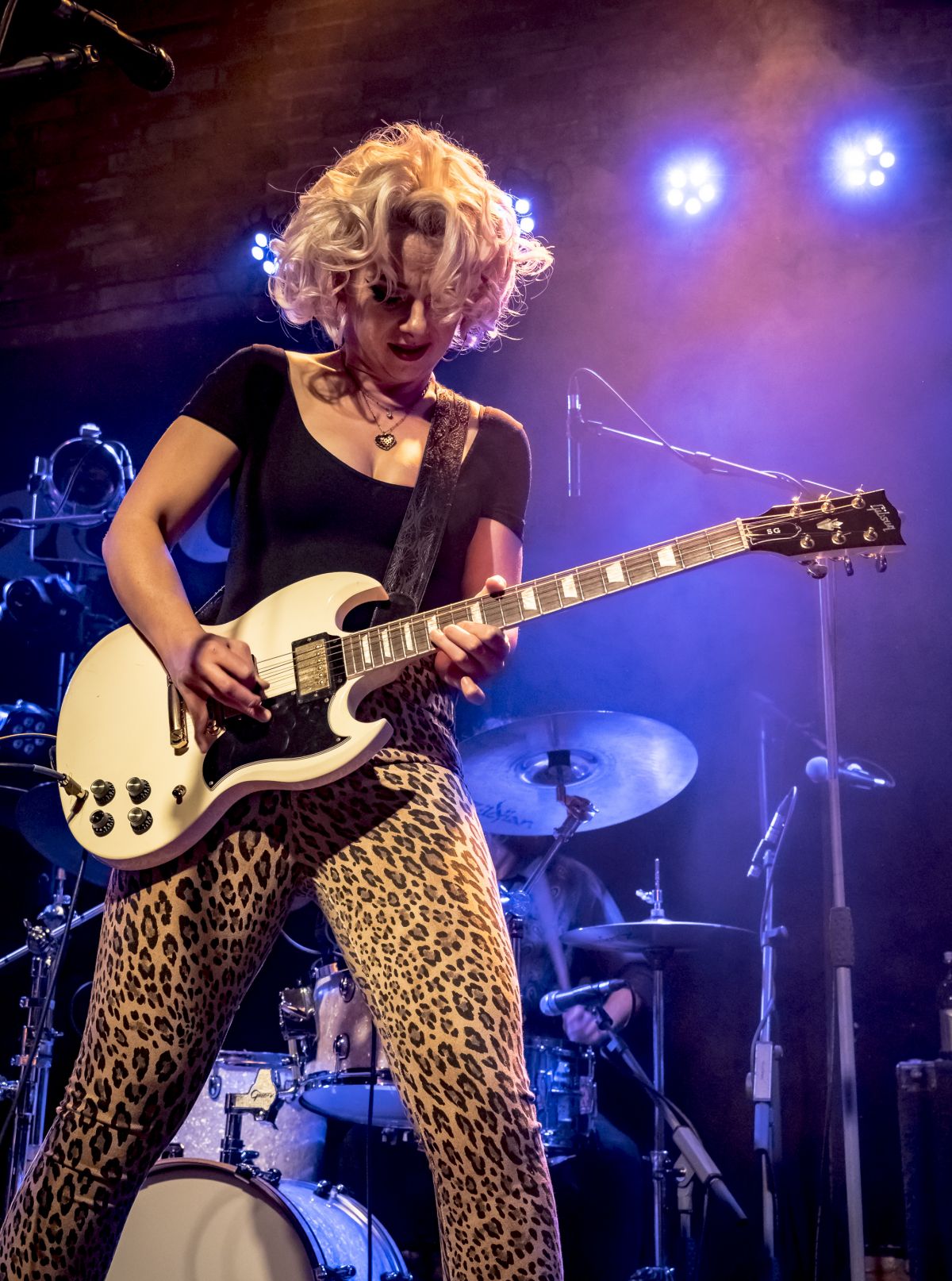 Then, when at 9.05 pm the singer and guitarist takes center stage, a huge roar emerges from the crowd, a roar that increases even further when Samantha Fish decisively attacks the concert with a splendid rendition of American Dream, the song that opens her most recent and hugely acclaimed worldwide album Belle Of The West.

There is no doubt that Samantha Fish is living one of the most inspired, important and successful moments of a career that seems to be unstoppable, for the young American performer. Equipped with an irresistible charisma and supported, as always, by an amazing voice, as well as by a hugely impressive guitar playing talent (often even superior to some of her overestimated fellow (male) musician colleagues), Samantha Fish gifts the audience with a 75-minutes long incendiary performance, in which the American artist not only dominates the stage with her artistic persona in many ways but also displays, once more, to have a musical vocabulary and an appreciation of Music at 360 degrees as very few contemporary artists possess.

Love Letters, one of the two singles recently released by Samantha Fish, which are also leading the way to a new album that the artist will release around the Fall in 2019 and called Kill Or Be Kind, is a well musically structured and interesting tune, a song that certainly gives full credit to the many artistic talents of the American guitarist and songwriter.

Supported by a band of three elements that help to strengthen the sometimes powerful and other times languid and seductive sound emerging from Fish's guitars, tonight's set-list heavily (and understandably)  focuses on the two most recent albums from 2017 but, rather fortunately for the American singer and songwriter's fans, Fish also finds the opportunity to play songs from her past albums, especially from the Wild Heart one. 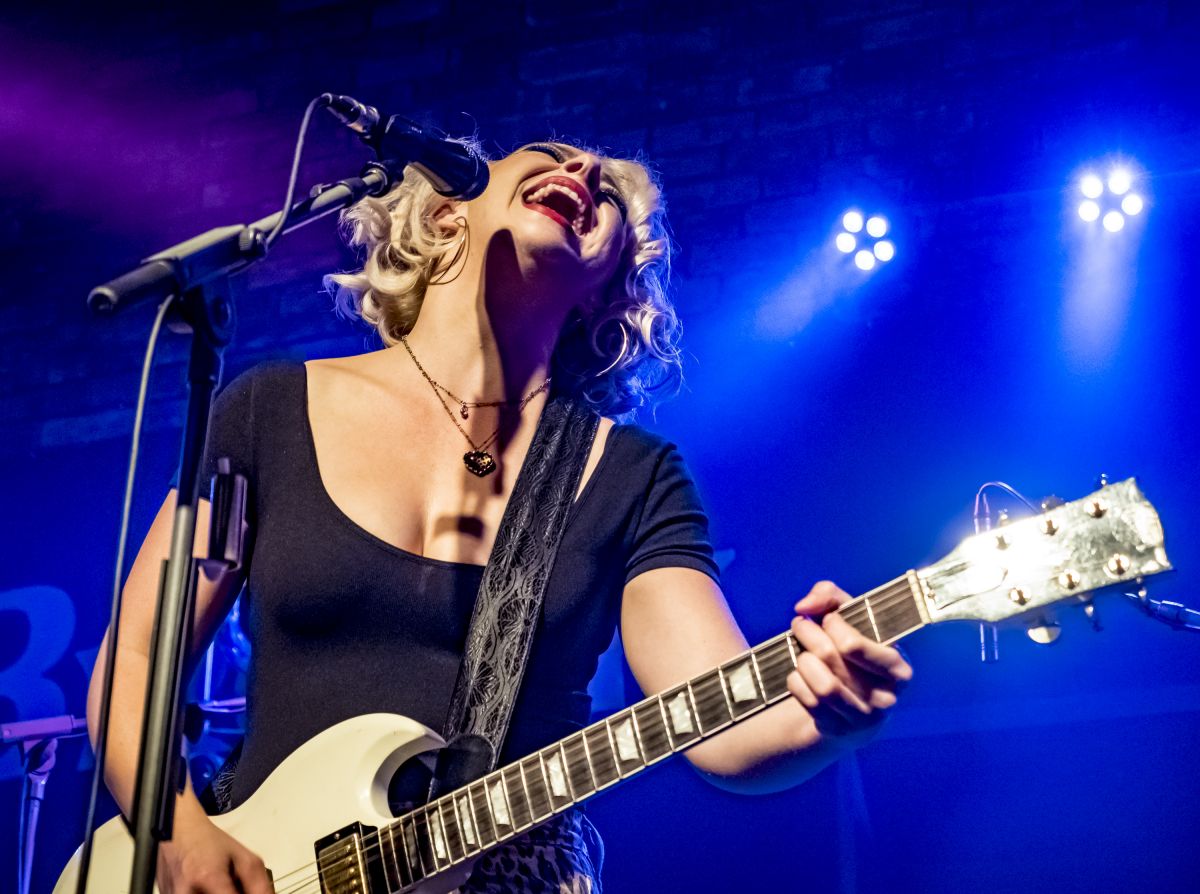 And just from the aforementioned album, comes one of the many gems of tonight's live performance, the semi-acoustic performance of the song Go Home, a song where the Blues and Rock components of Fish's musical message leave room for the somewhat more Folk and Americana parts of the American guitarist's wide and beautiful musical vocabulary. A song that gives total justice and emphasis, once again, to Fish's extraordinary vocal talent, in a stunning performance that triggers a very big applause in the huge crowd present here tonight, in Southampton.

The Grand Finale of tonight's concert is one of incredible beauty and intensity; the quality of Fish's guitar solo at the end of the song called Cowtown snatches another endless applause from the crowd, while the tune Daughters shows off in full all the qualities and the talent as part of the wonderful repertoire of the American artist, from a songwriting aspect to a vocal one, together with Samantha Fish's masterful skills in playing the guitar.

Perhaps not all the fans present tonight at this memorable performance would have had the strength to jump and sing for the entire duration of the concert (for some, purely for age range's reasons) but one thing is certain; all those who left this venue at the end of the show, spotted by Bluebird Reviews, no matter what age group they were in, they all sported a big smile on their faces, after Samantha Fish's performance. Very probably, because they realized that tonight they enjoyed the concert of a great artist who certainly represents not just the solid present but also the highly promising future of Blues/Rock worldwide. With Samantha Fish, the future of music is in solid and safe hands.