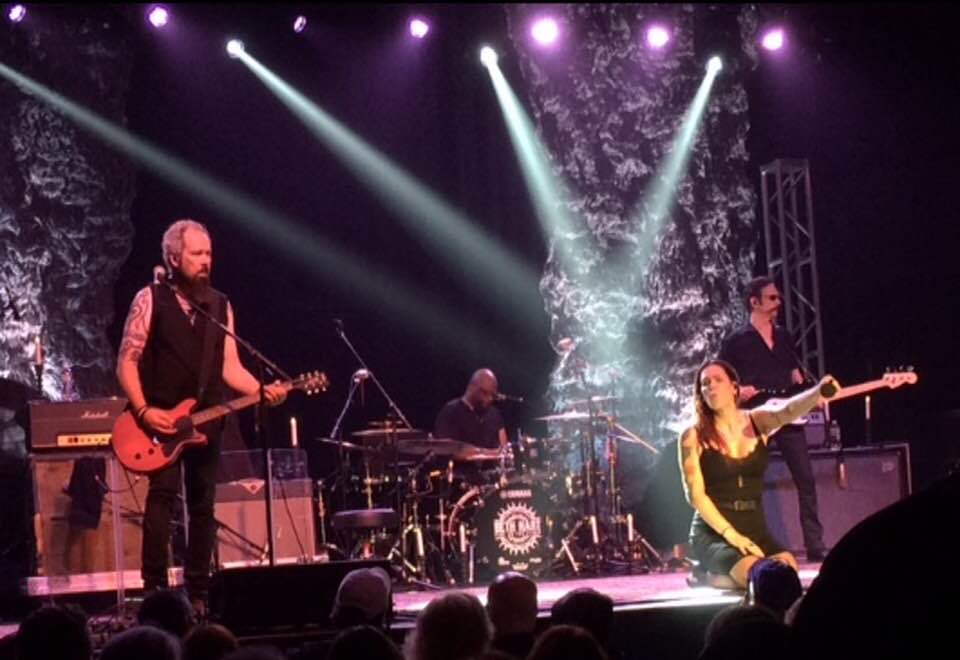 On a sticky, almost airless Sunday evening, two amazing musicians and their bands came to the Hampton Beach Casino Ballroom in New Hampshire and performed for ninety minutes each to a packed house.

Up first was the incomparable, quintessential blues singer, Beth Hart and her band, who took to the stage amidst thunderous applause and explosive cheers from ravenous fans. Whether she's behind the keyboard or holding a mic, the beautiful and extremely talented Ms. Hart sings impressively and with immense passion, just as if there is no one in the room, but you and her.  From the sultry (almost kitten-ishly playful), If I Tell You I Love You (a Joe Bonamassa/Beth Hart hit from the album Seesaw) to the song "‘Written for her Momma" Baddest Blues, the singer/songwriter played and sung with extreme passion and spirit.

Hart delivers note after amazing, gut-wrenching note, pouring her heart and soul right into your hand with each and every song. She sings timeless stories that leave you emotionally spent and tonight was no different. Sitting at her piano, revealing how some of her songs came to be, she told of the song she wrote for her father and step-mom, You Belong to Me, after her parents divorced, as well as songs for both her sisters. The first, a fun upbeat song called, Delicious Surprise (for Susan) and Sister Heroine (for her deceased sister, Sharon), where she held nothing back emotionally; it was as raw and heart-felt as only Beth Hart could sing it. St. Teresa (a song for Mother Teresa) was written after she heard something said by Mother Teresa about grace {by definition}, when you love or care for someone who doesn’t deserve it and still finding/having compassion. It’s a touching, poignant song that is sung from a sensitive heart that understands such raw pain. 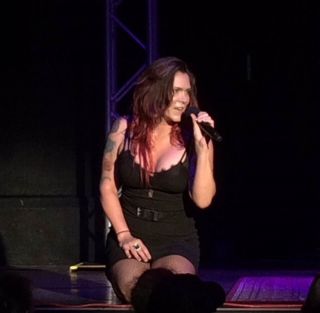 The passion, beauty, and softness that sparks from Beth Hart’s voice encapsulates everything that she is. It tells us she is a singer who gives everything she has to every performance. Beth leaves nothing, but the blood, sweat and tears behind and that is what she did tonight.

Up next was the Kenny Wayne Shepherd Band. This is a band that knows how to kick the blues into high gear. And they did just that. Opening with Somehow, Somewhere, Someway, Shepherd and his incredible band took the crowd into a breathtaking sequence, through the notes of Ride of Your Life, straight into True Lies then segueing into House Is Rockin'. All songs that got your feet stompin’ and head boppin’. Hard Lesson Learned, from Shepherd's latest album, was up next, quickly followed by Baby Got Gone off the 2017 Lay It On Down album.

Noah Hunt, a powerful singer in his own right, told a quick story about B.B. King where Mr. King said, “the blues is for everyone.” The stage became awash in blue lights, then Shepherd and his boys brought us the blues in the way that it should be served: nice, easy and straight to the jugular. The pace quickened, becoming faster until the music, more specifically Kenny’s guitar, became a runaway locomotive, taking us all on a joyride to a lost juke-joint. 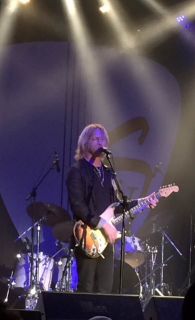 The intensity of the whole performance made time pass without you even realizing the set was up. But not quite over. The crowd thundered for more, so the Kenny Wayne Shepherd Band returned on stage for an encore, starting with Shepherd's signature hit Blue On Black, which brought everyone back on their feet, singing along with the band. Kenny Wayne Shepherd ended the night by conjuring up with the magical Jimi Hendrix through a thundering rendition of Voodoo Child. People were dancing in their seats and in the aisles, while Shepherd gave his absolute all on stage. From the several guitar changes to playing with his guitar behind his head to playing one handed, it's unbelievable the sheer ferocity that Shepherd expresses, when a guitar is in his hands. Nobody wanted this rocking blues train ride to end. There is no one else like him out there. No one.

There are still some tour dates left here in America. If you can score a ticket – grab one. This is one show that you don’t want to miss.

P.S. I want to thank both Beth Hart and Kenny Wayne Shepherd's entourages for allowing me to review their shows. Both artists are extremely dedicated and talented musicians, whose affinity with music allows us, the fans, into their world.  Thank you.