Take your music medicine. Dr. Mudd's prescription is no jagged little pill, but a magic carpet ride for your mind. Talented musicians in a hard working band. Big fun in reworking multiple genres, but the story doesn't end there. 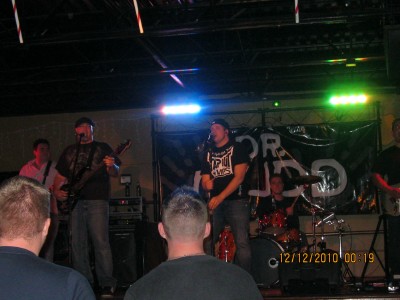 Songs are collected and mixed into tasty bites of music energy, spanning genres in a range wide enough to embrace every listener in the room throughout the night. They rock out on every song, so even old radio tunes are suddenly cool. Some are full songs, others are intros, riffs, that twist into medleys and circle back around. Dr. Mudd has a sound that is all their own; edgy, contemporary: solid rockers. Their experience shows not only in their music. They read people, really read them, discuss the tempo of the night and match their set to engage. Visiting friends from local bands to the Mid-Hudson Valley, shared the stage with them tonight, and they switched roles in their own line-up, being spontaneous and flexible, making it all work. They are comprehensive, cue each other, laugh, change gears, and march on. What they do isn't easy, anyone can walk into the venue with a different musical taste and the band has to rise to the entertainment occaison. I think this broad based music entertainment is hard to do, but Dr. Mudd nails it. They not only nail it, but create an atmosphere that starts warm and inviting ... and then blow the walls down.

John Booth did the lead vocals and has a great voice to handle the range of music they cover. He is present, addresses the crowd, the band, and supports the venue staff, remaining real, but never hogs the stage from his bandmates. Mick Houser took the mike on "Hurts So Good" "Cuts Like A Knife" and "Cumbersome". 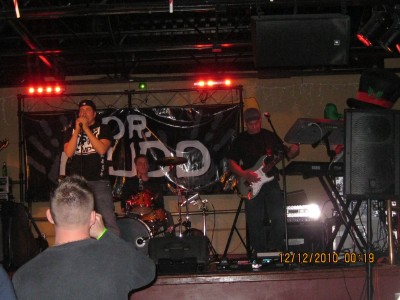 Booth and Houser have voices which compliment each other. The 80's compilation they did "Summer of 69" "I Don't Want to Lose Your Love" "Jesse's Girl" was a great surprise and in my sphere sounded a bit faster than the originals which, to me, gave it a punk edge- that I loved. Then into "American Girl" by Tom Petty- fantastic ! Rodney Santiago worked some magic with the keyboards especially during the old school Jackson songs, I kept doing double takes not believing that it was his keyboard covering these pieces. There were some funny moments too, Booth murmuring "Werewolves of London" during the take on "All Summer Long". All guitars were jamming at the same time during this song. Mark Lowe was a solid guitarist and added to the range of talent from which they drew. A guest vocalist, Mike Fasano and Mark Lowe's wife, Nicole dawned the stage with vocals for "Sweet Child of Mine", which just added to the Muddster party atmosphere. There was also a guest bassist Tom Francavilla and guest drummer Richie Owens from the local band Good N Loaded who played on Sublime's "Santeria."  There was a lot going on, yet all the while, Mr. Kenny Burkhart was back there drumming, smiling, singing along and kept the energy up for this continuous set of great entertainment.

Aside from short DJ breaks, Mudd's sets were non-stop all night. I've been to some shows of other bands where the mixing is all wrong and it ruins the presentation. This band knows how to blend their musicians and it is more important than the audience may realize. The balance of vocals, instruments, and appropriate volume, with the mix of tempo and sweet surprises made it all crazy dancing, sing along fun. The friendly Muddster fans seem to embrace new audiences as well. There is an understated energy that runs from the band through the crowd and keeps drawing people in.

This is Dr. Mudd. Its cause: to bring people in the Hudson Valley out to meet, dance, rock, belt it all out. Can they melt our faces ? I think it is just a matter of time ...

Being three hours from the Muddster jursidiction, I'm not local to this band, but I wish I was. I've seen them twice, once at Gully's in Newburgh and tonight at the Empty Bottle in Middletown, NY. The point I want to make about this band has nothing to do with music, or maybe it has everything to do with music. These guys are not rock star egomaniacs, they are launching a new way to integrate decades of music. I predict, this will be the strength that will continue to propel them forward.