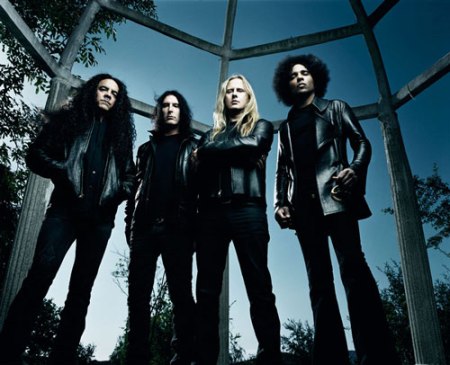 Paul "Whitey" Renstrom is a heavy metal bass player gone roots rocker with the band, The Tall Weeds. He has been writing music for decades and gets out to some great shows. Here is what he had to say about Alice In Chains, live:

Alice In Chains is my favorite band that came out of Seattle during the grunge era. The vocal harmonies and driving guitar just blow me away.

I first saw Alice In Chains in '91. They opened a show for Anthrax, Megadeath, and Slayer. I really didn't like them at first, but got into them later that year. Their singer died of a drug overdose in the early 2000s. After years of solo stuff and other gigs they got back together with new singer, William Duvall and released one of the best albums of the year,  Black Gives Way To Blue ...The Garden Show. This was the first big headlining show for them and what a better place to run it then Madison Square Garden.

The show started with a lot of sound coming from the P A., with a white curtain that had the cover of the new album on it. After a huge build up, the curtain feel as AIC went into "Them Bones" and then "Dam That River!" These were first 2 songs off their second album, Dirt. They sounded great. The energy made the hair on the back of my neck stand up. They played "Next Rain When I Die," another song off of Dirt. Jerry Cantrell , the guitar player, plays the song with a wha wha peddle. I could not believe I was watching AIC!!! They then played "Check My Brain" also off the new album.

I have never heard a band at The Garden sound so loud - yet so clear. The next was the first acoustic song, "Your Decision." They have a long history of acoustic music. The night seemed like a dream. They continued to play songs from their catalog, including; "Heaven Beside You", "The Rooster", "We Die Young", "Again" and a few more. They have a very unique vocal harmony. They left the stage and came back out for a 3 song encore. First was "Dirt," then "Man in the Box," and they ended with "Would?"

They totally blew me away. Alice In Chains are again masters at their craft. This was a show I would highly recommended. The world is a better place when Alice In Chains is playing music!

Rain When I Die

Down in a Hole

Man in the Box