Gentlemen Hall at the Iron Horse, 2012 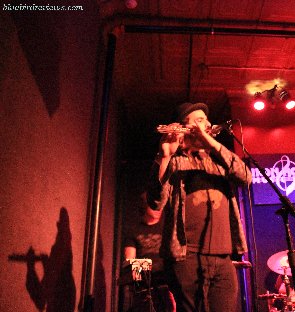 Photos and Review by Bluebird.

To read about the opening band, June & the Bee, click here.

Gentlemen Hall is widely known as a Boston area band, and what comes with this categorization, is a certain level of edge and status.  They have upheld this reputation, and surpassed it, in the short time I've followed them in the Bean-town region. They have won numerous awards throughout New England, and nationally, from media outlets including; Billboard, Boston Music Awards, Boston Phoneix and choice CBS TV spots. The complete list is below. 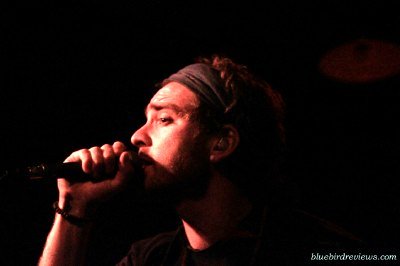 Winning all of these awards has put an official positive stamp on the overall quality of their music. I don't always hold external tangibles as the real thing, though, because the busy music business sometimes glosses over solid artists that deserve equal recognition. With Gentlemen Hall, however, the stripes they've earned are not just painted in award ceremonies. Stating influences of Depeche Mode, The Flaming Lips and David Bowie, they work hard to continue to create stage performances that are like no other, and strive to experiment with sound, which pushes the boundaries of pop and rock music as we know it. 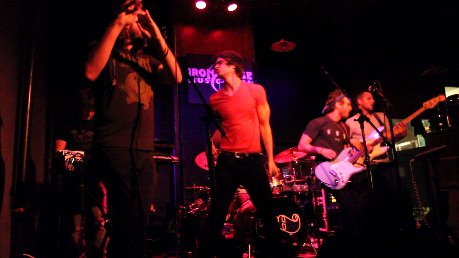 When I first saw GH, it was at the Boston Music Awards last year. You can read that review here. Their music and stage presence was so compelling, that when their press team asked me to review their record, I had already bought it, had the songs in my head, on my car music player and blaring through the halls of my home. You can read that review here. I was thrilled to see GH on the Iron Horse schedule this year, and made it a point to catch their act, given they were in my Pioneer Valley backyard. A gig from GH at the Iron Horse, makes this already cool venue even more mod. 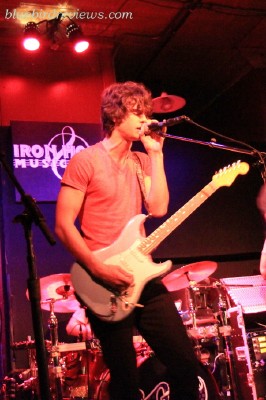 Gentlemen Hall came on to our local scene and held back nothing with their six piece pop-rock-fusion-ensemble. Their music is art, and I've pushed my own boundaries to say that they've reminded me of TV on The Radio in their style. They use prolific arrangements, intelligent lyrics and creative solos, to bring the listener into the performance viscerally, yet their music is clearly accessible and alienates no one from being engaged. Ok, there was a fan in the crowd who thought they were 'loud', but 'creative' and 'interesting' quickly followed this person's assessment of seeing them for the first time. They brought all, that fusion-energy, keys, bass, guitar mixes and bold percussive soundscapes can offer. Gavin Merlot and Cobi Mike are strong and complimentary in their vocal presence, standing up to the complicated pieces behind them, and often adding to the guitar work needed with precision. I heard all musicians sing backup, and viewed the blur that they create, when they elevate an entire room of people to a dancing frenzy. This - along with Seth Hachen's magnificent flute, pulls together the identity that is - Gentlemen Hall. 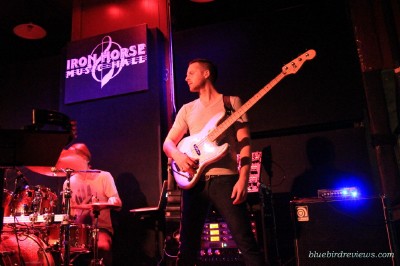 Being very familiar with their EP, When We All Disappear, I thought I knew what to expect from GH. But like a teacher who taps the ruler on your desk because you've been too comfortable in familiar concepts, Gentlemen Hall politely blew through my over confident knowledge of them with their new material. This year, they rolled out a heavier bass laden sound, added more guitar solos, and Brad Alderman cranked up the synths and keys, to create amazing blends for the flute and percussion. This made the overall production, more rock than pop and almost metal at times. I mentioned this to the band after the show and the response was a humble, "Yes, we are digging a little deeper with the new material."

Every song that they create has stages, tempo changes and distinct sections. Seth's flute interlude was stunning and classic, and "Every Morning When I Wake Up," came through with wonderful over-reaching contrasts, much like a track from something that would be recorded on a modern day Sergeant Pepper's Lonely Hearts Club Band, album by  The Beatles. The rhythmic bass lines in the other new material that came through with danceable soul moving vibes could even be a Psychedelics Furs throwback. 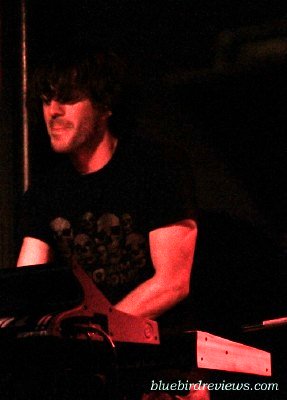 Humble they remain, giving away free CD's at the door, and staying late to talk with their new fans and music friends. The high energy machine keeps cranking, though, with favorites such as "Gravity Will Break Our Bones" and "Take Me Under," which had drummer, Phil Boucher, sitting back for a quarter of a second, in step with the timing of the band - brilliant.

The Iron Horse stage is infamously small, and that challenges acts to cram in all of their performance tricks to a concentration that has to be delivered quickly, more accurately. The same with the sound, it is good sound, but the venue catches every sound, so mistakes are more easily heard by the close proximity of the crowd. The Gentlemen Hall performance I heard was flawless. Ro Richard's swift, steady bass and Seth's mythical flute were at opposite ends of the stage, yet somehow they worked out the picture and the frame, to a clear landscape of joyous contemporary rock music. Moon tambourines, rockin flute solos and the entire band jumping in unison, maintain GH's heir of elevation and mystique.

"All Our Love" was like a bungee chord jump from the bridges of modern sound, where the space of propulsion is a new universe of experience, and the ground is the space in between, just to catch your breath. Hit and release, you are propelled into the ether, then grounded again. Reminiscent of The Who, there was some arm spinning guitar shredding, bass jamming and pedal distortion, that had our heads exploding! GH was on fire and so was the crowd!

They ended the show with a cover of The Verve's "Bittersweet Symphony." The impact of a GH show is like no other. Catch them live if you can. They are touring constantly and their range is coast to coast by now. 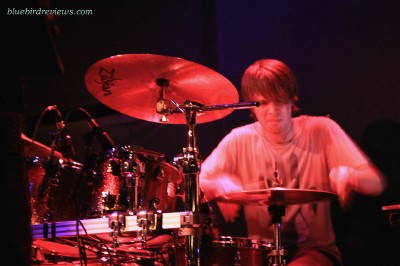 All Our Love
Golden Age 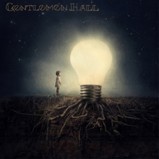 For more information on Gentlemen Hall, visit their website.