Details
Written by Bluebird
Published: May 21 2012

Review and Photography by Bluebird.

With opening support by Doug Ratner and The Watchmen. 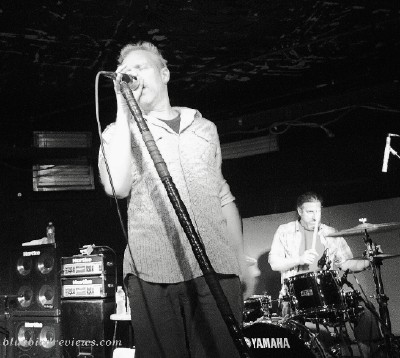 The Spin Doctors are on an anniversary tour! Wild, lanky, with spindle arms grabbing the mike, Chris Barron and the original Spin Doctors paid a visit to Northampton's Pearl Street nightclub. Twenty years after they played this venue following the popular, Pocket Full of Kryptonite album, the band set their force in motion once again. Kryptonite packaged pop sized morsels of blues infused funk phrasing, with enough guitar twang to cross all genres. MTV jump starters caught on to this swiftly, sending record sales to ten million copies in the US and global market combined.  "Little Miss Can't Be Wrong" and "Two Princes" had significant Billboard Top 100 chart standings and honored the band with a Grammy nomination. 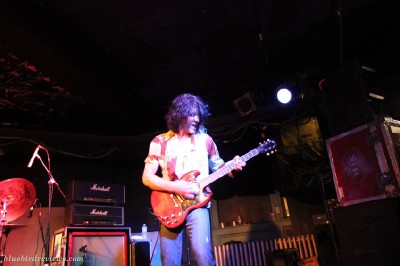 The Spin Doctors went through some temporary changes in 1994, when guitarist, Erik Schenkman, needed a break from the road. Chris Barron was stricken with vocal paralysis in 1999, forcing the group to disband. Twenty years later, the original line up was here at Pearl Street, and not only did it seem as no time had passed, but the band promised to dig deep into their blues vault and emerge with new material. 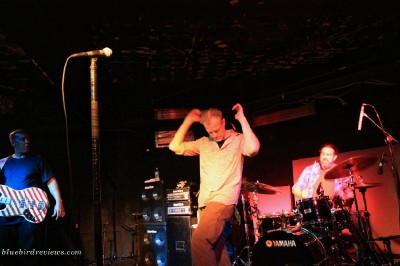 WHAT EVER HAPPENED TO JIMMY OLSEN?

And loud they were. Funk distortion, riveting guitar work and slamming drums made the classic songs seem new again. Mark White's deep funk bass added to the familiar studio tracks and highlighted just how talented this band has been all along. 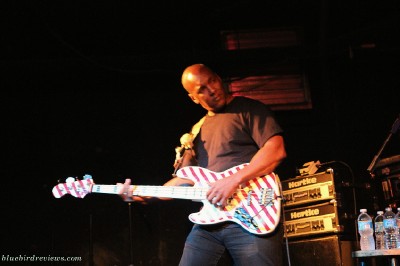 A fan yelled out, "We love you Spin Doctors!"

"And we love you too!" Barron answered back to the crowd.

Chris Barron was a riot to watch. With every song, his facial expressions and moves on stage were a cross between the TV character, House and Mick Jagger. 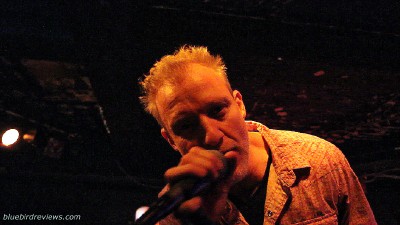 Yet Barron isn't putting on an act, he constantly communicates realism to the fans. Barron also addressed the band repeatedly. Side by side as they did their solos, he shared the spotlight with generosity, sometimes pointing to Schenkman's guitar, looking at the crowd in amazement, pointing back, always offering compliments. 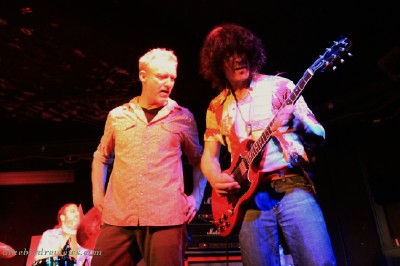 BLUES FASTER THAN A BULLET.

"Here's a song about a train," says Barron. 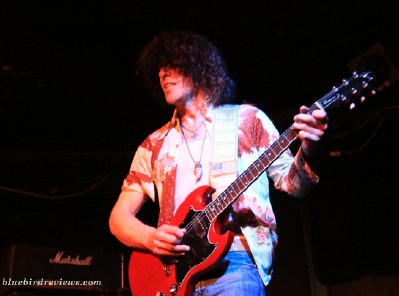 When these radio gods said they started out playing the blues, they weren't kidding. They played some great blues numbers and showed Schenkman's riveting talent and the original roots of the Doctors. They did some deep blues cuts in this set, one of them had the tone of BB King's "The Thrill is Gone." Yet, the guitar work throughout the show went from blues, to rhythm, funk distortion and metal edge delight. There were even traditional blues solos of intricate chords, that slowed down with the drummer into a steamy call and response. "Margarita" had a deep mix of electric blues rock. Barron jokingly said it showed the "brighter side of divorce." Barron was wailin' and moanin' like any respectable bluesman. He later told us when they started playing out in the NYC clubs, they always played blues. Some of these songs were never recorded. I talked with Chris Barron after the show and told him how excited fans would be to hear this material and he said, "We have to record it first." But watch out, with the Spin Doctors, their genre hopping style always takes you delirously off guard. Comess lead the drums and "Genuine" had tearing Schenkman guitar solos with lead vocals that took the metal heads into their own zone. 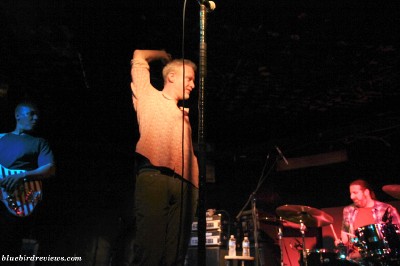 DRIVING ME UP THE WALL AND THROUGH THE ROOF!

Barron proudly reminded the fans, 'We're the original Spin Doctors from the original band! Thank you for hanging out with us, we love you guys!" 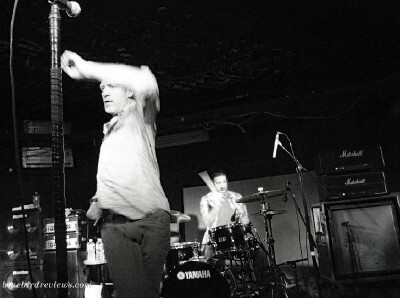 A Spin Doctor is supposed to have influence, and this band had total control over the crowd tonight. Barron slid back and forth among the musicians, lunged full force hovering over the crowd, then dangled his arms and legs, like one of those toys you had as a kid where you can push a button from the bottom and see the appendages move.  Even though the stage was a platform, he towered over the crowd because of his posture. Toward the end of the show, during "Two Princes," I have him on video making the entire room of the Pearl Street nightclub jump in unison as he jumped. With this much talent, energy, committment and a new blues record on the way, Little Miss Lois Lane will be busy following this band again, 'to doctor the SPIN!" 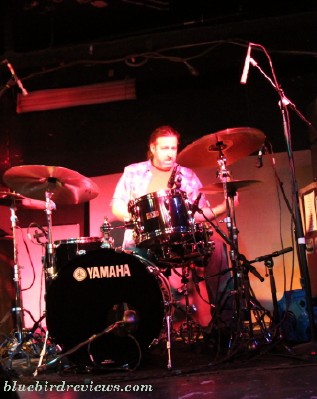 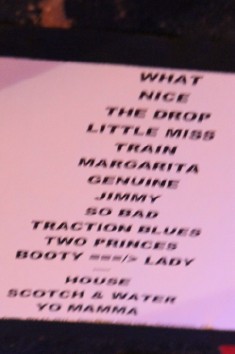