The Boston Music Awards has been running for 24 years. It is a combination performance and awards show that includes categories of several genres of music, from rock to jazz, folk to hard core metal, hip-hop to gospel, pop and video. It even offers awards for DJ performances and producers as well as honoring local venues that host the music throughout the year. 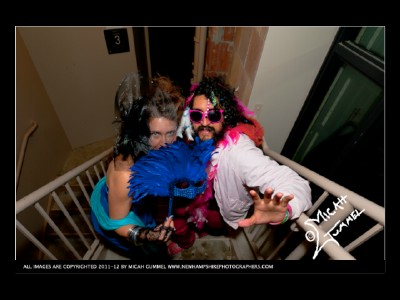 What is great about this event and peaked our interest in attending, is that the performances, awards and voting cover just about all genres of music. Furthermore, the voting is 2/3 the Academy who follow the nominees throughout the year and 1/3 the general public who can vote for their favorite artist on line before the winners are chosen. We fully support any and all participation in fan based music reviews, promoting local artists and charitable events that generate resources for music education. We are proud to be included in the coverage of this annual celebration of local music.

The mission of the BMA's is to bring together the entire community of music enthusiasts to celebrate our regional music and generate resources for education and charities that promote music participation and production locally. All funds go to charity for this event every year. They have offered scholarships to Berklee, grants for music education and have recently teamed up with 'Music Drives Us" which is a charitable foundation for music education. The Boston Music Awards are also a way to showcase and promote our local music talent. 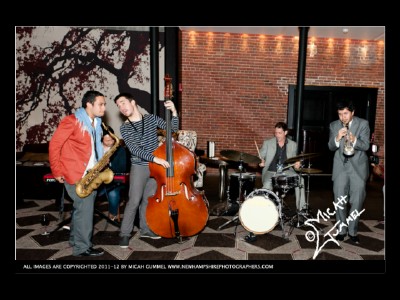 Artists and producers are eligible for nomination, if and only if, they have strong ties to New England. This is defined as being a New England native, living in the New England states for a long period of time or an active period of working here. The time frame for consideration is November through October of the following year (From the BostonMusicAwards2011.com). 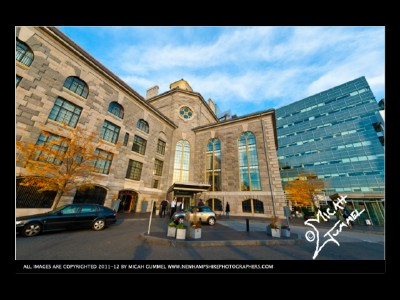 Built in 1851, the monumental concrete building of the now Liberty Hotel was originally The Charles Street Jail. The design of Architect Gridley James Fox Bryant, brought stunning streams of light from circular windows and elegant cupolas, creating extraordinary ventilation with beautiful visual effects, even for a prison. This structure, which is vast and imposing onto Charles Street, closed for use as a secure facility in the 1970's. 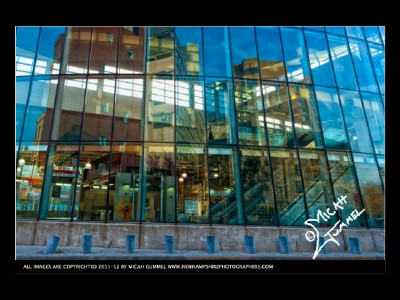 A 150 million dollar renovation kept the interesting iron work and oppositional swank of the original building, but brought this Boston Granite landmark into modern times with warm tones, a new tower building and state of the art technological accessories. In 2007, the grand entryway opened its doors as one of the city's top luxury hotels. 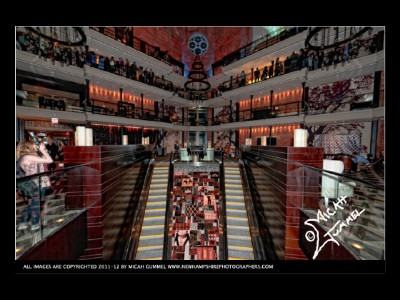 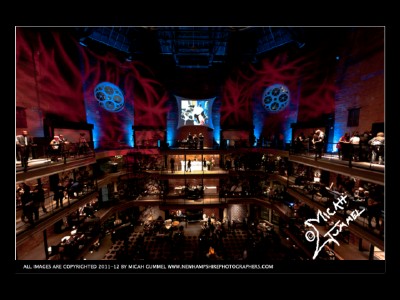 Upon arrival at the venue, complimentary champagne was flowing. There is a red carpet at the Liberty Hotel, it is short, but it moves up a magnificent view of the grand lobby. There was a jazz band playing on the first floor and a celebrity vibe that escalated throughout the night. There are some formalities, photo booths with the award logos, souvenirs, talk of the nominees, VIP access areas and congratulatory comments, but the main theme of this event is that it is really a big party. People were dressed in anything from ballgowns to blue jeans, costumes to cliche'. The venue had beautiful chairs positioned in cozy arrangements with deco designs amidst contemporary and antique lighting. Balconies overlooked balconies and the place was a glow with excitement and casual glamor. 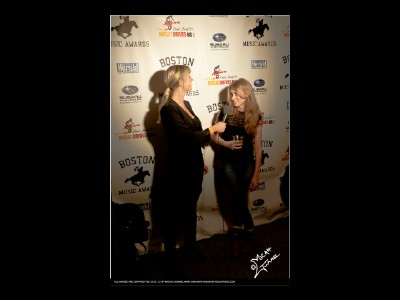 Room by room, and floor by floor, there were performers from different styles of music playing short sets, with DJ intermissions to keep the patrons happy and dancing. The performers mixed and mingled among the guests between their sets. The most popular place to catch the celebs were near the elevators, and the Liberty had many of them, so many, that patrons were getting stuck or confused about which one to take and where. This just seemed to add to the buzz and gave people even more of a reason to mingle. 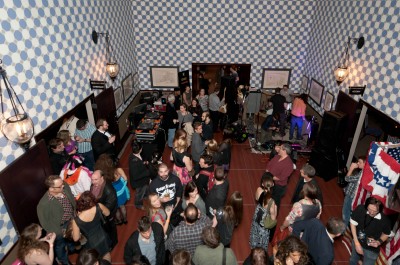 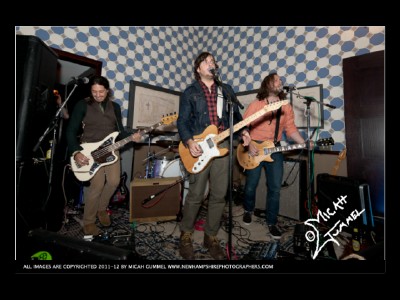 Since the bands were all in different rooms, but some performing at overlapping times, we couldn't catch all of the acts. We were able to watch Freezepop, MMoss, Stereo Telescope, The Wandas, Moufy, Roomful of Blues, and Gentlemen Hall. 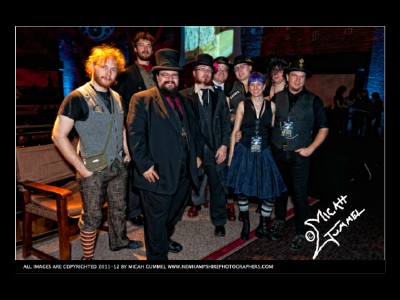 THE EMS Marching Band lead the way to the revelation of the winners. Experiencing the Awards Ceremony was like watching the ball drop on New Year's Eve in Times Square. There was a large video screen above the towering stack of balconies and crowds, plus video screens in the separate rooms where people were dancing and congregating. The anticipation was exciting and fun, and with such a casual atmosphere, it wasn't tense at all. People were sitting around on the leather chairs, stools, standing room only on the lobby floor - everyone gazing up to see the results. The fifth floor was VIP access only. VIP means artists, but it also means patrons who've paid more for their tickets in advance to support the fundraising effort. There were mostly cheers on the revelation of the results, some jeers, but nothing that wasn't handled in good spirit. 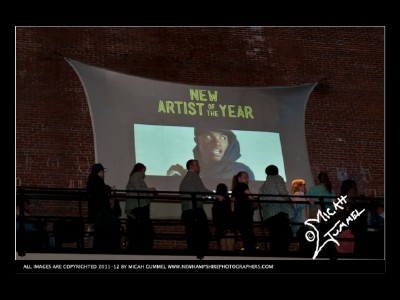 This was our first time attending this event. However, we met some people who've been involved with this fundraiser historically. Music education, performance and showcase need to be more prominent in the local communities. There are so many talented musicians out there, that we all know not all of them were nominated here tonight. The winners, although an honor, were well aware that they were in the midst of great company. It was my impression that the point of this was to give New England musicians formal recognition for where their work is at this point in time. Each year there will be a different line up, a returning veteran, a new twist on a genre to explore, and my hope is that this collaboration of music, community and spirit continues.

The Boston Music Awards as well as local music magazines, such as Boston Music Spotlight, kept followers up to date on the Nominee List. The Winners have a star on this list.

We are running a series of review articles on some of the bands that we were able to see at the Boston Music Awards for 2011. Links to this coverage will be posted on this page as they are published.

A Review of Gentlemen Hall.

Artist of the Year

Album/EP of the Year

Too Drunk To Truck, Roy Sludge

New Artist Of The Year 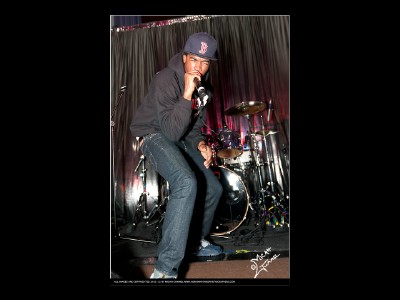 Song Of The Year

Live Artist Of The Year 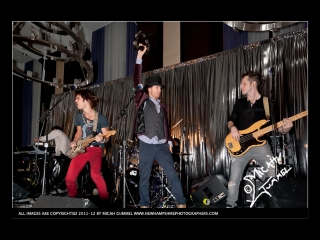 Video Of The Year

"Close To Me", Gentlemen Hall *

Female Vocalist Of The Year

Male Vocalist Of The Year

Americana Artist Of The Year

Blues Artist Of The Year

Erin Harpe and the Delta Swingers 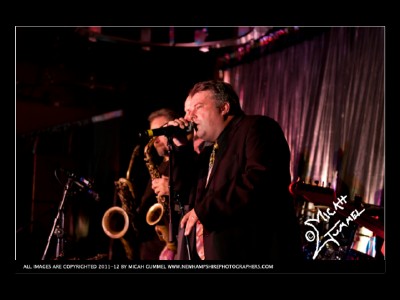 DJ Artist Of The Year

Electronic Artist Of The Year

Folk Artist Of The Year 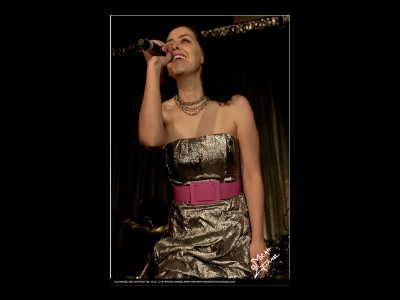 Hip Hop Artist Of The Year

R&B/Soul/Urban Contemporary Artist of the Year

New Kids On The Block

International Artist Of The Year

Gospel/Inspirational Artist Of The Year

Jazz Artist Of The Year

Metal/Hardcore Artist Of The Year

Pop Rock Artist Of The Year

Punk Artist Of The Year 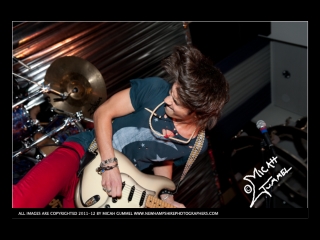 Rock Artist Of The Year

Singer Songwriter Of The Year

Producer Of The Year – Hip Hop

Producer Of The Year – Rock

Make It New at Middlesex

The Pill at Great Scott

The White Owls at To