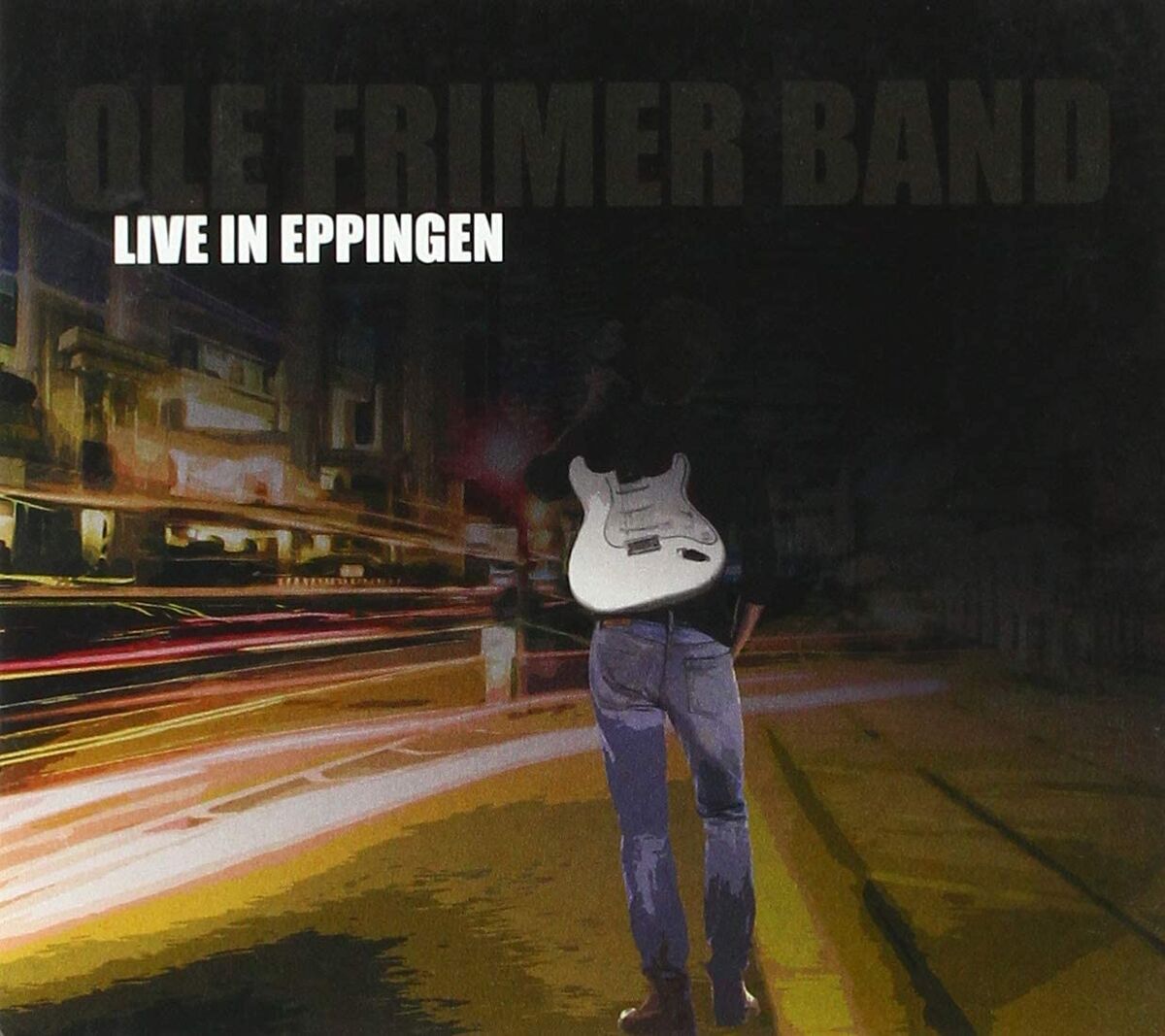 In the last two decades, there has been an increasing worldwide interest for Scandinavian music artists on different genres, from Jazz to Blues or from Pop to Rock. A very justified interest indeed, given the enormous amount of talent showcased by said artists throughout their whole career, finally starting to pay off, if we may add, deservedly so.

One of those artists is certainly Blues/Rock Danish guitarist and singer/songwriter Ole Frimer, who has firmly established himself as one of the most loved and respected music artists not just in his native Denmark but also in many countries in Europe.

After 30 years, this year, since his debut album with the Ole Frimer Band, although with a different line-up of musicians, for the Danish Blues/Rock veteran it felt almost obvious to frame an important moment in time like this in his career with the release of a live album, called Live In Eppingen.

Recorded at the Old University of the German town of Eppingen, the new live album of the Ole Frimer Band is a celebration of music in every sense of the word, with the band delving on stage between Ole Frimer's extensive catalogue of his own material and an interesting choice of tunes from some of the most celebrated Rock guitarists like Clapton or Beck, among others.

The almost 68-years old guitarist is, at this stage of his career, stronger than ever, as a musician in all different aspects. Frimer's guitar skills have always been well-known but as a singer, Live In Eppingen sees the Danish artist delivering some of his finest vocal performances of his career, especially on songs like Why Are You Stayin', a masterfully executed Blues ballad or Sheltered Roads, for instance, a song that sums up perfectly Frimer's musicianship in all its layers.

During the years, the Ole Frimer Band has changed several members but the current line-up, is certainly one of the strongest Frimer has ever had. Jasper Bylling on bass and backing vocals and Claus Daugaard on drums and backing vocals too are a very strong Powerhouse Rhythm Section and Niels Ole Thorning, on keyboard and organ, one of the finest musicians in his own field not only in Denmark but in Europe too.

The Ole Frimer Band delivers big every time, on each of the 8 songs comprised in this live set and some of the covers chosen by the Danish collective are often electrifyingly entertaining. An example for all is Got A Mind To Travel, a fabulous example of how Blues and Jazz can live side by side in perfect harmony. Frimer and his band deliver an exceptional version of a song whose best known version was Albert Collins' one. The band does really an exquisite job, on this tune, with the whole ensemble of musicians delivering a phenomenal performance overall, topped beautifully by Frimer's guitar riff and Thorning's irresistible piano solo.

Live In Eppingen is a highly entertaining record that states, once again, the level of musical excellence reached by a band not only on top of their game (clearly) but also having the artistic time of their lives. No better way to celebrate 30 years in the music business than this.

Live In Eppingen is out now and it is available via the band's website at the link here below: