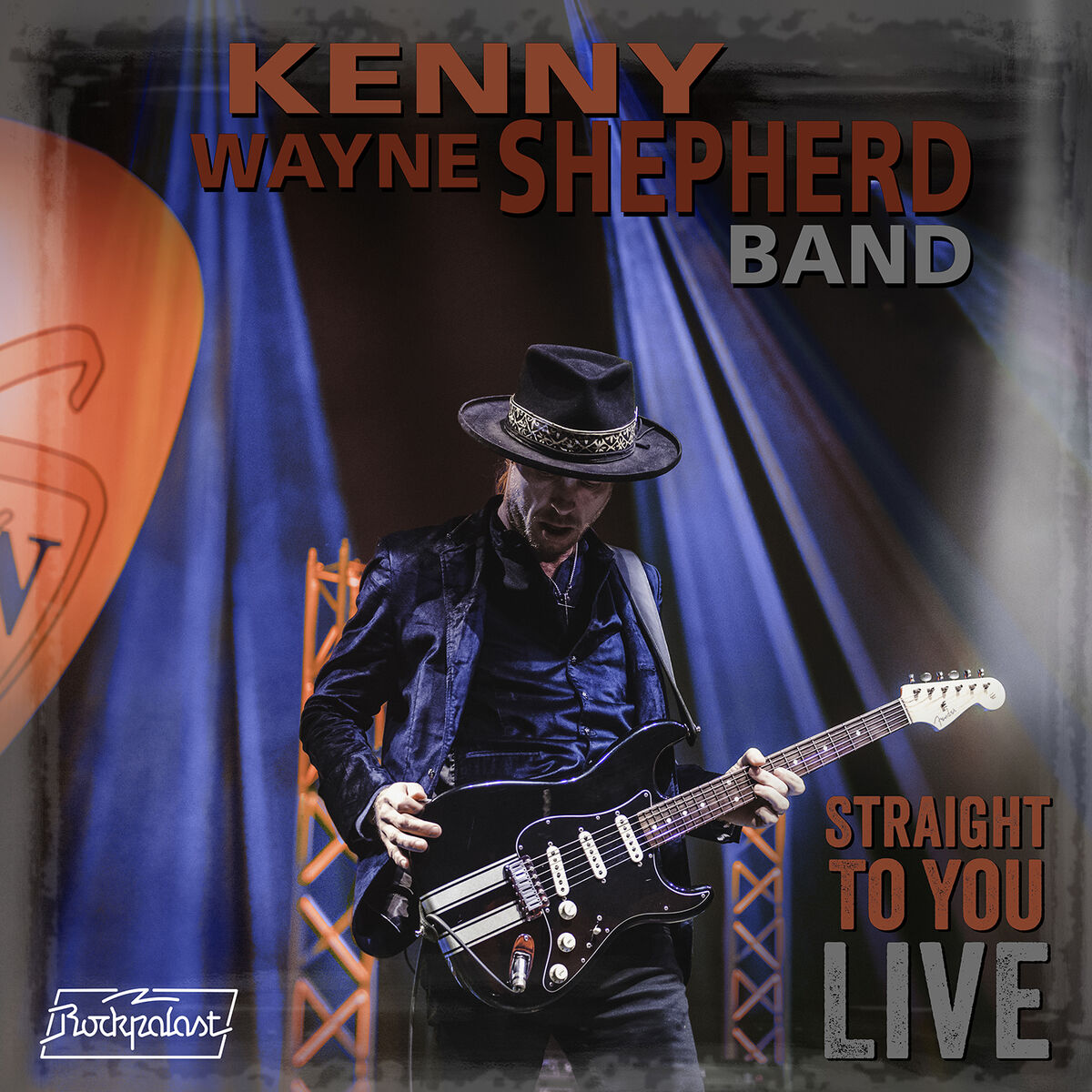 2020 has been a dramatic year for many reasons, on such a global scale, not least, for live music, impacting so severely many artists and in many cases, their whole livelihood too.

Although millions of said artists had to stop touring or, in other cases, forced to give up the idea of touring their new records, it was important though that some of those live tours abruptly interrupted by the pandemic needed to be accurately documented, either on CD or DVD, solely because they represented an important moment in time in their career, a little like in the case of the Blues and Blues/Rock Guitar Supremo and singer/songwriter Kenny Wayne Shepherd.

The 2019 World Tour that took place, following the release of the Kenny Wayne Shepherd Band's latest studio album The Traveler, was undoubtedly a triumphant one and also one of the most successful of Shepherd's career to date, not only due to the number of fans that attended each of the Tour Dates, but also because it displayed an artist, clearly, at the top of his game.

It doesn't therefore come too much as a shock that, before releasing his next studio album (which, according to many rumours, it has been already completed by the Louisiana-born Guitarist and possibly released in 2021), Shepherd wanted to frame a pivotal stage of his career by releasing a live album called Straight To You: Live, which captures the Kenny Wayne Shepherd Band at their finest form.

Recorded in Leverkusen, Germany, for the long-running legendary TV show called Rockpalast, the performance saw Shepherd taking on stage a seven-piece band that included also a highly dynamic and sonically effervescent Horn Section, which gave a real sense of having a complete Blues/Rock Orchestra playing live with Shepherd.

Straight To You: Live was meant to be recorded not only as a live performance on vinyl/CD but also as a DVD, the latter being something that Shepherd's many fans have been asking for years and never got to see, until now.

There is a lot to enjoy, on this album, either if you are a long time Kenny Wayne Shepherd Band's fan or a new one that loves genuine quality live performances; the set-list chosen by Shepherd is perfectly calibrated and works in the same way that a sort of travel time capsule would, with the American artist flying effortlessly with his band from his most recent hits from The Traveler album straight back to his musical roots, in a truly breathtaking backward trajectory kind of musical journey,

It is almost impossible even to start cherry-picking one tune from another, during the whole of the Straight To You: Live's show. This live performance is one of such an impeccable scale and played with such precision, power and passion by the whole band, with an extraordinary interplay between all the band members that, to try and mark down at any point, it is an impossible task.

Often unjustifyingly labelled either as a Blues or as a Blues/Rock artist, Kenny Wayne Shepherd shows, throughout the whole performance, just how much the American artist embraces instead music at 360 degrees, in particular, during some moments of the show like on the Diamonds & Gold tune (from his penultimate studio album Lay It On Down), or with the show's opener Woman Like You, where strong layers of R&B are laid down to both songs with such majesty by the singer/songwriter and his band.

Through the years, our website has repeatedly highlighted the continous artistic growth of Kenny Wayne Shepherd on many different levels, not only for his enormous talent as a guitarist but also as a singer and as a songwriter.

Shepherd's desire to get better and better, as a music artist, year after year and album after album, it shines wonderfully on this live performance. While Shepherd's signature Encore of Hendrix's Voodoo Child (Slight Return) is the perfect statement of his talent as a guitarist, the strength of his vocal performance on tunes like I Want You and Talk To Me, Baby are simply delightful and delivered with great authority by the singer/songwriter.

It is also important to draw attention on the level of  the Kenny Wayne Shepherd Band through its key members, like the genial Piano and Hammond Blues Maestro Joe Krown, one of the strongest and most talented drummers of this century, Chris Layton and Cincinnati-born lead singer (together with Shepherd) Noah Hunt, an authentic and unstoppable singing force of nature.

Straight To You: Live is a record that genuinely symbolizes the irresistible ascent to Music Royalty of an artist like Kenny Wayne Shepherd and his path that brought him, through the years, to become the living music legend that he is in his most natural music environment, a stage. A live performance that will stand the test of time and the perfect gift not only for Xmas, but also the kind of gift that will stand proudly in your CD rack together with many of your all-time classic live albums.

Straight To You: Live is out now and it is available to be purchased via Kenny Wayne Shepherd's Official Website