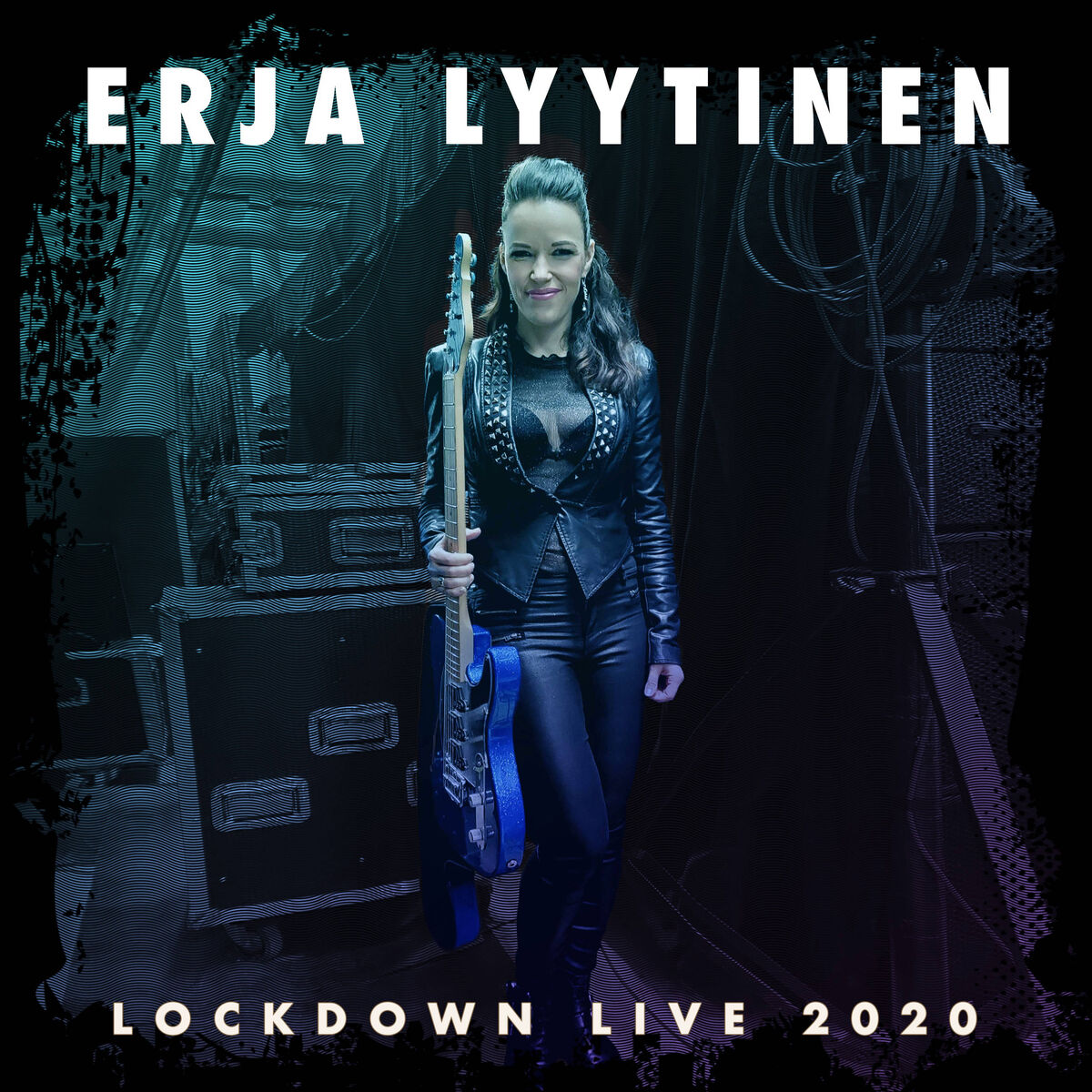 To record a live album in a moment of the world like the one we are all living, without an audience, it is one of the most difficult tasks for a music artist to achieve.

While many other fellow artists have released, during the whole of 2020, live albums related to shows recorded the previous year, in an attempt to make their records more credible, through the help of the crowd's participation, the Finnish Guitar Prodigy and singer/songwriter Erja Lyytinen has decided instead to go against the tide, following purely her instinct, by releasing a live album called Lockdown Live 2020, recorded live solely with Lyytinen's own band and nobody else present, with the idea of framing a special moment in time, in many ways, in the Finnish artist's personal and musical journey and of the state of the world, on a global scale.

Lockdown Live 2020 is most certainly, among all the different live albums released by Erja Lyytinen throughout her career so far, one of the most introspective and, at the same time, musically entertaining recordings for many different reasons.

The Finnish singer/songwriter, through the years, has constantly developed a trademark sound that has made her music and its raw authenticity very recognizable, no matter whether Lyytinen is playing Blues, Funk, Rock or R&B.

There is a lot of narrative as well, within the songs chosen by Erja Lyytinen for her new live recording and pretty much many people can find themselves, somehow, living on their own skins the tales so masterfully narrated by the Finnish guitarist, through her songs. It's then left entirely to the listener to decipher whether some of the lyrics might be more autobiographical or not, for the singer/songwriter or maybe simply used as a metaphor to describe episodes that may touch everyone's life, something that Lyytinen has always been extremely good at, when wearing the songwriting's hat.

From a musical perspective, Erja Lyytinen is in fabulous shape, both as a guitarist and as a singer. Supported by a remarkably excellent group of musicians, the Finnish artist touches on Lockdown Live 2020 many pivotal moments of her career to date, from early works like the 2006 Dreamland Blues album or even to earlier ones, like she so well does on the closing tune of the album Wildflower, from the 2003 album by the same name.

Naturally, Lyytinen focuses a lot, in terms of set-list for this live record, on her latest studio albums, the 2017 Stolen Hearts one and the 2019 Another World.

One of the key points of this very strong live performance relies on how emotionally fuelled this Lockdown Live 2020 album truly is. Lyytinen's intensity as Guitar Suprema matches her honesty and genuine passion as a singer, especially in moments of the album like the opener Don't Let A Good Woman Down or one of Lyytinen's all-time gems like Black Ocean, right to the irresistible second part of the album, where songs like Lover's Novels, Snake In The Grass, Rocking Chair and Wedding Day just begin to exemplify so well the many talents of Erja Lyytinen as a music artist.

The Lockdown Live 2020 album is one of those electrifyingly beautiful records that commands your attention right from the start and takes you to Erja Lyytinen's personal and fascinating journey in life as in music, through the last two decades of her life and career. Not even a pandemic could stop a true talented artist like Erja Lyytinen and this stunning live record, well, it just confirms it in full.