Stray Cats - Rocked This Town: From L.A. To London 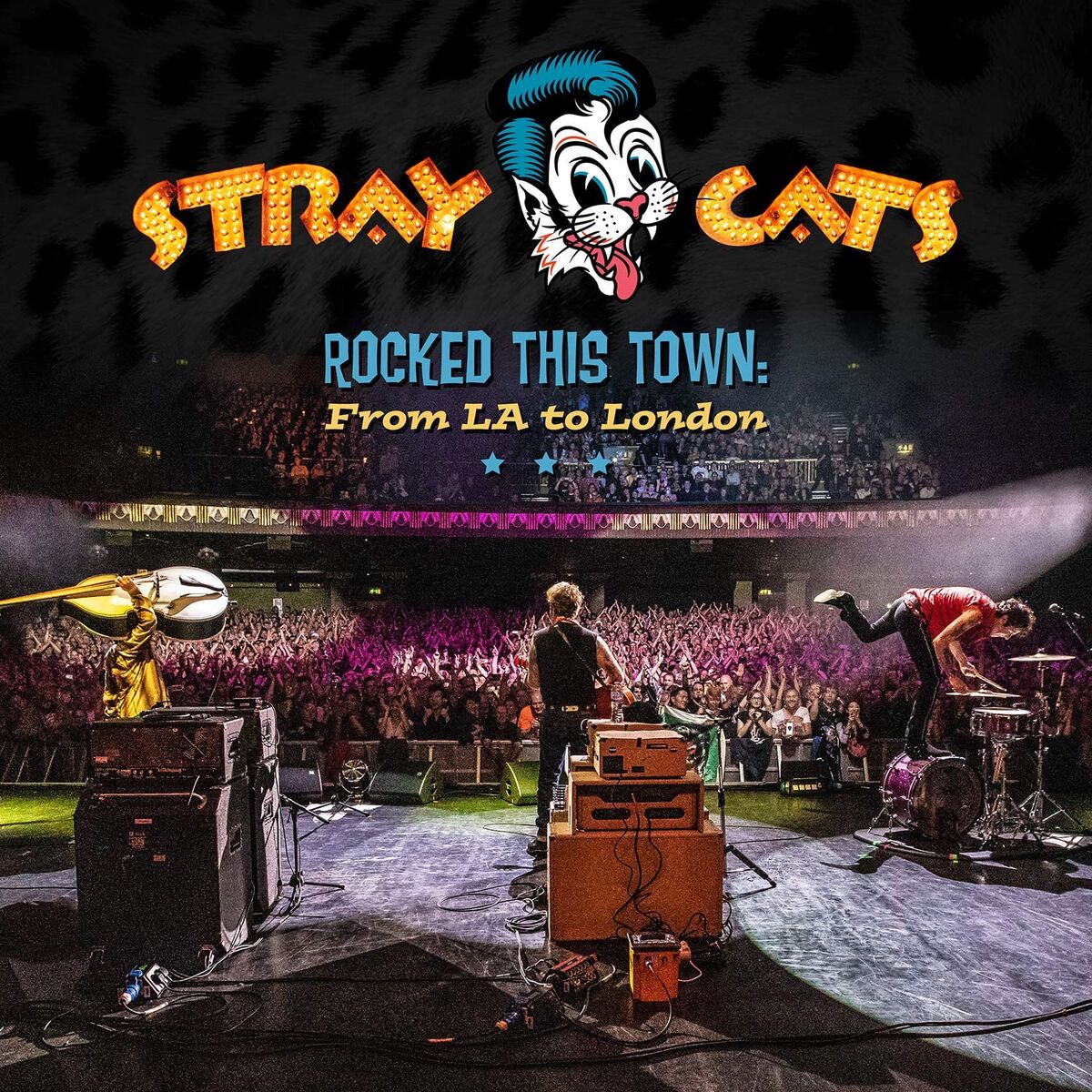 It's always tricky to write about a live album, especially about a band that has always had numerous incendiary live performances throughout the last 4 decades, like the American Rockabilly's torchbearers Stray Cats.

Back from a hiatus of 26 long years, through their 2019's studio album called 40, guitarist/vocalist Brian Setzer, upright bass player Lee Rocker and drummer Slim Jim Phantom had clearly shown, with the new record, that there was nothing slowing down the tried-and-true trademark sound of a band still running as strong as their eponymous, hugely successful debut album back in 1981.

The success of their 2019's studio album pushed (although they needed arguably any convincing at all about it) the American collective to start a new World Tour, where they would perform many songs off the 40 album, plus a generous selection of most of the Cats' classics, including some unexpected gems rarely performed live.

It seemed therefore a logical move, for this fabulous Power Trio, to document on CD a time of their career where, clearly, they are still having a lot of fun and enjoying making and playing music, now more than ever.

Stray Cats' new live album called Rocked This Town: From L.A. To London mirrors extremely well the history of a collective that might have been in and out of the music circus, at times, for relatively long periods, throughout their 40 years-plus of career but it still maintains unaltered that dynamism, swagger, buoyancy and personality that have made and still make of the Stray Cats one of the most loved and instantly recognizable bands in the world.

As musicians, the Cats have never sounded better than this, on a live record, not even on an epic collection of their live performances released few years ago and called Feline Frisky. Rocked This Town: From L.A. To London parades some of the best moments of their most recent studio album, expressing the band's full sonic solidity especially on tunes like Three Time's A Charm, Mean Pickin' Mama, Rock It Off (sublime) and When Nothing's Going Right, the latter with a very strong vocal delivery from Lee Rocker.

The Cats have always been extraordinarily clever in balancing their live set-lists and this record is certainly no exception. Few delightful surprises coming from instrumentals like Merle Travis' Cannonball Rag or the thunderous rendition of Misirlou, add even more spice to a full-on, high energy overall performance from the New York dynamite trio.

Even when Setzer is not at his absolute best, vocally, on some of the songs, his fiery and powerful guitar sound amply makes up for it, especially on some of the Cats' biggest hits, like Too Hip Gotta Go or Rock This Town.

There are also some little magical moments, during this enchanting live set, particularly for those long-time fans of the band, that come through the performance of songs like Cry Baby and Lust 'N' Love, a real treat from the Cats' 1992 album Choo Choo Hot Fish; songs that don't often see the light of the day, during the band's live performances, partially perhaps due to the Cats' very extensive song catalogue but fortunately now included in this excellent live album.

The "Runaway Boys", to paraphrase one of their many hits, are back for good and give no signs whatsoever of losing stamina or inspiration with age. Rocked This Town: From L.A. To London is a must-have album that will make you smile, sing and give you all those feel-good positive vibes, energy and joy that just live music is capable to bring. They still know how to rock a town for sure!

Rocked This Town: From L.A. To London is out now and it is available via Mascot Label Group/Provogue