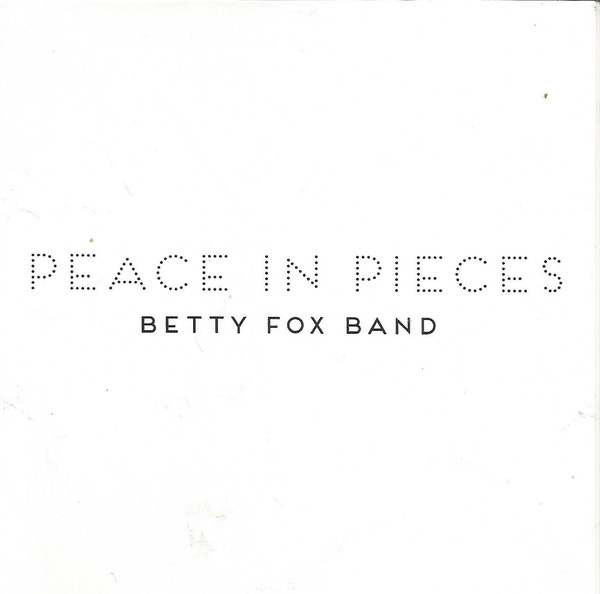 Among all the different music genres, Soul is most certainly one of those where there is not really much space, for a musician, to hide any floor whatsoever. Soul artists like Donnie Hathaway, Aretha Franklin, Otis Redding and Al Green, among many others, they were able to book their places in music history thanks to a great blend of inspired songwriting and outstanding skills, two virtues that, through the decades, have been gradually fading away to leave space to what some, arguably, may call more "fashionable" kind of music.

Sure enough, we do have some formidable singer/songwriter in the current music business, able to produce some remarkable body of work, through their songs and in many different genres but very few, through the last few decades, have been able to reproduce that 60's and 70's emotional vibe, that unique feel-good feeling that a genre like Soul music carries within.

It is therefore a great joy and relief to hear that, through the new album of the Florida-based collective Betty Fox Band called Peace In Pieces and released earlier this year, there is still, in the contemporary music circus, who has got passion enough and the desire (and most certainly the talent too) of carrying the roots, the tradition and the spirit of the two aforementioned decades deep into the 21st century with great respect and dedication. Plus, this time around, by adding some wonderful layers of R&B and Gospel here and there within their songs, enriching even more their musical message and allowing, at the same time, Betty Fox's voice to shine to an even higher level.

Following their well received 2015 album called Slow Burn, a record that had attracted the attention and curiosity of many fans and the worldwide music press, it must have been certainly challenging enough for Fox and her band, in the last 4-5 years, to write a new record that would maintain or even surpass the expectations that a great chunk of music lovers and press had mounted on this fabulous collective.

For Betty Fox, the band leader and one of the most jaw-droppingly talented singer/songwriters around, to go to the FAME Recording Studios in Muscle Shoals, Alabama and record Peace In Pieces, with the amazing studio's own Horns Section made by Brad Guin on saxophone and Ken Watters on trumpet, it must have been surely a dream come true. Adding to that special feeling the presence of one of the most iconic and renowned organist in the world that is Spooner Oldham, to record Peace In Pieces for the young singer/songwriter together with his now extended band, it must have been exciting and perhaps even intimidating, given the caliber of the musicianship in the studio, there to complete an already highly skilled band like the Betty Fox Band is.

It would be an affront to talent and musicianship to even try and dissect, track by track, a record of this intensity and enormous beauty in its whole. Peace In Pieces is an album that talks directly to the heart of the listeners, because that is exactly the place where all the songs comprised in this marvelous album come from.

Furthermore, Peace In Pieces is an album that takes you by the hand and brings you straight into the world of Betty Fox, a world where the singer/songwriter sits down with you and tells you all about her childhood and her memories related to that, the hopes, fears and losses she had gone through the years. The whole narrated by her superb singing voice, a voice so tantalizing unique, deep, passionate and powerful, a voice that exudes honesty and bags of talent through each and every note that Fox sings.

If Fox can sing Soul (oh boy, if she does!), her band of brothers certainly know how to play it. The Betty Fox Band, through their brand new record, shows once again why so many fellow musicians and fans recognize the band's Rhythm Section as among the most dynamic and cohesive Section in their field. The way that Chris Peet on drums, Barry Williams on bass guitar and Josh Nelms on electric guitar (both Williams and Nelms co-produced the album too, together with Betty Fox) lay down the sonic backbone of the album, together with Clayton Ivey on organ and gran piano and Cindy Walker and Marie Lewey on backing vocals (together with Fox herself), it is truly impressive.

You do not need to belong to any age range or to be necessarily a fan of the 60's and 70's music to love and embrace this record and its total, undeniable purity. Peace In Pieces is an album that will be forever remembered as one of the most pulsating, vibrant, emotional and enthralling records of 2020, a year that it might have changed many things in our lives, as a society, but never the way we love music and especially, the way we love records that inspires love for life. Just like this.