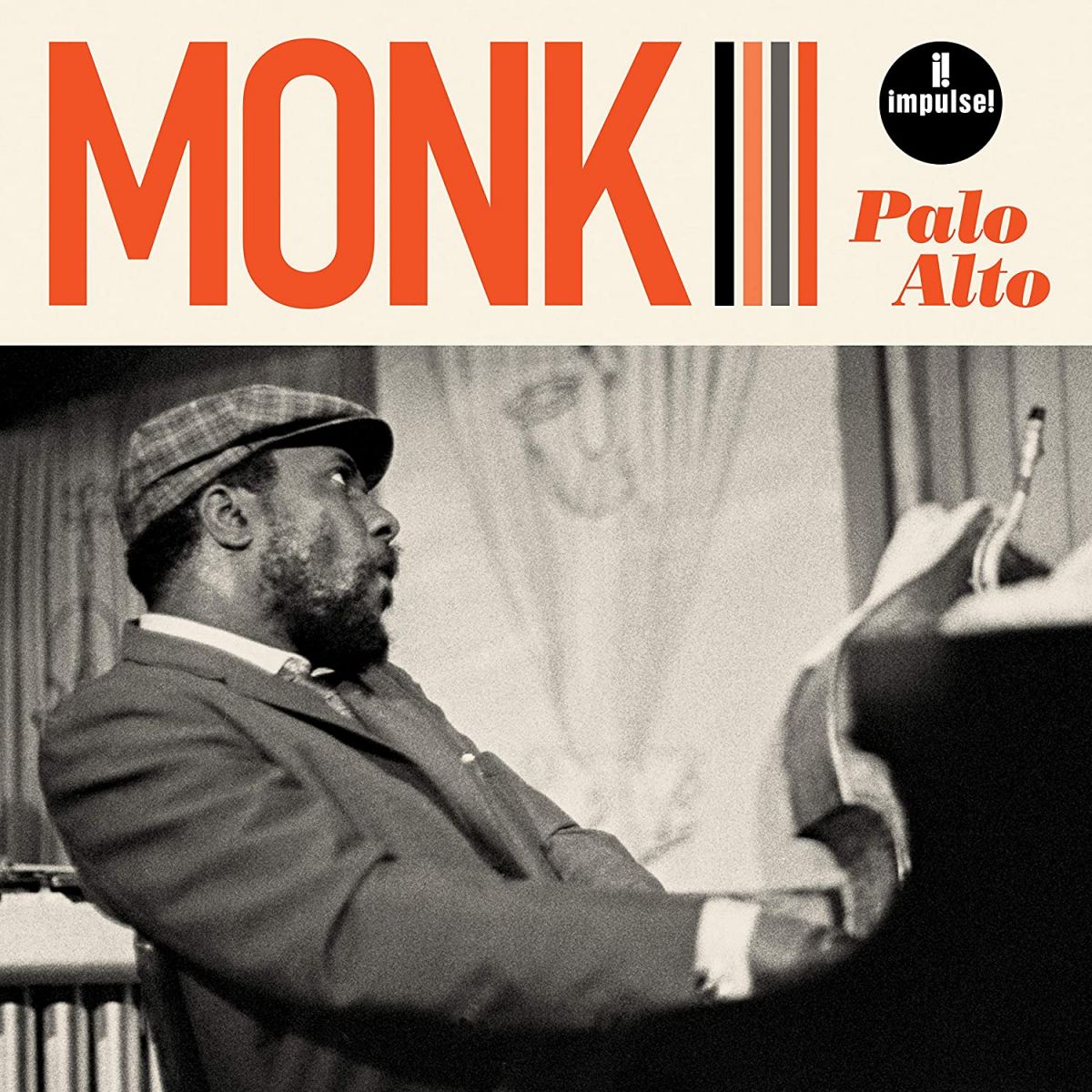 There are not many words left to describe the amount of talent of one of the most inspired and creative masters of Jazz and Be-Bop like the late great Thelonious Monk, an artist that has defined, through his own unique style, elegance and class, the history of Jazz music.

It is therefore always an event when unreleased recordings of the North Carolina-born music giant come to life, as it is the case of the 1968 live performance at Palo Alto, California, due to be released on 18th September 2020.

The history of this recording is rather singular. In the autumn of 1968, a sixteen-year-old boy named Danny Scher had a dream. He wanted to bring the renowned jazz pianist Thelonious Monk and his quartet to play a benefit concert at his high school in Palo Alto, California to raise funds for his school and to help bring about racial unity in his community. Armed with little more than a telephone, posters, a persuasive pitch, an impressive knowledge of jazz and an iron-willed determination, Scher made the concert happen.

After miraculously securing Monk’s services to perform on Sunday, 27th October 1968 for $500, Scher initially had trouble selling tickets and convincing people that Monk would even show up. With many twists and turns along the way, including Scher’s older brother having to drive to San Francisco to bring the quartet to the school, and hundreds of people waiting in the school’s parking lot to await Monk’s arrival before purchasing their $2 tickets, the concert went ahead, sold out, and was a triumph.

Surely enough, for those very lucky people witnessing this very special performance, the $2 they paid at the time may have sounded a lot but, judging by the quality present on this live performance, it was worth every penny.

Surrounded by a stellar cast of musicians, like his long time collaborator and tenor saxophonist Charlie Rouse (Dizzy Gillespie Big Band, Count Basie Octet, Duke Ellington Orchestra etc.), bassist Larry Gales (Errol Garner, Benny Carter, Sonny Stitt, Mary Lou Williams etc.) and drummer Ben Riley (Stan Getz, Kenny Burrell, Junior Mance, Sonny Stitt etc.), the show at Palo Alto exemplifies perfectly the magnitude of an artist like Monk, in one of the, perhaps too harshly defined by the music press at that time, less creative periods of his remarkable career, while he was signed to Columbia Records, his record label back then.

The Jazz Giant was clearly enjoying himself, at the Palo Alto show, as mentioned by Scher himself, reporting Monk as "..dancing around the stage and then coming back to the piano when it was the right time", that night.

While the opener Ruby, My Dear, it displays the luxurious and smooth side of Monk's playing style, together with an extraordinary performance of Charlie Rouse on saxophone, the two tunes that show in their entirety the compactness, agility and breathtaking class and musicianship of the whole ensemble playing with Monk, they are undoubtedly Well, You Needn't, originally recorded in 1948 and the even earlier recorded (1941) Epistrophy, the latter being, in our opinion, one of the finest performances recorded during Thelonious Monk's Columbia years.

Don't Blame Me and Blue Monk, they are all about Monk himself, as a composer and as a performer. His elegance, finesse, musical vision and enormous creativity emerge in all their glory through these two fine pieces and, by the time the Palo Alto performance reaches its conclusion, even despite a truncated encore of the 1925 Tin Pan Alley hit tune by Rudy Vallée, “I Love You (Sweetheart of All My Dreams), the feeling of having heard one of Monk's finest live performances ever is confirmed also by the crowd's standing ovation, with the artist saying his goodbye, because they had to leave to make their San Francisco date that evening.

Palo Alto's live performance just reminds us all, once again, the stature of an insanely talented artist like Thelonious Monk and why he is, rightly so, considered one of the pillars of Jazz history. A fabulous sonic snapshot of the career of one of the greatest Jazz artists of all times.