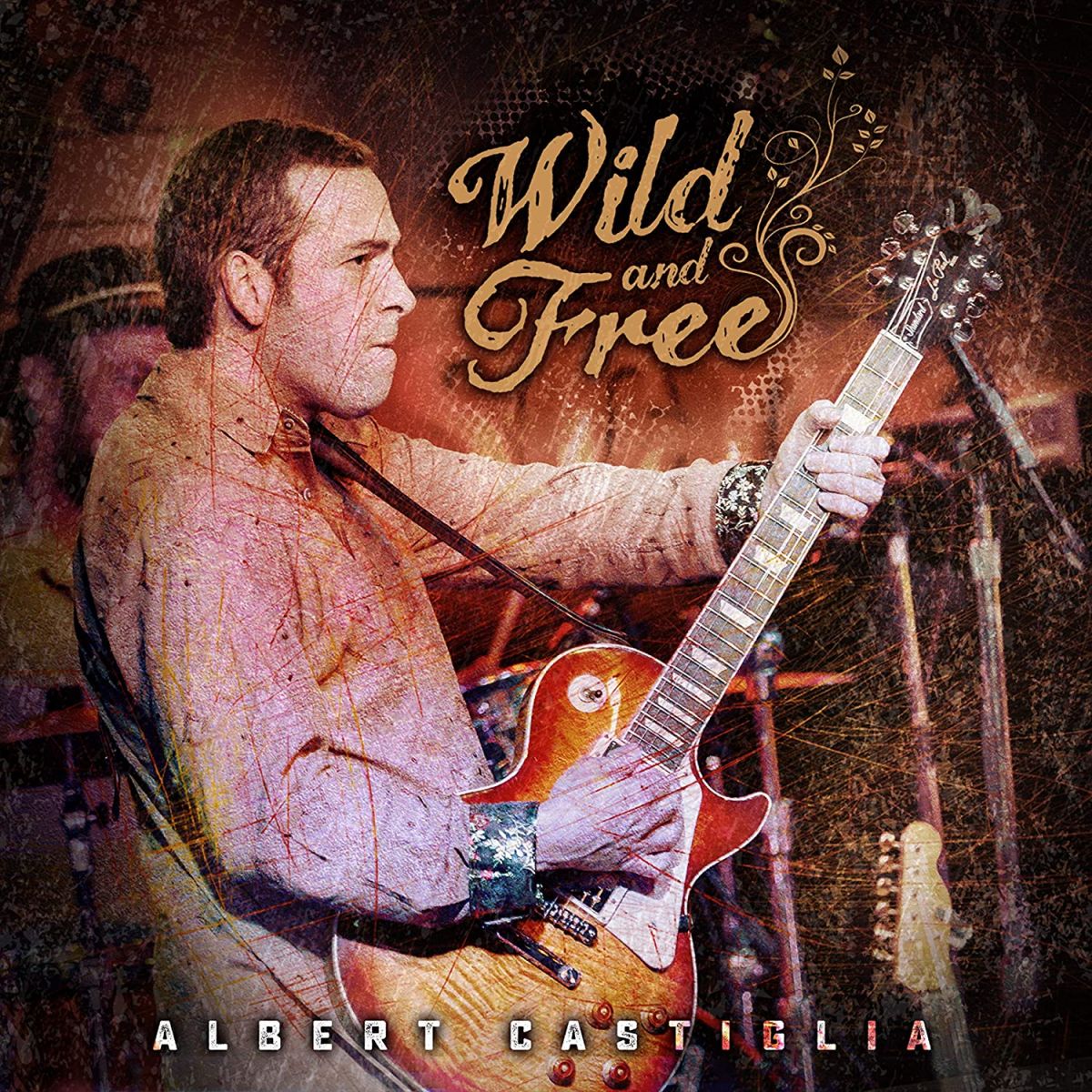 A live album is always a cornerstone, for an artist, no matter the genre played. It is that moment of vocal and sonic catharsis where an artist can get back to the core of his/her artistry and liberate that freedom of expression that constitutes the artistic essence of every respectable musician.

Blues/Rock Powerhouse Albert Castiglia, therefore, couldn't choose a better, more clear title for his new live album, called Wild And Free, a record where Castiglia unleashes completely his musicianship and mirrors accurately one of the highest points of the Florida-based artist's career to date.

Wild And Free is the result of two live shows recorded at The Funky Biscuit club in Boca Raton, Florida, a home-ground venue very close to Castiglia's heart and the perfect place, for the American Blues/Rocker, to display in full his level of artistry in all their different layers.

For those who have followed Castiglia's career from the early days, the cocktail of songs chosen by the guitarist and singer/songwriter to be part of the set-list present on the Wild And Free album, it won't represent a huge surprise, given the fact that Castiglia has always been keen to show how much he has grown, as an artist, especially from the 2014's Solid Ground album onward, in our personal opinion.

The 2020 Blues Award winner makes a clear statement of what the album is going to sound like since the first notes introducing Let The Big Dog Eat, from the Big Dog studio album, where Castiglia attacks the opening song of the live record with his trademark approach on guitar, ferocious and full of intensity at the same time.

Wild And Free displays an artist that is not willing to take off the foot from the musical accelerator not even for a second. From Hoodoo On Me, with a very impressive work made by Castiglia's Rhythm Section, through the Chicago Blues swagger expressed on Get Your Ass In The Van and right to an extraordinary demonstration of Castiglia's guitar ability on the Keep On Swinging tune, the record just keeps on providing that raw, sweaty, unstoppable energy level that should be at the center of a live album always.

Then, there is Castiglia's exceptional quality as a singer too, which deserves a separate note. In the last 5-6 years of the artist's career, Castiglia's growth as a singer as well has reached such an incredible level of confidence, power and intensity to make him one of the most loved and respected artists in the Blues/Rock musical field. Traces of Castiglia's ability also as a singer can be widely noticed in songs like Searching The Desert For The Blues, among others and especially on the song Heavy, off his latest studio album Masterpiece, one of the many jewels of that studio album that here, on the Wild And Free album, just get to display, once again and in its entirety, the impressive point in his career that Castiglia has reached, right now, in 2020.

Wild And Free also sees fellow friends and artists in their own rights like Mike Zito, Lewis Stephens and John Ginty joining Castiglia on stage, with the latter (Ginty) providing especially  a fabulous performance on keys both on Johnny Winter's cover of Too Much Seconal and on the Lovin' Cup tune, where he and Zito on guitar bring the right sonic ammunition to those tunes where Castiglia is, literally, unstoppable, especially on guitar.

In a time like this where the world is at a complete halt for very unfortunate reasons, including live music, Wild And Free is a record that provides in full, to new and old fans both of Albert Castiglia and Blues/Rock in general, the complete package about Castiglia's talent and also on what a live performance should be all about. Music needs to be Wild, before it gets Free, so to allow artistic purity to come to surface. Something that Albert Castiglia has done extremely well, on his brand new record.