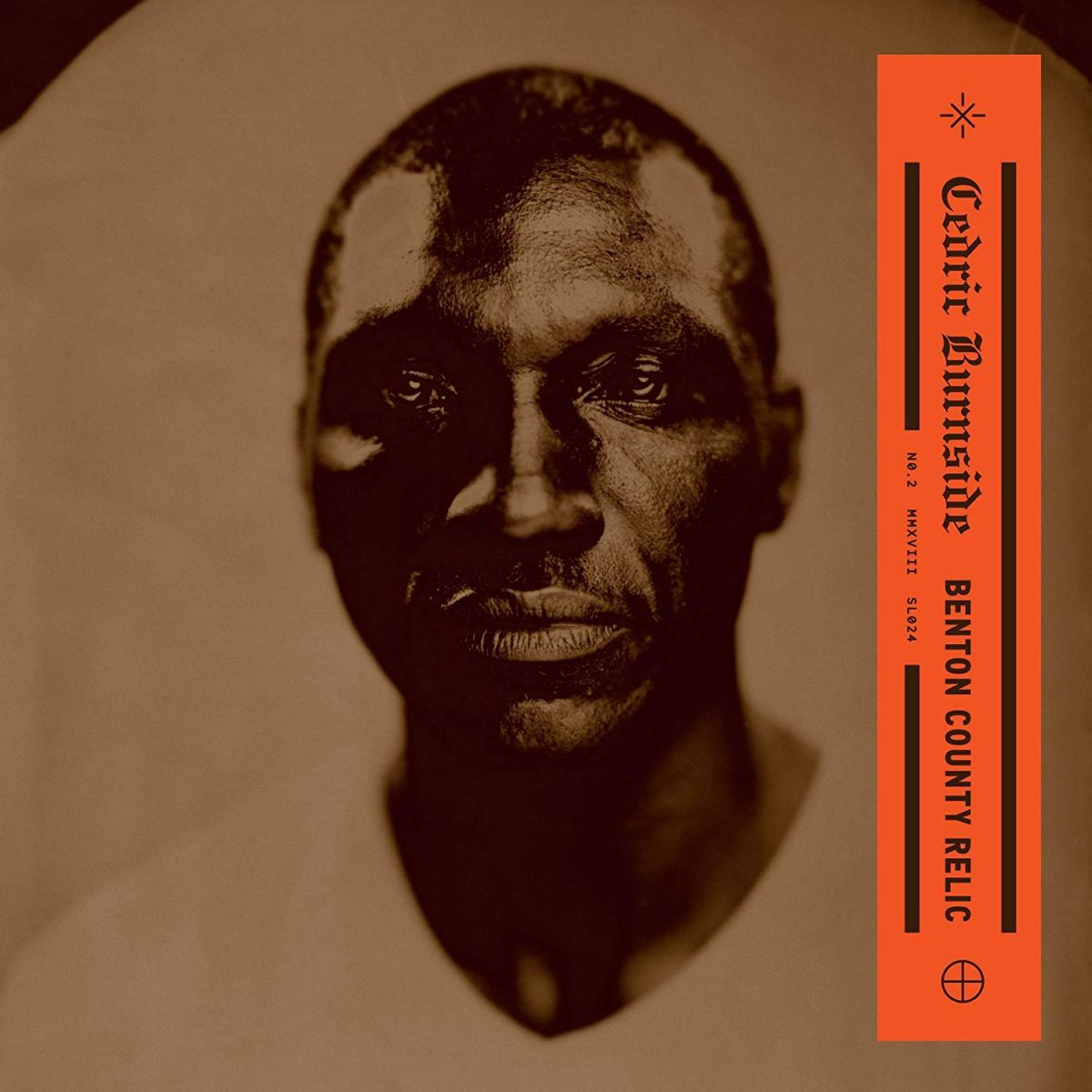 It's always an event when a new Cedric Burnside album is released, for many different reasons. First and foremost, to remind us all of the huge contribution that the Mississippi Hill Country sound has given, in the last half a century and beyond, to the fundamentals of Blues in its entirety, through artists like R.L. Burnside, Mississippi Fred McDowell or Junior Kimbrough, for example.

Another good reason is that Cedric Burnside is one of the very few artists left in the world capable to recreate perfectly the Hill Country sound and atmospheres, thanks to his instinctive, inner ability to adapt the mood and the vibes of the Hill Country Blues to his personal tales about life, loss, fears and hopes.

Living temporarily aside the Cedric Burnside Project, the Mississippi Award-winning multi-instrumentalist and singer/songwriter has decided to go solo on his brand new album, called Benton County Relic, a record where Burnside digs even deeper than he has ever done on past records, from a lyrical perspective, into events that impacted his personal life in the last couple of years. Events that the American artist has been able to translate, lyrically and sonically, through twelve brand new songs of an impressive depth of intensity and raw honesty, two aspects that have always been at the core of Burnside's musical vision.

When Burnside hit the studio to start the sessions of what then would have become Benton County Relic, he was so inspired that he put down something like 26 tracks in just two days. By working incessantly in studio on the material, together with his collaborator on this album, the drummer and slide guitarist Brian Jay, Burnside then picked the 12 tunes that he thought were the right ones for the album, the songs that would better define where the American artist is right now, at this stage of his life and career.

The choice of the material that ended up on Benton County Relic was most certainly the right one for Burnside. The new record shows fabulous depth of musical maturity, from a sound perspective, thanks also of the artist's intuition of enriching, on some of the songs, the standards of the Hill Country Blues sound with layers of saturated guitars, adding an extra spice to the already rich and powerful trademark sound typical of Cedric Burnside's music.

Every time that Burnside releases a new album, it almost feels like he is releasing instead a new chapter of his autobiography, in music as in life and Benton County Relic is no exception. The 12 songs included in Burnside's new album have got an incredibly intense emotional impact, with every note and every word played and sang by Burnside in such a way that the artist allows, through his delivery, to migrate that emotional impact coming from his songs straight to the heart and soul of the listener.

Benton County Relic has that unique gift to be able to speak to people directly and without compromises about life in general, using the huge raconteuring skills of Cedric Burnside's personal life as the perfect platform to introduce subjects like love, lust, religion, family, all matters in which all of us can identify ourselves in everyday's life.

Burnside chisels some true masterpieces, on his new record; Hard To Stay Cool, one of the most emotional moments of the album, is a song inspired by the loss of a family member and reveals the soulful and meaningful side of the American artist at its very best.

A particular mention goes also to one of the best ever crafted songs from the American multi-instrumentalist called Call On Me, a song inspired by Burnside's three daughters, where Brian Jay on drums maintains such a perfect beat, allowing Burnside to elevate his artistry on new highs, through the quality of his vocal delivery and the beauty of his guitar playing, becoming almost like just one body and one soul altogether, on this amazing number.

What impresses as well overall about the album, is how cleverly Burnside manages to balance the roots of the Mississippi Hill Country Blues sound with a more contemporary twist to it. In that respect, the last two songs of the album represent perfectly where the past, present and potential future of the genre stands. From the traditional sound of a song like I'm Hurtin' to the closing Ain't Gonna Take No Mess, a song where Burnside's trademark Hill Country Blues formula pushes into slightly more rock territories, the artist, maybe unconsciously, also takes the opportunity, through this record, to show to the new fans where the Hill Country Blues comes from and where it is likely to move, in future.

Benton County Relic is an impressive record that explain, once again, why Cedric Burnside is (rightly) considered one of the most inspired Bluesmen of the last quarter of a century, confirming, at the same time, the American artist as the real torchbearer of the sounds and the traditions of the Mississippi Hill Country Blues for many years to come.