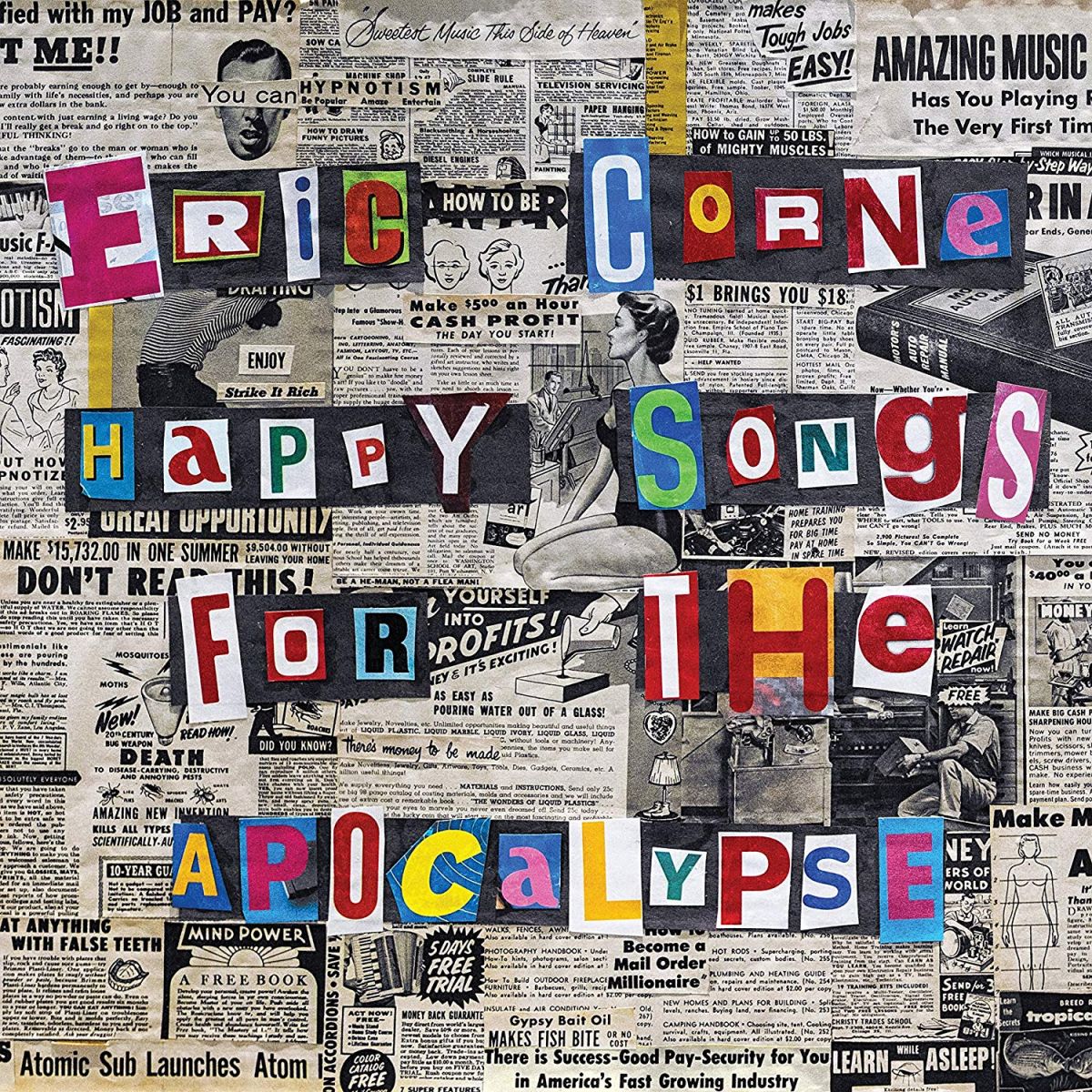 Our website has reviewed many records, during its lifetime, some very good, some other extraordinarily good and in both cases, for unknown reasons, most of those records did not end, as they well deserved should have, in the top worldwide charts, most likely due to the music business too often preferring to invest on appearances, rather than substance.

And when it comes to substance, the Producer, Engineer, Label Owner, Multi-instrumentalist and Singer/Songwriter Eric Corne has got bags of them, in every of the aforementioned fields. An artist that has been working for a few years now, as Producer and Engineer, with the elite of the music world (Walter Trout, John Mayall etc), Corne released his debut album in 2015 called Kid Dynamite & The Common Man, a record that showed great promises, as a musician too, of this young but extraordinarily talented artist on many different levels.

Where Corne's 2015 debut was pointing to many possible directions to take, musically speaking, the Canadian-born artist's new record Happy Songs For The Apocalypse opens his artistic wings in full in an exceptional way, with remarkable results.

Despite the controversial album title, Happy Songs For The Apocalypse is a tantalizing journey to the heart and soul of an artist that openly manifests his love for the country that has adopted him (United States), through a series of fabulously crafted musical vignettes expressing Corne's hopes, fears and disillusions, clearly referring to one of the most difficult and critical political and economical periods that the United States has ever faced in the last half century, happening right here, right now.

Stylistically, both from a sonic and from a lyrical perspective, Corne has chiseled one of the best albums of the last decade. Happy Songs For The Apocalypse is a record that speaks, in the most literal sense of the word, from the artist's heart to people's hearts without pulling any strings, often trying to grab instead their attention about the way that we are all dealing with distracting (and sometimes destructive) materialism, like he so beautifully describes in the song Pull String To Inflate (...Where do you get your news, do you pick and choose, do we have a clue....) (...It seems the future's running a little late, I'm driving backwards through a different day, pull string to inflate) or warning about corruption happening everywhere in the country through one of Corne's best ever crafted songs to date, called Short Wave Preachers (.. Joan Of Arc doesn't live here anymore, just leaders looking for pay...).

But it is not all about darkness, in Eric Corne's lyrics. The artist does not allow the American Dream to fade away through the demons of the present, but he reinforces instead the concepts of love and hope for the future, as the artist sings in the wonderful, stripped-down closing track called Sing, Little Darlin' Sing (...When your heart aches don't conceal, open yourself up to feel it, Sing, Little Darlin' Sing...).

Corne forges, in his new record, a perfectly balanced sound structure of genres like Americana, Folk and Blues/Rock. Happy Songs For The Apocalypse's songs are packed with superb bridges and choruses, something that shows, together with Corne's many musical skills, also the inner ability of the Canadian artist to be able to write songs containing great lyrical depth and intensity with, at the same time, strong melodies and a singing voice that gets stronger and stronger on each passing record.

If there is any kind of apocalypse coming upon us, Eric Corne's musical ship is among the safest places where every fan should dream to be. Happy Songs For The Apocalypse is an artistic jewel of rare beauty to listen again and again and to treasure for years to come. Stunning record.