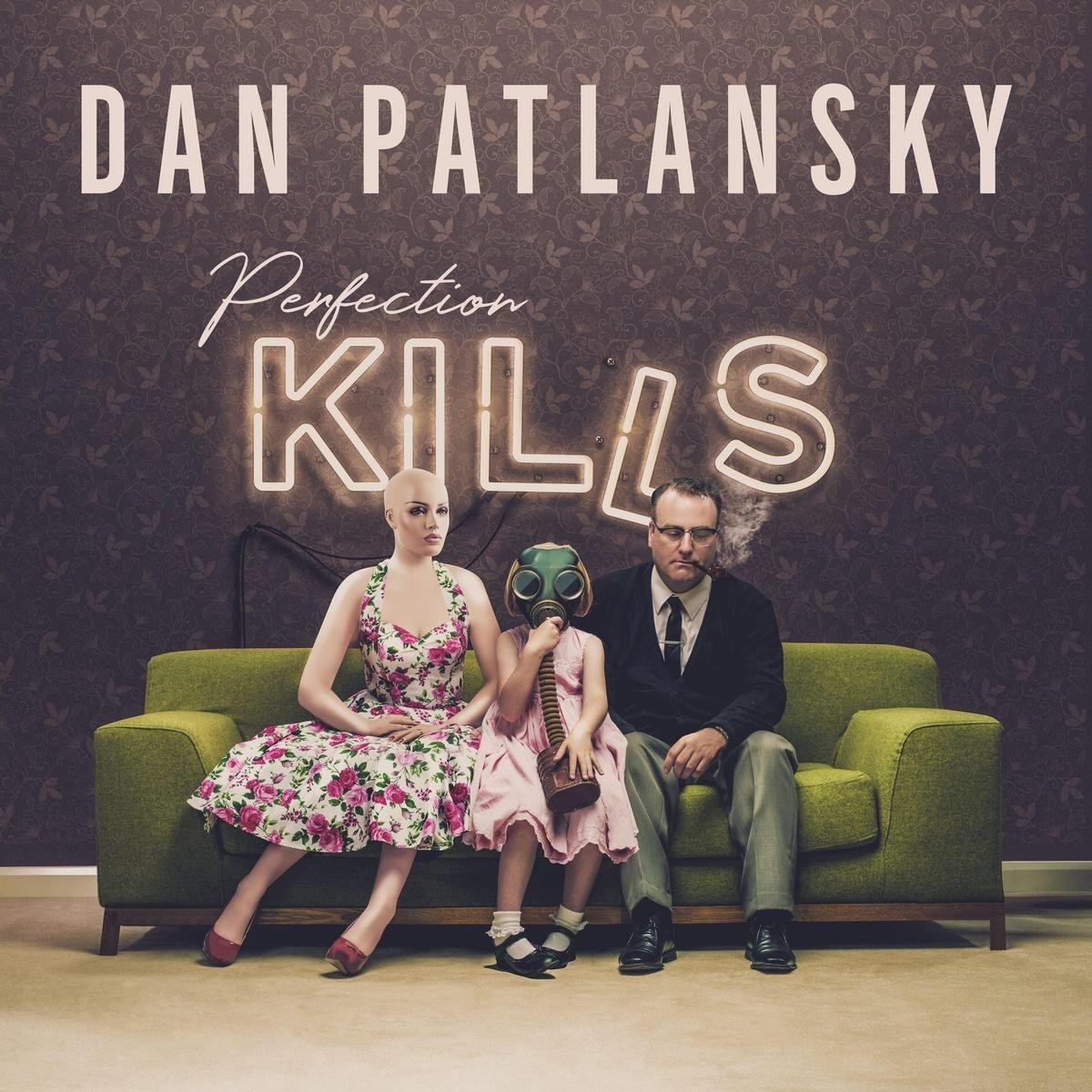 Since the massive, global success of an album like the Dear Silence Thieves back in 2014, blues/rock has never been the same again for a country like South Africa and, most importantly, for its creator, guitarist and singer/songwriter Dan Patlansky.

The amount of curiosity and admiration coming from the music press and the worldwide blues/rock community pushed the South African artist's fame from national notoriety to a more global and well deserved success all over the world. From that point on, virtually nothing has been stopping Patlansky in his ascension to blues/rock stardom, something that the thunderous follow-up 2016 album called Introvertigo confirmed in full, through a combination of well crafted songs packed with lyrics of a strong, social and personal depth, accompained by a sound verging into more rock territories. On both the albums aforementioned, Patlansky worked with producer Theo Crous, in a working relationship that the artist himself described as "challenging" in the beginning but then growing massively, once that the two got to know each other's approach to music and understood the ways they both liked to work on records.

Patlansky's artistry as a studio musician and as a live performer has never been in doubt, therefore, given the confidence gained by the guitarist and singer/songwriter in later years, to become also the producer of his brand new album out now, called Perfection Kills, it was an almost inevitable step in the artistic growth of Dan Patlansky.

Perfection Kills is, in its title and its context, an album that defines entirely Patlansky's philosophy as a musician and as a songwriter. Far from being a record which would follow the definite sonic pattern that the predecessor Introvertigo had, Perfection Kills feels instead more like as a free-form type of album, where Patlansky dresses his songs according to their moods and vibes, through music genres close to his heart, like blues, rock and, at times, even funk.

The way that Patlansky builds the album is cleverly constructed. The new record's openers Johnny and Never Long Enough feel like the natural segue, soundwise, to the artist's last studio record Introvertigo, thanks to an irresistible combo of powerful guitar riffs and well built bridges and choruses. The addition of a keyboard player, Dean Barrett, to Patlansky's tried-and-true rhythm section, brought as well an extra element of excitement in Patlansky's new offer, something that shines very brightly especially in songs like Never Long Enough or in the slightly syncopath rhythm of Shake The Cage, a song where the South African guitarist crafts, in our opinion, the best vocals of the album.

When everyone expects Patlansky to follow the sound path expressed on the initial one-two of the album, out of the blue comes a song like Mayday, where Patlansky reveals brand new aspects about his vocal skills. In a tune about the importance of human relationships, Patlansky's usual graspy and raucous singing style goes down a couple of notches, revealing the elasticity of Patlansky's vocal chords, resulting in a vocal performance of a remarkable beauty and lifting the emotional depth that the lyrics of this song carry on another level.

The following Too Far Gone brings back Patlansky and his band in pure Rock Land once again, with the artist's band delivering one of the strongest performances of the album, with Clint Falconer on bass and Andy Maritz on drums displaying brilliantly their musical muscles in great style.

Perfection Skills incorporates often moments of pure brilliancy. Judge A Man is a formidable slow-tempoed blues song, masterfully executed by Patlansky and his intense guitar playing style adding even more poignancy to one of the true highlights of the album.

The song iEyes is certainly the tune where Patlansky challenges his fans the most. Layers of funk enrich Patlansky's already fat guitar sound, in an exciting and interesting musical mash-up that surprises and entertains at the same time.

The tracks Junket Man and the closing Dog Day are the ultimate knock-out rock punches of Perfection Kills. Patlansky's musicianship is present at 360 degrees; the power of the executions and the intensity of the songs are of a very high standards, superbly executed by an artist completely in control of his music message.

To some, Perfection Kills will sound like not the most cohesive album of Patlansky's career but there is a great pro side to it. This is the record of a musician that does not need to follow or adhere to any music standard because his confidence and his talent are strong enough to tell him precisely what his songs need to sound like, without having to compromise the artist's content of his music manifesto. If it is true, like Patlansky says in the album's title, that Perfection Kills, we rather prefer to get imperfect but honest and immediate records like this and we wouldn't like Patlansky's music in any other way.

Perfection Kills is out now and it is available via Amazon