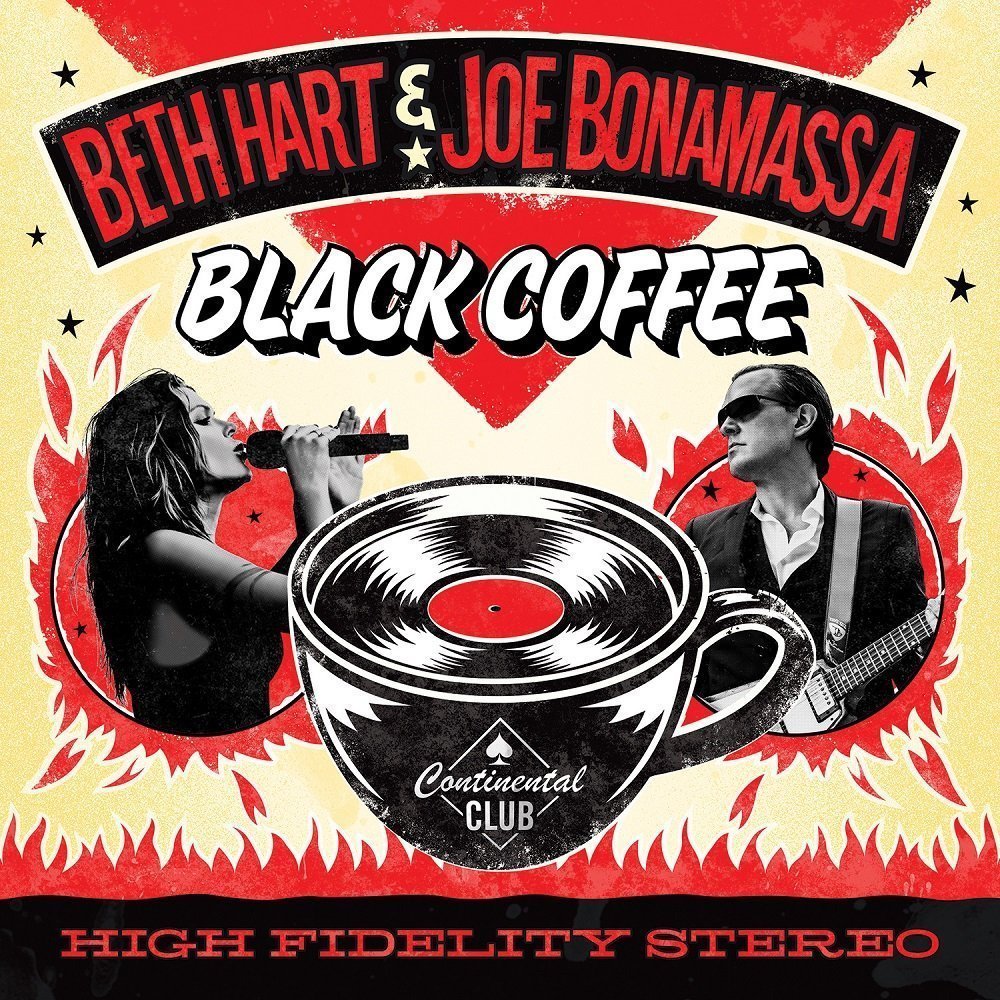 After five years from the release of its highly successful predecessor, Seesaw, the brand new album from blues/rock Titan Joe Bonamassa and Powerhouse singer/songwriter Beth Hart was long awaited from both artist's worldwide fans and the music press. Considered as the hottest record release of the past weekend, Hart & Bonamassa's third effort, called Black Coffee, follows the previous album's concept, which see both artists covering classics of R&B, blues and soul through their own unique signature style, something that has been a winning factor on their previous albums Don't Explain and Seesaw.

They say that a winning Team doesn't need to be changed, therefore, for both Bonamassa and Hart, to have once again producer Kevin Shirley working with them on the making of Black Coffee, was the most obvious choice for The Dynamic Duo's new record.

The new album shines immediately with fatter and richer arrangements, straight from the start, through the record's opener Give It Everything You Got, where Bonamassa's gritty guitar introduces a tune with a strong R&B sound carpet, incorporating as well a vigorous rock and roll underlay that runs through the whole song, with remarkable results. Hart belts out an extraordinarily powerful vocal performance, confirming not just the quality and the strength of the L.A. artist's vocal chords but also the fact that the singer/songwriter is currently living one of the most successful and inspired stages of her career.

The first half of Black Coffee explains why, artistically, Bonamassa and Hart represent a music match made in heaven. The combustion of raw power and drama that Hart's voice carries within, combined with Bonamassa's supreme guitar skills, produce some really sublime moments on the new record. One clear example of this explosive music chemistry can be found in the album's entertaining and energetic title-track, or in the highly emotional version of Ella Fitzgerald's Lullaby Of The Leaves, where Hart and Bonamassa both deliver what they do best at a very high levels, vocally and musically.

Speaking of music, it is important to highlight the quality of the work done by the studio musicians present in Black Coffee. Among such musicians, the talented Usual Suspects (already present on Hart and Bonamassa's previous records) Anton Fig on drums and percussion and Lee Thornburg on trombone, trumpet and horn arrangements show, through some remarkable displays of music artistry produced on this album, why they both are so highly respected by the elite of the worldwide music business.

Another fully deserved mention of the stellar job made by the musicians playing on Black Coffee goes also to Reese Wynans on piano and keyboards. His fine performance on Damn Your Eyes, in particular, is absolutely splendid and the atmospheres he creates through the notes of his piano help to elevate even further the mood and the vibes of this wonderful version of Etta James's classic.

The second part of the record might be, perhaps, not at the same level of intensity of the first part of Black Coffee but the quality of songs like Sitting On Top Of The World and Joy certainly make up for it.

Sitting On Top Of The World, a blues tune that has been covered by the cream of the music industry through the years, incorporates in full the spirit of the artistic (and highly successful) collaboration between the guitarist and the singer/songwriter. Bonamassa's blasting guitar sound leads the way to a Rhythm Section in superb form, in a slow-paced blues where Beth Hart's soulful and passionate vocal delivery takes the whole song to another level.

Lucinda Williams's cover of Joy brings to the sound of Black Coffee a more rootsy feeling, through a version executed with great energy and level of intensity by both artists. The different layers of guitar sound present on the tune help to build an hypnotic and, at the same time, nervous tension that runs through the whole tune, with Bonamassa and Hart chiseling together the perfect outcome to a song expressing musical synergies at their very best.

It's refreshing to see how well two big guns of the music industry, like Joe Bonamassa and Beth Hart, combine their respective talents in such aptly manner, putting once again their egos and huge artistic status aside and solely concentrating in making great music. Black Coffee might be, in a couple of instances, not as cohesive as a record like Seesaw was, but it is still a record superbly played, sang, arranged and produced, displaying two artists at the top of their games. Undoubtedly, one of the records to treasure for 2018.