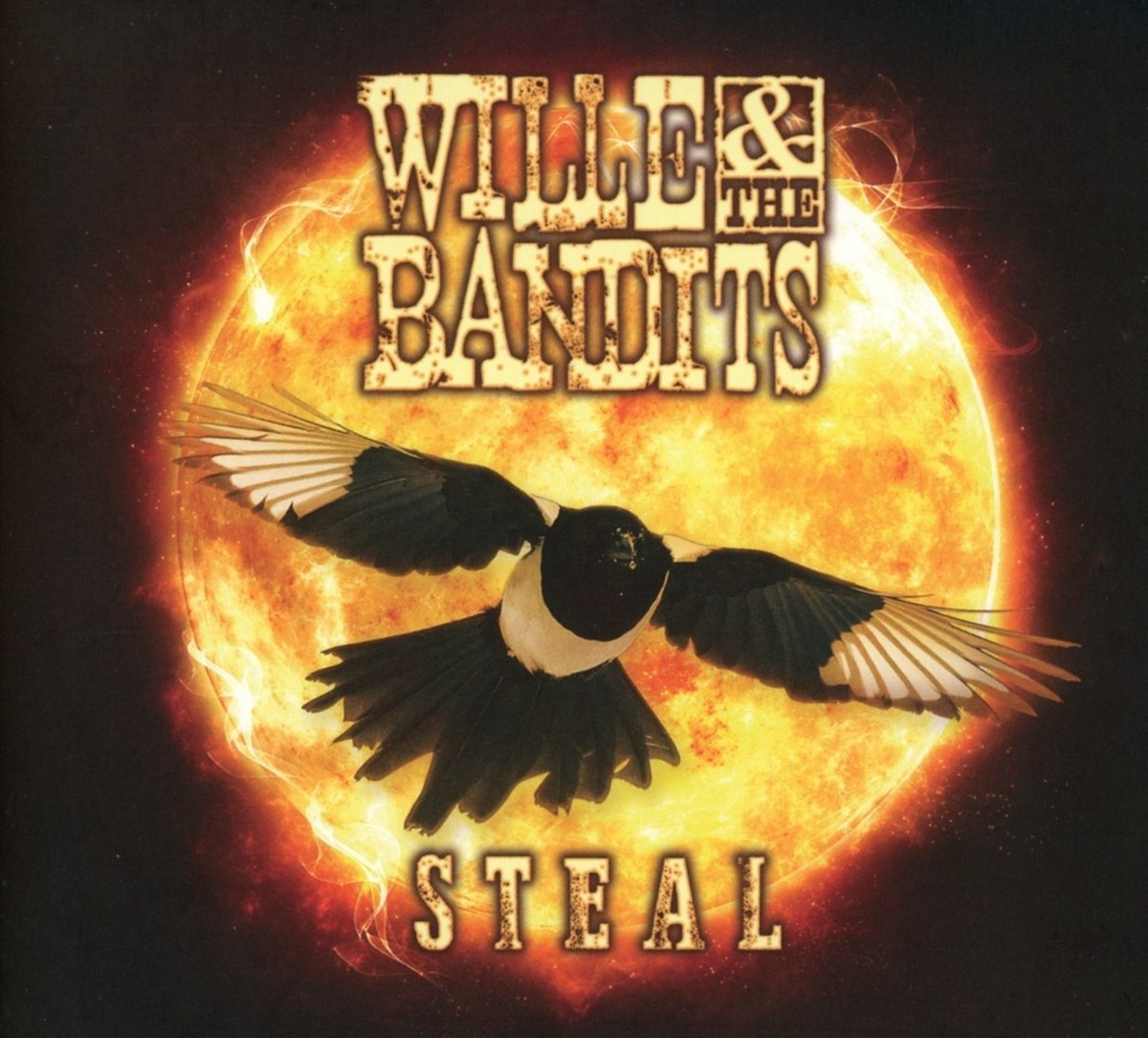 Cornwall is not just one of the prettiest areas of the United Kingdom, often chosen as the preferred destination for many holiday makers but it is also a very active, dynamic and creative part of this country, when it comes to make music.

After collecting numerous accolades from the whole of the UK music press for their first three self-released albums, the collective and local heroes Wille & The Bandits have released, back few months ago, a brand new record called Steal, which it doesn't just reinstate the collective as one of the most innovative and original bands of the blues and rock circuits but also as one of the most experimental.

Recorded completely in analogue locally, at The Grange Studios in Norfolk, Steal is a record that shows a band in excellent form, pushing even further their musical boundaries in uncharted territories, with remarkable results.

Despite the relatively young age of Wille Edwards (vocals, guitars), Matt Brooks (bass guitars, backing vocals) and Andrew Naumann (drums), the quality of their craftmanship is of a very high standard and it emerges in different forms and shapes throughout the whole album.

There is no doubts that Wille & The Bandits know how to put down exquisite structures to their songs playing different genres, even when they push themselves into musical paths made of 70's psychedelia, like in the tune that closes the album, Bad News.

The album showcases the whole package about the Norfolk Trio, from a musical and a vocal perspective. Wille Edwards is not just a very accomplished musician, able to create extraordinary atmospheres through his guitars but also a vocalist of great class. His singing style displays great versatility and power and the quality of Edward's singing style on songs like Hot Rocks, 1970 and Living Free, among others, is truly excellent.

When the whole band pushes the accelerator button, great quality then becomes excellence. The song Atoned is a ballsy and boombastic rock explosion, with an incredible amount of energy emerging through the irresistible guitar riffs of Edwards and the impressive power expressed by the Rhythm Section made by Brooks and Naumann.

This is a collective that clearly loves to create music not for self-indulgent purposes but rather for passion and also to entertain their listeners. In that respect, a song that shows their artistry at the very best is the rock ballad Our World, containing some of the most inspired lyrics of the whole album. Andrew Naumann's great performance on djembe on this song also adds almost a world music vibe to an already very refined tune and confirms once again the artistic strength of Wille & The Bandits as a collective.

Through the years, Wille & The Bandits have built themselves a solid reputation, not just through their records but also thanks to their thunderous live performances and we have no doubts that Steal will sound great live as much as it does in studio. If you ever get the opportunity to go and see the Cornwall Power-Trio performing live anywhere in the United Kingdom, together with getting a copy of their just released and available only at their shows Live album, do not forget to get a copy of the Steal album too. Because that is the album where you will feel and appreciate the real core of Wille & The Bandit's music.