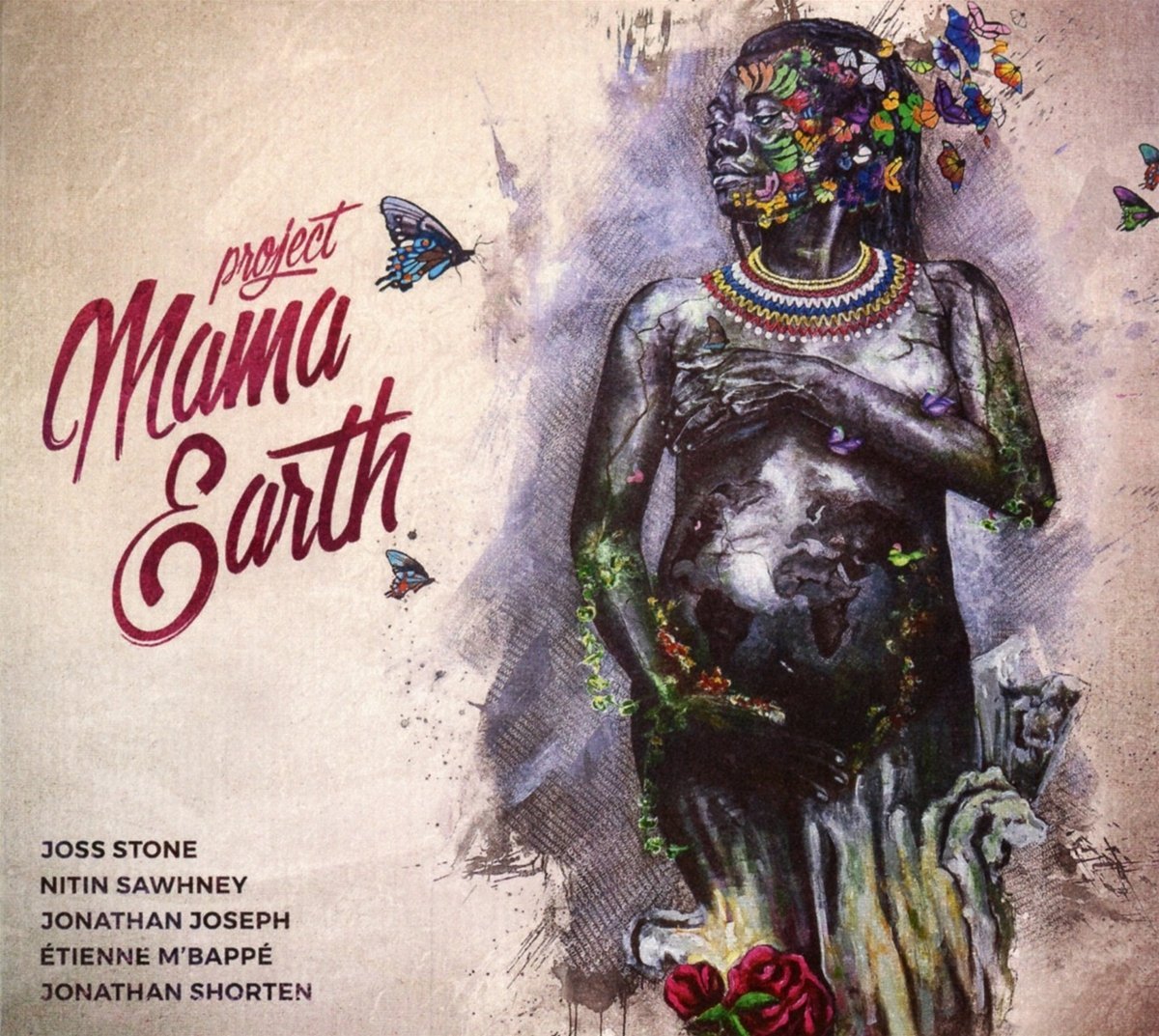 There is always a special feeling for a music fan when buying a new record and pressing the "Play" button on the Hi-Fi to explore that new purchase. It's that mixture of trepidation and expectations, the hope of capturing that sparkle, that magic, in a record that would catapult such listener in an enchanted and exciting place, somewhere else in the world.

On this respect, the EP Mama Earth by Project Mama Earth, a mini-concept album about the power of nature, assembling a group of extraordinarily talented musicians, fulfills every music lover's expectation in full, from beginning to end.

When British, internationally acclaimed Soul and R&B Diva Joss Stone invited in her studio in Devon guitarist Nitin Sawhney, drummer and percussionist Jonathan Joseph, bass and guitarist player Étienne M'Bappé and keyboard player Jonathan Shorten, all musicians with solid background and experience, the collective’s initial idea was to create something spontaneous and immediate on the spot, a mutual exchange of ideas and improvisations that would reflect in full the core of their musicianship.

For some of the band members, the 10-days studio session needed to record and produce Mama Earth were a sort of an old friend's reunion, given the fact that Stone and Joseph had been working together, back in 2003, on one of Stone's most famous records, her debut album The Soul Sessions, which sold more than five million copies worldwide.

The idea of writing and recording material for a musical project that would incorporate the characteristics sounds of Africa and, at the same time, launching a clear message to everybody about the importance of preserving and protecting earth and nature, it was something that Joseph had thought of since 2013. When the opportunity then finally arose to materialize this idea, Joseph had no doubts whatsoever in his mind that only Joss Stone would have been the perfect one to take the lead vocals for the Project Mama Earth group.

It's rather exceptional that a group of musicians, with no lyrics or any pre-recorded musical sketches prepared, would be able just to plug in, start jamming and to come up with six brand new songs (plus five interludes among each track) of the quality of those present on this EP.

Each of the album's songs, despite the common denominator about Mother Nature, have got each a unique story to tell about the power of life, thanks to some very refined arrangements made through the remarkable musical skills of the band members plus Stone’s amazing vocal deliveries. The collective fuses, with great craftsmanship, elements of jazz, soul and R&B in the opening tune Mama Earth, expanding, later on the record, this wonderful sonic melting pot to funk as well, in the most up-tempo song of the album called What Would She Say?

There are also moments of great musical mysticism in some of the songs included in Mama Earth. Joss Stone’s outstanding vocals, on tunes like Entanglement and especially Spring, a song that exudes class, elegance and soulfulness of incredible quality, add a very special cherry on the cake baked by the Project Mama Earth, helping to lift up two notches the whole feeling and the wonderful vibes emerging from this record.

Mama Earth is not just a record created in support of the Community Development Network in Cameroon, Africa but it is possibly (and hopefully) also the beginning of a new musical journey for each musician involved in the project. There is so much class, inspiration, talent and intensity expressed through this record by this magnificent collective that would be a real shame to leave it as a one-off release. The Music World needs Project Mama Earth just as much as nature would need water to survive. A truly splendid album.