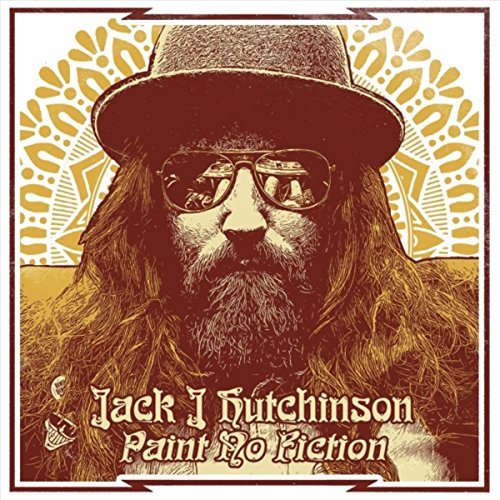 Some artists really cannot stop producing new and exciting material, especially when they have got something highly valuable to say. British artist Jack J Hutchinson previously released a very well received album, in 2017, called Set Your Heart For The Sun, together with his side project Boom Boom Brotherhood, a record which received numerous and positive accolades by music fans and Music Press but the singer/songwriter, evidently, had more hidden aces up to his sleeves.

Hutchinson's brand new album, called Paint No Fiction captions perfectly one of the most productive and inspired stages in the career of an artist that is able to build great melodies combined with a remarkably solid songwriting style.

The British artist displays, through the songs of Paint No Fiction, a deep understanding and knowledge of genres like blues, boogie, 90's British rock and 70's American psychedelia, the whole offer packed in a record where Hutchinson's many abilities of singer, guitarist and songwriter come even more right to the surface even more than on his previous record released with the Boom Boom Brotherhood.

Paint No Fiction is a record that makes you dance, reflect, sing out loud and feeling emotional. Most importantly, Jack J Hutchinson knows very well how to build songs with irresistible bridges and choruses and that constitutes the real key factor of a stylish record like Paint No Fiction. Whatever the music style in which Hutchinson's songs are performed, like the infectious rock and roll's album opener Deal With the Devil, for example or the beautifully crafted foot-stomping blues of Skin And Bones, the British artist's inner talent in creating song structures of remarkable finery is truly excellent.

One of the most intimate moments of the record is, without a shadow of doubt, a splendid acoustic ballad called Send Me A Signal. The quality of Hutchinson's vocal delivery is extraordinarily intense and poignant and the song's lyrics are some of the most beautiful and heartwarming that Hutchinson has ever written throughout his career.

Paint No Fiction is Jack J Hutchinson's ultimate passport for global music stardom. Moreover, it is the proof that passion, talent, honesty and artistic integrity always pay off.