Samantha Fish - Belle Of The West 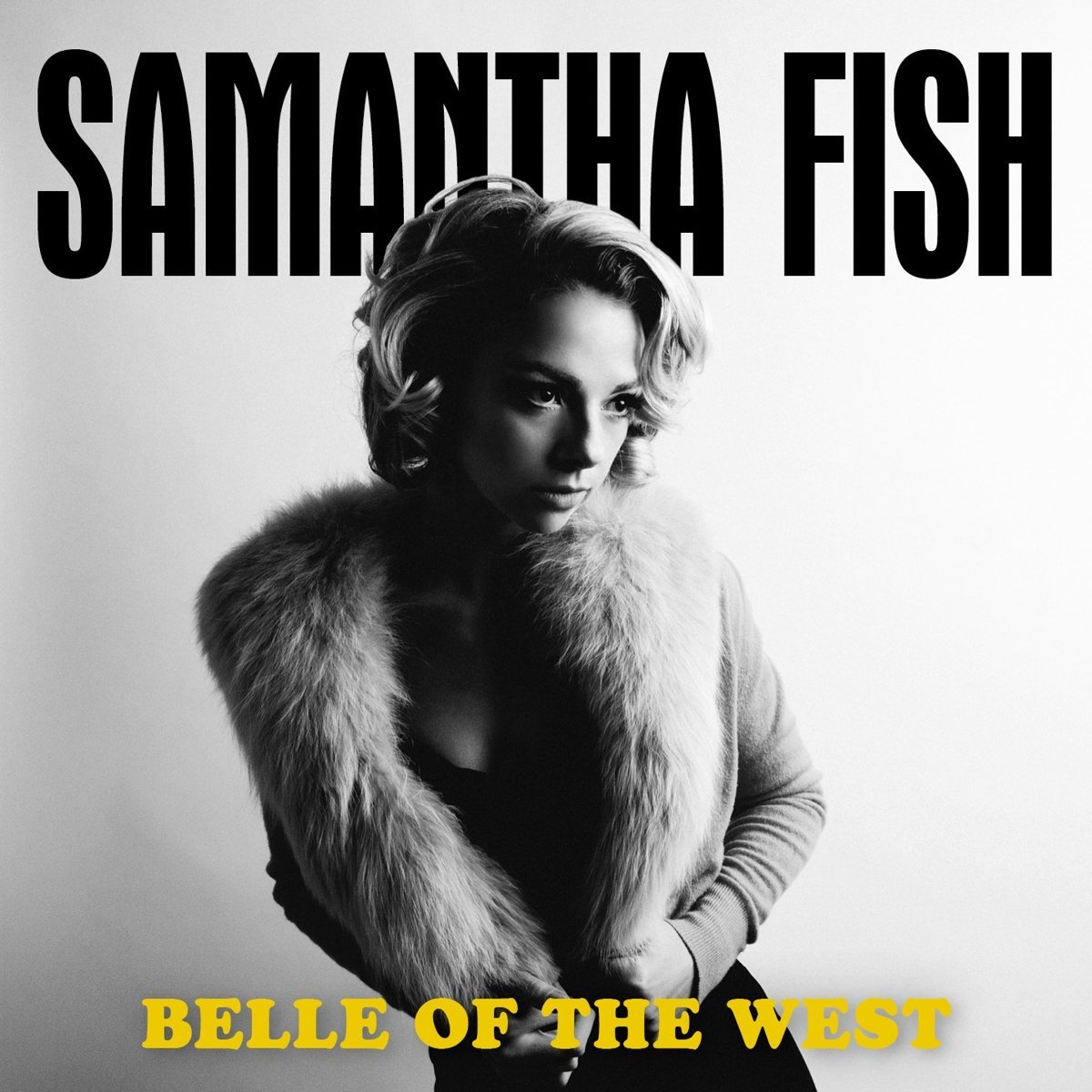 Artists that have got something to say through their songs never look at record label's diktats about releasing an album per year, for commercial and strategic purposes. Instead, when the heat of the moment, the inspiration and, most of all, the music comes and it is there, it feels certainly more natural and obvious for musicians to release their bodies of work, when they feel that the time is right.

Samantha Fish belongs to this very rare breed of musicians that is unable to resist to the creative impulse of releasing something that the charismatic guitarist and singer/songwriter considers fresh and actual and that mirrors a particularly happy and prolific stage of her career.

After releasing a solid, mature and extremely well crafted album like Chills & Fever, one would have thought that the very talented Ms. Fish would have sat on the success that such record had given to the young artist from Kansas City for a little while longer but Samantha Fish is just not simply a common artist. Where many, including our website, thought that Chills & Fever epitomized the stature of Fish's inner talent as a songwriter, a musician and a performer, we were far away from imagining that Fish would have, in the same year, surpassed even further both fans and music critic's expectations through a brand new and very inspired album, Belle Of The West.

Where on her previous studio album Fish homaged a great chunk of the history of American Music of the 60's and 70's, by recording some truly excellent covers and reinterpreting them with Fish's usual class and finesse, Belle Of The West invites instead the listener to sit next to the artist in a unique journey through Fish's personal life experiences, a journey that unveils a more emotional and immediate approach of a musician always looking to break boundaries between musical genres.

Purposely intended to be an acoustic and an electric record, Fish worked on the recording of Belle Of The West at the Zebra Ranch Studios in Mississippi, an ideal environment where the guitarist and singer/songwriter fully immersed herself on finding the right ways to express the moods and the vibes pouring out from some of the best songs that Fish has ever written in her career so far.

It must have been surely a great feeling, for the young artist, to be surrounded in the studio by an exceptional group of musicians, starting from the record producer and North Mississippi Allstars front-man Luther Dickinson, going right to extremely talented multi-instrumentalists of the caliber of Jimbo Mathus and Lightnin' Malcolm, just to cite a few of the musicians involved in the making of Belle Of The West.

With such an array of splendid musicians surrounding the artist in the studio, Fish had surely more time and space to concentrate even more on displaying the fine quality of her songwriting and her sumptuous vocal delivery, something that seems to improve and impress on each passing album.

From a sound perspective, one of the many great achievements of Fish in Belle Of The West, it is to have been able to dress all the songs of the album each in a proper, fitting style and with a specific purpose, through genres like Blues, R&B, Folk, Roots and Americana and still maintaining a strong sonic identity and homogeneity.

To focus on just few songs off the album would be a great injustice to Fish's talent. The catchy album opener American Dream displays the size and quality of Samantha Fish's skills as a singer and as a songwriter. The interplay between Fish and the studio musicians helps to create a fabulous musical melting pot, where layers of Folk, Americana and Blues create the perfect platform for a listener to focus on the beauty of Fish's vocal delivery.

The four songs that follow well exemplify how much Fish has gained confidence in her songwriting style. Blood In The Water, Need You More, Cowtown and especially the song Daughters (with a remarkable performance on drums by Trina Raimey) showcase how Fish can be an extraordinary raconteur of broken dreams, family issues, hopes and solitude, the whole narrated with a remarkable storytelling style.

Even when Fish leaves the lead vocals, on the song Nearing Home, to the ethereal and tender voice of violinist and vocalist Lillie Mae, the intensity in Belle Of The West never loses ground and offers instead a very delicate and harmonious transition between the stomping Blues of R.L. Burnside's classic Poor Black Mattie, (with an incendiary vocal duet between Fish and Lightnin' Malcolm) and the Mississippi Hill Country Blues fuelled Gone For Good, the closing track of a truly splendid album.

Samantha Fish has, through Belle Of The West, chiseled another record of statuesque beauty, in an unforgettable year that sees the fabulous Kansas City artist taking center stage in the proscenium of music olympus. An exciting, riveting must-buy album.

Belle Of The West is out now via Ruf Records