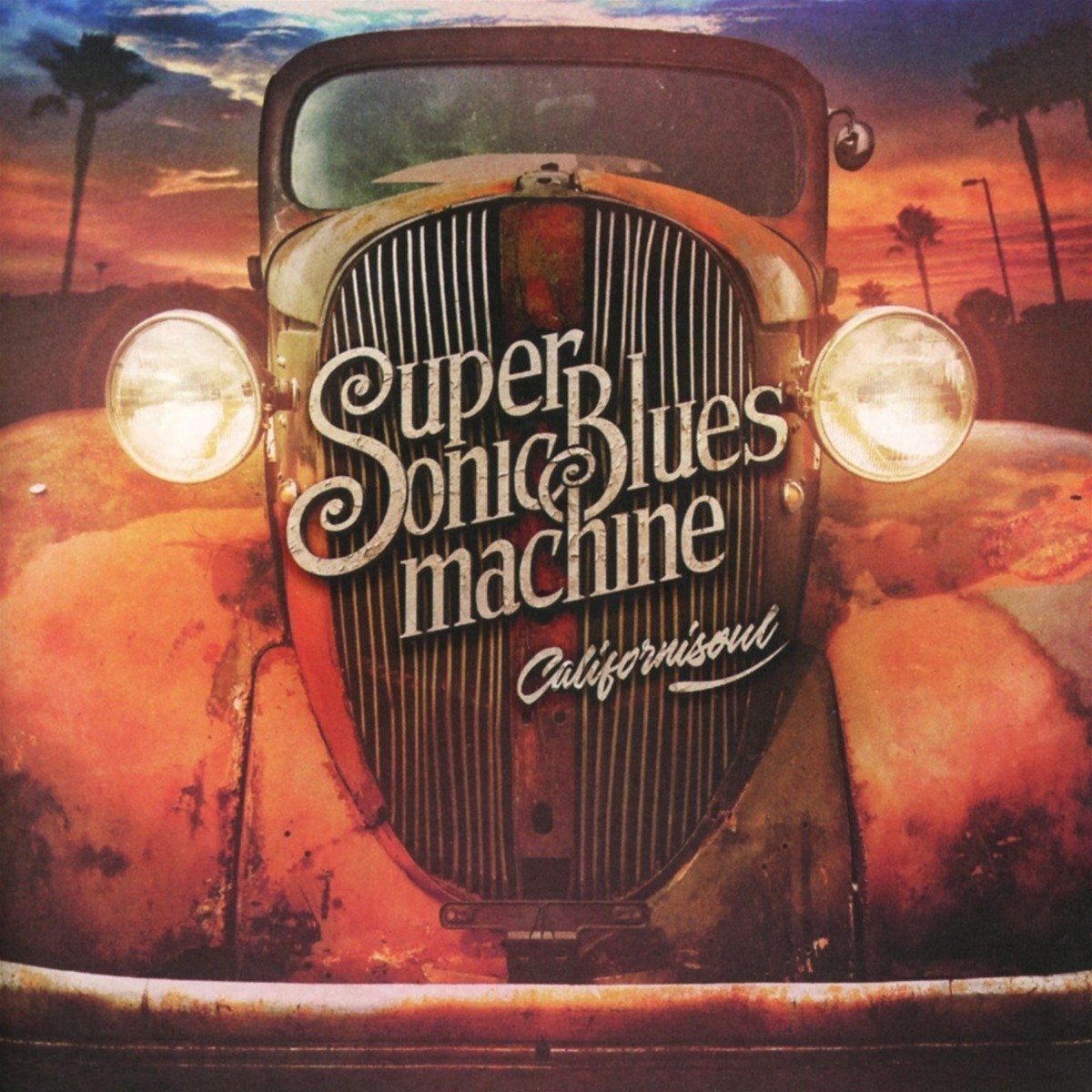 When, in 2016, the All-Star Group Supersonic Blues Machine released their debut album West Of Flushing, South Of Frisco, their propulsive recipe of blues, rock and extraordinarily well crafted songs made a real impact in the music scene worldwide. Some of the biggest superstars of blues/rock and long time friends of the band took part in the album as well as Special Guests, adding to an already dynamic formula an extra touch of musical grandiosity, something that kept happening during their live performances around the globe too.

With those premises and pressure to deliver a follow-up album that would match the depth of class and craftmanship displayed in their debut record, Fabrizio Grossi (bass), Lance Lopez (guitar, vocals) and Kenny Aronoff (drums) worked incessantly at Grossi's recording studio in West Hollywood to put together a record that would give justice to their talent as musicians and allow the band to open up to new directions of sound.

The outcome of such passion for music and hard labour gave birth to an eclectic and intense body of work, called Californisoul. Supersonic Blues Machine's new record is a true statement to the band's will to keep spreading their artistic wings towards music paths that reflect even more their personalities of musicians.

Each of the band member has a healthy, ongoing relationship at 360 degrees with music in its entirety that goes far beyond just the blues and the rock, genres that they love and respect and have amply and beautifully explored in their debut album. Yes, they still surround themselves with fabulous rock and roll stars as Special Guests, on Californisoul, but the overall greatest aspect of the album itself, is to feel that the band is jelling more and more as a collective, through some remarkable tunes present on the new record.

Lance Lopez's vocals are still very crisp and powerful and his guitar playing style is, once again, agile and flawless throughout the record, showing a musician in one of the best artistic stages of his career. But in an album like Californisoul, where there is a stronger black music imprint present in comparison to their previous album, it is the extraordinary impact that the rhythm section made by Fabrizio Grossi and Kenny Aronoff does on the entire record that constitutes the sonic driving force of Californisoul.

The song Elevate, featuring Eric Gales as Special Guest, is perhaps one of the finest examples of what a rhythm section should sound like in any rock and roll band. Grossi maintains a sharp and very clean bass line and Aronoff's explosive drumming shows why he is one of the most respected drummers worldwide. The song is very well crafted, with an andante, pulsating blues/rock sound with added layers of funk running through the tune, until, midway through the song, the band slows down the tempo a couple of notches and the backing singers help to create an almost ethereal feeling to the graspy, raucous vocals of Lance Lopez.

Supersonic Blues Machine are also great songwriters and a tune like L.O.V.E., through some superbly structured bridges and choruses, shows just how clever this Super Group is in finely chiseling every minute aspect of each of their songs. The tune itself is extremely catchy and there is even the feeling of some dear old 70's vintage vibes hidden here and there within the song.

It's no surprise that the band is keen to explore also genres like roots and reggae, in their new musical adventure and tracks like the opening I Am Done Missing You and the closing This Is Love encapsulate very well the spirit and the open attitude of a band always ready to experiment new layers of music to be added to their trademark sound.

Broken Heart, with ZZ Top's Main Man Billy Gibbons as Special Guest, shows some real grit and carry that irresistible and unmistakable guitar lick that complements perfectly the raw sound expressed by the band on this highly entertaining tune.

Toto's Steve Lukather adds a breathtaking guitar solo on the half-ballad Hard Times, a very well written and executed tune by the All-Stars collective while Walter Trout delivers, on the song What's Wrong, a splendid guitar solo and tremendously intense vocals, together with Lopez. This tune is, undoubtedly, the one with the best lyrics of the album.

One of the songs that shine the most within Californisoul, is Bad Boys. A roaring tune impregnated with old school Funk and tinges of rock and roll, that features the intriguing, raw and immediate musical approach to songs of a band whose multi-faceted music formula is exciting to hear every time. The band displays once again, on this song, moments of great musical cohesion, expressing their creativity and talent at their best.

Californisoul is an album made of great quality songs and superbly played by the band and their extended family of Special Guests present on the album. Moreover, it is also a wise artistic step made at the right moment by a superb collective like Supersonic Blues Machine, whose musical offer is always in constant evolution. With a positive attitude to open up their musical horizons like they have so beautifully expressed in Californisoul, there is nothing that can ever go wrong for the future of this band.

Californisoul is out now and available via Mascot Label Group / Provogue