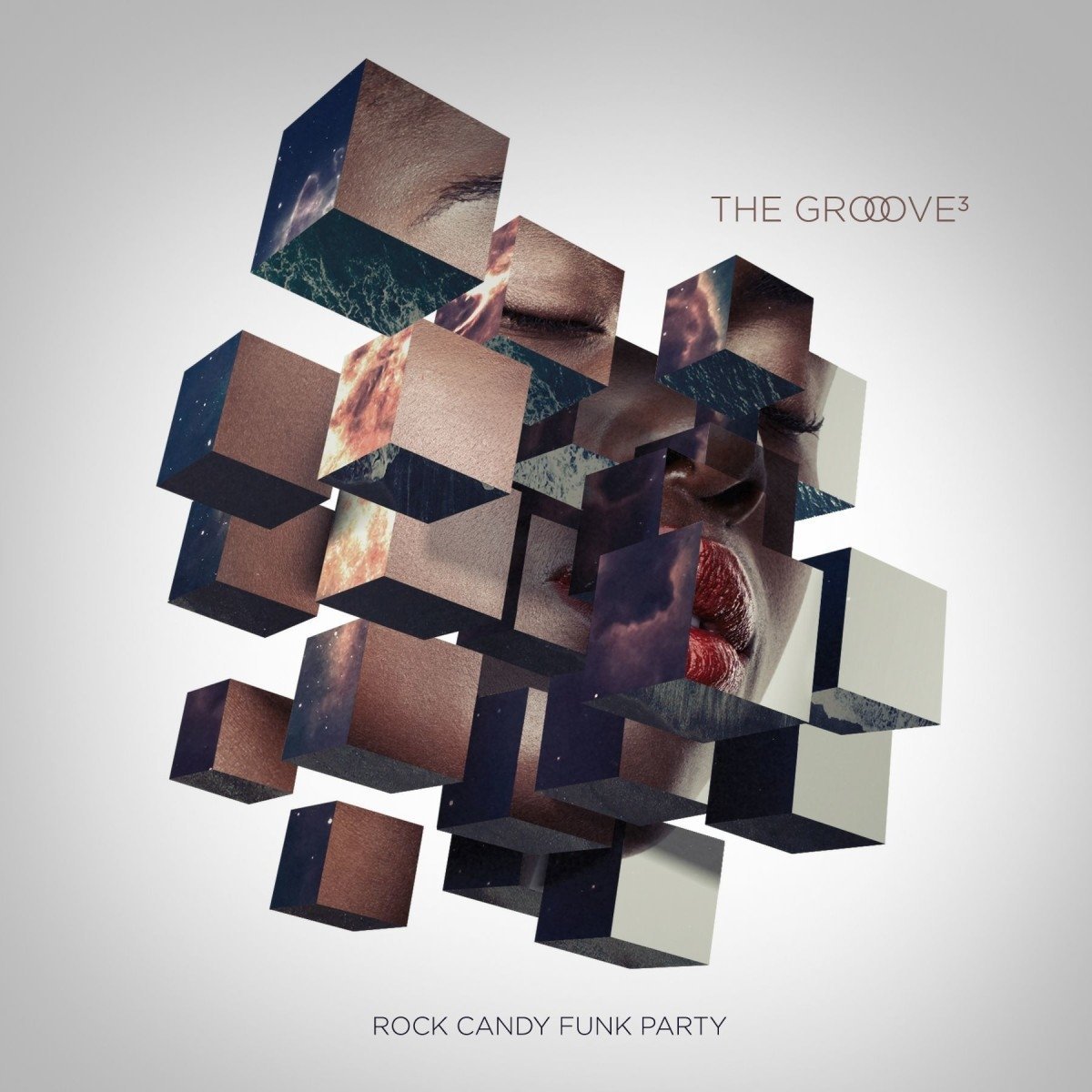 Unpredictability and experimentation are two words that not many artists have the guts to add in their vocabulary, when the time comes to record a new album in nowadays music scene.

This is not, fortunately, the case of the All-Stars, Los Angeles-based band Rock Candy Funk Party, due to release their brand new album called The Groove Cubed, a record that has no fear whatsoever to go against any traditional, compositional technique but preferring instead to let the band members to express freely their artistry at 360 degrees.

The band, whose members are renowned worldwide musicians like Tal Bergman (drums), Joe Bonamassa (guitars), Ron DeJesus (guitars), Mike Merritt (bass) and Renato Neto (keyboards), has developed through the years a style that is not easy to label, an innovative and fabulous hybrid of Jazz, Rock, Funk and Fusion that merges magically in an acoustic amalgam of great sonic depth and impact.

The Groove Cubed follows an exciting and experimental upward trajectory of sounds, throughout the record, thanks to a group of musicians constantly searching for new musical symmetries to apply in their way of making music, through their instincts, their experiences and, fundamentally, through their inner talent.

The new record of the Los Angeles-based Super-Group is a cutaway of the last 50 years of music history, a musical pastiche that never ceases to surprise the listener tune after tune, taking him/her by the hand on a trip in the band's personal music world.

The "incipit" of the new record is a knock-out one-two of great intensity, thanks to a stylish Jazz-Rock sound that, at first, prepares spiritually the listener (Gothic Orleans) and then takes the listener in an exciting night stroll in a state of total euphoria, through the execution of the fascinating and, at the same time, erratic sounding Drunk On Bourbon On Bourbon Street.

The Groove Cubed has got strong Jazz and Funk veins in its overall structure. Two Guys And Stanley Kubrick Walk Into A Jazz Club has an hypnotic sonic tempo, where elements of the aforementioned genres intersect flawlessly with one another, with a formidable Jazz finale that embraces the characteristic sound of the 50's with a more contemporary one.

For the very first time in the history of the band, The Groove Cubed incorporates two tunes sang by two very talented vocalists, the enthralling Don't Even Try It, with Ty Taylor on vocals and a James Brown's cover, I Got The Feelin', sang beautifully by Mahalia Barnes. Don't Even Try It is certainly the hidden ace in the sleeves of Rock Candy Funk Party's jacket; a rip-roaring Funky tune with great bridges and choruses, built with great class and craftmanship by the band. A disco trip to the dance-floor and, in our opinion, one of the most original dance tunes of 2017.

This Tune Should Run For President is the musical sum of all that Rock Candy Funk Party are all about, musically speaking. The creativity of the band is in full swing, on this track, with elements of Fusion, Avant-garde, Funk and Jazz all thrown together to assemble a thrilling and exciting instrumental piece, one of the many highlights of the album.

Funk-O-Potamia is a splendid slow-tempo Funky tune, with a powerful, heavy drumming from Bergman, who carries perfectly the intricate musical jigsaw of the band and the interplay between the rhythm section of the band and Neto's keyboards. The tune gradually get to a breathtaking crescendo, with Bergman's military precision drumming style creating a great wall of sound, together with Neto's dissonant keyboard sound.

The closing tune of the album, Ping Pong is pure Jazz escapism, with a furious musical tempo that reminds exactly the rhythm of a table tennis match and frames perfectly the philosophy of a band prone to follow their instinct, no matter where the musical direction take them to.

The Groove Cubed is a highly entertaining body of work of a band whose enthusiasm, talent and determination to discover new musical territories is second to none. Most importantly, they keep being wonderfully unpredictable and inspirational, bringing a breath of fresh air in an often stereotyped world like the music business.