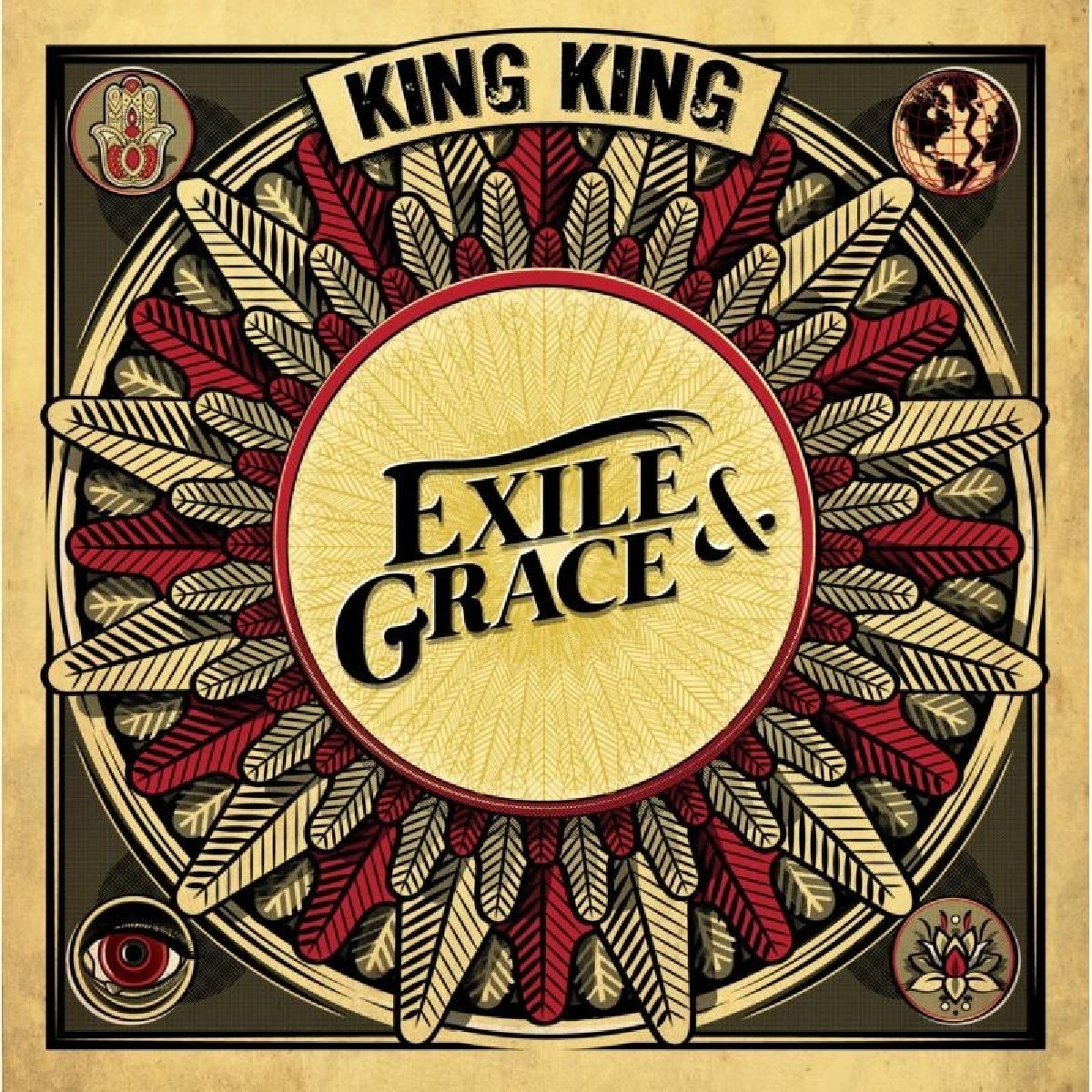 A live album represents, for many artists, a way to sum up or celebrate their careers so far. For others, like the British Blues/Rock collective King King, their 2016's Live album was, at the same time, a recorded statement of the brilliancy of their live performances and also a way to measure carefully what their next musical step was going to be.

Scottish guitarist, singer/songwriter and King King's band leader Alan Nimmo knew very well, prior to start recording the band's new studio album called Exile & Grace, the importance of creating the right balance between inspired songwriting, solid melodies and to allow plenty of artistic creativity of each band member, something that has become his trademark working approach through the years, on his next writing challenge.

This time around though, with Exile & Grace, Nimmo & Co. felt the need to explore a bit further their beloved rock roots, a genre that it has always been at the core of King King's musical offer but never before approached with the same intensity and purpose from the British band on their previous records, as much as they have on the new album.

The band's sonic message is very loud and clear since the first note of the album's opener, (She Don't) Gimme No Lovin', with that robust, ballsy and gritty typical 70's sound, perspiring rock impregnated with blues layers, a musical pattern that can be also found in another splendid tune of the album, Tear It All Up.

Exile & Grace, though, embraces the spirit and the sounds of different decades of blues and rock, through its songs and not focusing solely on the 70's era but paying a tribute to the genres to a more comprehensive scale. There is the Southern Rock style, for example, flavouring a song like Long Time Running or some genuine 80's American Rock style, spiced with a slightly rootsy twist, in the closing tune of the album I Don't Wanna Lie.

King King are clearly at the top of their game, on their new album. Exile & Grace sees, in our opinion, Alan Nimmo's craftmanship at its very top, either as a singer/songwriter and as a guitarist. The song Betrayed Me comes to mind, displaying the sheer power of Nimmo's vocal delivery, among the many more remarkable vocal performances of the Scottish artist. His guitar style is slick, at times wild or tender, depending by the song's mood but certainly immediate and intense, reflecting in full the artistic attitude and genuinity that Nimmo always carries in the songs that he writes.

But whilst the King King's bandleader provides the songwriting, the vocals and the guitar's parts, the band couldn't sound as splendidly as they do without the fabulous musical contribution and artistic touch of the rest of the band. Their virtuosity and individual talent is something that, through the years, has helped fabricating the King King sound as a one of its own. Their cohesion is absolutely spotless throughout the whole album but emerges especially, in our opinion, in tracks like Nobody Knows Your Name, Betrayed Me and Heed The Warning, where Wayne Proctor on drums, Bob Fridzema (that has now left the band, replaced by Jonny Dyke) on keyboards and Lindsay Coulson on bass are at their very collective peak.

"Heed The Warning, Storm is Coming..." sings Nimmo on Heed The Warning, almost to announce the powerful tone set by the band on Exile & Grace. Another wonderful and well-crafted chapter in the music history of one of the most inspired Blues/Rock bands of the last decade of British music.