Walter Trout - We're All In This Together 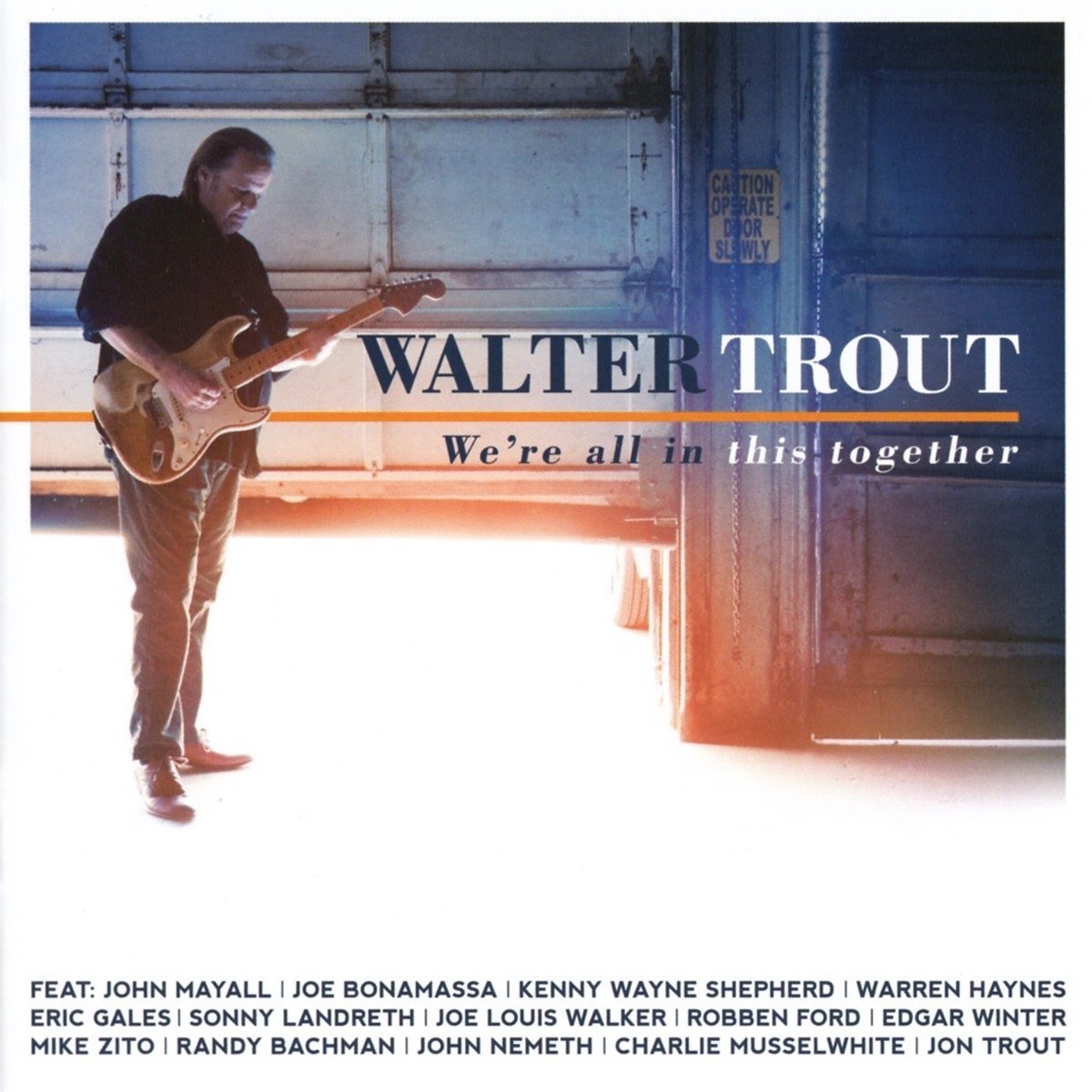 It must be wonderful and, at the same time, unreal to be Walter Trout in 2017. Unreal for all that he went through with his health, in later years, making a miraculous comeback to life (most importantly) and to music in an even stronger artistic shape than what he has always had throughout his whole career. Wonderful because Trout has just released a brand new album called We're All In This Together, a record of incredible beauty and musical depth. A record that doesn't just confirm Walter Trout as one of the most inspired and influential Blues/rock artist worldwide of the last five decades but it unleashes also a body of work of such high level of class that it should be left to posterity for many years to come as a musical cornerstone of the 21st century that linked three generations of Blues and Rock artists.

Originally intended to be called Full Circle 2, as a follow-up to his acclaimed 2006 Full Circle album which was jam-packed with Special Guest artists, as the new album is too, We're All In This Together is the 26th album of the American guitarist, whose artistic longevity seems to bring in his songwriting, his vocal delivery and his guitar playing a new found energy, something that Trout has been displaying constantly since the release of that modern blues/rock masterpiece that is Battle Scars.

Each of the 14 songs included in the new album has its own identity and take the listener to a different journey every time. A journey that goes from pure Mississippi Blues to different levels of Blues/Rock and, at times, even through Soul and Southern Rock, thanks to Trout marvelous capability to adapt his guitar playing style and his vocals to every artist playing on the record own style.

For who has known Walter Trout for some time, artistically, this record will sound like a sonic photo album of his life so far. And indeed it is, with all the Guest Artists participating to the record helping the American guitarist to frame a moment in time in Walter Trout's career through their presence. To pin highlights on this album would be an injustice, because the whole of the record assembles the peak of Trout's artistry from many angles. His guitar playing is stronger, sharper, more powerful than ever. His voice is an authentic miracle of nature, getting better and better as the years go by.

His inspired songwriting deserves, though, a separate mention. Where Battle Scars was the emotional chronicle of Trout's return to life translated in music, We're All In This Together sees the California-based artist chiseling some of the greatest songs he has ever written to date, like Somebody Goin' Down, for example and Too Much To Carry where Trout portrays in both songs and through his lyrics the anxiety and fears of living in a modern society that may look mostly shining from the outside but in reality, it may often hide a world of cruelty and violence behind closed doors.

Together with the presence of 14 extraordinary Blues/rock artists (including Trout's eldest son Jon, a future star in the making), the work made by the Walter Trout Band on the album is truly remarkable. In addition, to cement all the different angles of such a huge and challenging musical project like We're All In This Together, long-time Trout's producer and musician extraordinaire Eric Corne has done again a fabulous work in placing together, like a musical jigsaw, all the different parts of the album.

We're All In This Together is a record that deserves to be cherished, loved and protected like the most precious jewel in the world of music. A timeless collection of songs that encapsulates values like brotherhood in music, artistic integrity and respect for the roots of the blues and its natural evolution. Hats off to Walter Trout for gifting the world with such a splendid record.