Johnny Ray Jones - Feet Back In The Door 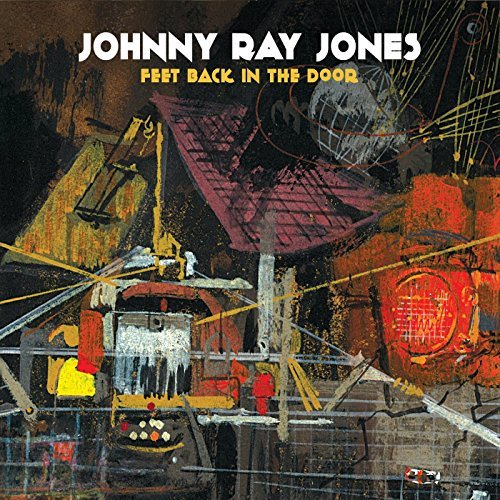 It's hard to understand what took so long for the California Blues artist Johnny Ray Jones to release his very first album, Feet Back In The Door. Jones, who has got one of the most solid musical background within the Blues and R&B genres, started this project more than two decades ago, when in 1995 he started working on the making of what would have then become Feet Back In The Door.

The time must have not felt right for Jones, back then, despite having already four tracks completed and already recorded. Whatever happened from 1995 to present times certainly made well worth waiting for the singer/songwriter's debut album. Feet Back In The Door is a true musical feast, a sonic carousel where R&B, Soul, Americana and Blues walk hand in hand thanks to the deep, powerful and inspired vocal deliveries of the artist from Southern California.

One of the greatest secrets and virtues of this album relies on how Jones makes such an impact on each of the songs on Feet Back In The Door through his very personal and unique singing style. The way that Jones smoothly moves from Motown-esque R&B grooves, like in the opening album's title-track, to a more accentuated Bluesy tempo as he does in songs like Hard Times Won or I'm A Blues Man is spotless and his vocals are always delivered with strong intensity and richness in depth.

For his album debut, Jones has surrounded himself, as one would expected by a skilled artist as he is, by the royalty of the Blues and R&B musicians. Together with co-producers Johnny Lee Schell and Tony Braunagel, also respectively guitarist and drummer of the highest quality, the Rhythm Section of Jones' collective is completed by another highly skilled musician, bass player James "Hutch" Hutchinson. As an added extra bonus to enrich the opulent sound of the record, Jones also called in piano and organ genius Mike Finnigan and tenor sax virtuoso Joe Sublett, to help creating an even stronger sonic impact on Feet Back In The Door.

But Johnny Ray Jones wanted to make a debut album to be remembered for a very long time and to help him achieving this goal, the Californian artist made few calls to bring in an array of fellow friends and musicians of the highest class as Special Guests on his record.

To mention a few, Guitar Maestro Coco Montoya unleashes his sublime guitar style in the song Hole In Your Soul and Percussionist Extraordinaire Lenny Castro sits in on four of the songs of the album, while geniuses of their instruments like Lee Thornburg on trumpet & flugelhorn and Paulie Cerra on tenor sax do both a superb job on Johnny Ray Jones self-penned In The Heart Of The City.

Feet Back In The Door might have taken a long time to be completed and released but the outcome is, undoubtedly, an album of great quality and class. Jones fully succeeded in his idea to combine classic and contemporary sounds belonging to genres that have made the history of American Music, in an album that displays a creative force like Jones in full, artistic throttle. Given the high standards that Jones has now set through this record, let's hope that his next project won't take as long as Feet Back In The Door to be released.