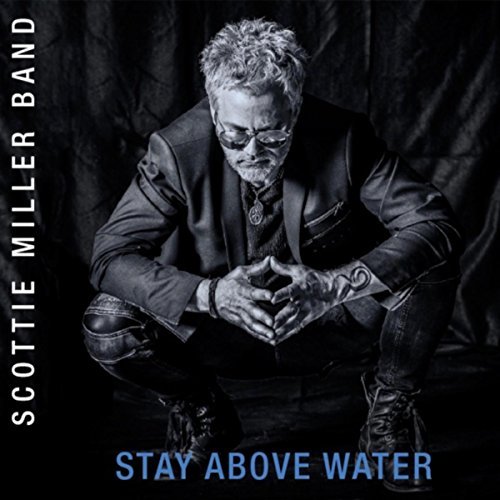 There are certainly great injustices into the world of music business. You might get, on one hand, some random and almost talentless artists pulling off a catchy song that gets several millions viewers on social platforms and sell hundreds of thousands of records without too much sweat or real artistic talent at all.

On the other hand, you get extraordinarily skilled, multi-instrumentalist artists like Minnesota-based Scottie Miller that have to fight really hard to make their own name into the business, despite having so much talent on display. But when one is armed not just with a lot of perseverance but also with an insane ability in playing many instruments, a splendid singing voice and surrounded by some incredible musicians within his band as Miller is, that payback moment, sooner or later arrives.

The band's 2015 last studio album, called Reciprocation, had shown a more rock-orientated side, still delivering great songs. Moreover, that album saw the arrival in the Scottie Miller Band of the final two pieces of the collective's musical jigsaw, Patrick Allen on guitars and vocals and Dik Shopteau on bass and vocals too, to complete a very strong Rhythm Section, together with Mark O'Day on drums and percussion.

Recorded in Minneapolis, Minnesota in early 2017, the Scottie Miller Band's new album called Stay Above Water is an ultimate sonic statement about quality and what making music in its entirety should be all about for an artist, any artist. The collective's new record incorporates a kaleidoscope of sounds that travel through time and space across the history of American Music, with its leading conductor Scottie Miller taking the listeners in a breathtaking journey into Americana, Blues, R&B, Funk, Rock, Roots, Boogie, Soul and Latin Jazz.

Through such an eclectic array of genres, the average listener may be slightly misled by what the essence of sound of the band is about. The truth is, Stay Above Water contains everything that anybody could possible ask to an album; there is inspired songwriting, there are perfectly arranged catchy tunes with great bridges and choruses, there is a superb singer and a group of musicians of the highest quality.

The album opens with the boogie-esque Burned All My Bridges, where the fun and the dynamic brought by the band hints to an even greater shape of things to come on the record. Keep This Good Thing Going sees Scottie Miller reunited with three-time Grammy Nominee Ruthie Foster, an artist with whom Miller himself has been collaborating with very often in the last few years. Foster's presence on this tune balances extraordinary well Miller's superb vocal range and the excellent work made by the Horn Section as well on this tune, enriches even further a song with a very classy arrangement.

It is incredibly difficult to find any faults in a record like Stay Above Water. The band shows another side of their artistry with their take on Americana in the song Same Page, where the lyrical ability of Miller is displayed once again in full splendor. Even when Americana crosses paths with more rock territories, like on Come Along, the sound quality of the Scottie Miller Band doesn't diminish but instead, it intensifies even further through a song full of artistic swagger, where Mark O'Day on drums, in particular, does a tremendous job.

It's important to underline the unquestionable artistic skills of Scottie Miller not just on this record but as a musician overall. He is the shining sun and the center of the universe of the Scottie Miller Band's musical solar system, thanks to an eclecticism and talent very rare to find nowadays in a musician. His voice is powerful, with a remarkable strength and, at the same time, also capable to build more suave harmonies, due to his very versatile singing range like he so well does on songs like Guardian Angel or the closing Goodbye. Having mentioned his craftmanship as a songwriter too, whoever listen to Stay Above Water will remain totally aghast and ecstatic by Miller's playing style and unique approach to piano and organ, something that shines strongly in tunes like Falter, It Better Groove and the wildly funky Circles.

The Scottie Miller Band do not miss a note throughout the whole of Stay Above Water. Patrick Allen's guitar playing is strong, sharp and precise, Dik Shopteau on bass provides a very solid wall of sound together with O'Day's drums and they really are, all together, the beating heart of one of the most skilled collectives not just in the United States but far, far beyond.

Stay Above Water is the payback record for Scottie Miller and his Band Of Brothers. So much so that the album should be up there with the cream of the music industry and be deservedly selected as one of the best albums of 2017.