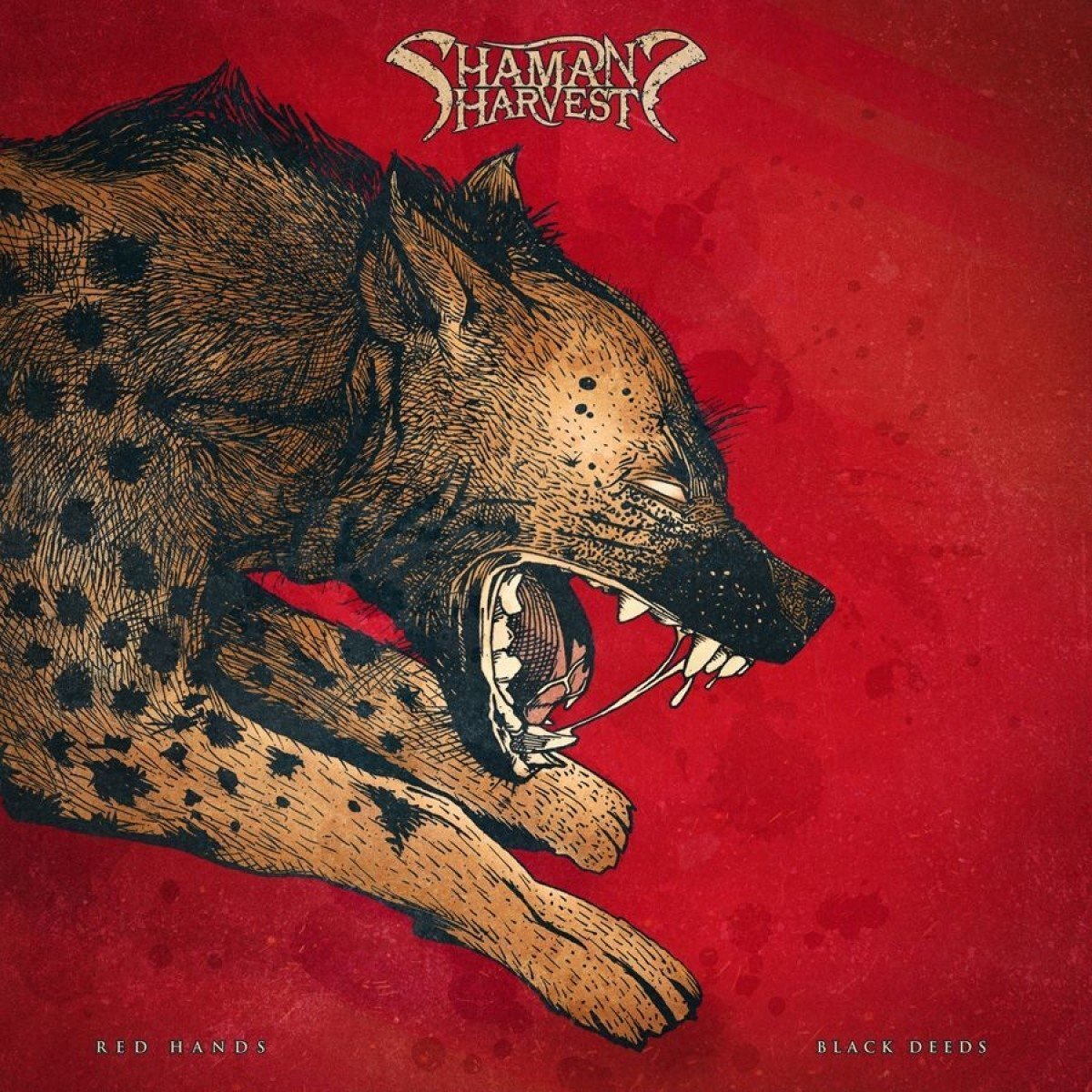 The eternal battle between good and evil in human kind has always been one of the favorite subjects for music artists. Some of those artists have been unable often to find a fine line to express in their lyrics the catharsis that this inner dualism generates in many individuals. Some others, like Shaman's Harvest, have been instead perfectly capable to build and balance, both lyrically and sonically, a musical platform where light and darkness plays an equal role through their brand new album called Red Hands Black Deeds.

The collective from Jefferson City in Missouri has come a long way to put together an elaborated and, at the same time, sophisticated rock album, especially given what singer Nathan Hunt has been through in 2014, when a throat cancer threatened Hunt's life and, consequently, the future of the band.

Despite the remarkable commercial success of Shaman's Harvest new album's predecessor, Smokin' Hearts & Broken Guns, the band did not sit on the many accolades they received by the music press and by the many fans around the world while working on their new record. Instead, Hunt & Co. put together an album that points fearlessly towards the ghosts of modern society, like politic, depression and anxiety but without making it sound them like points of no return.

So, where on one hand, Red Hands Black Deeds reaches a spiraling, sinister climax in songs like The Devil In Our Wake or the closing Scavengers, for example, it's also very fair to say, on the other hand,  that never, throughout the album, Shaman's Harvest gives the hint to the listener that everything is lost. Because there is light and hope at the end of the tunnel too. Feelings superbly carried by the cohesive and powerful sound created by Shaman's Harvest in a couple of the many key moments of the album, aka the ballads Long Way Home and especially the tender Tusk And Bone, an acoustic song where the quality of Nathan Hunt's vocals takes complete center stage.

There are also many more plus points on the album, from a sound perspective. Working with producer Keith Armstrong has certainly pushed artistically the already remarkable skills of Shaman's Harvest as an ensemble. Adding an alternative type of instrumentation to the organic sound of the band by using goat toes, in tracks like the politically themed A Longer View and even sandpaper, in Scavengers, the song that closes the record, is a gamble that pays off very well on Shaman's Harvest new CD.

Red Hands Black Deeds does not, though, push apart completely the roots of the band's music recipe. Soul Crusher and Off The Tracks contain stains of blues here and there, whereas the album's first single The Come Up, Broken Ones and So Long are Shaman's Harvest vintage rock and roll songs at their finest.

There may be a lot of good rock bands around with very interesting ideas but not strong enough to reach the creative extent that the Missouri's collective managed to fulfill on this record. Through Red Hands Black Deeds, Shaman's Harvest has reached an artistic high of impressive standards, thanks also to the inspired concept running through the album and a sound of impressive quality. A rock band who is never afraid to move forward and follow their musical instinct as the new album successfully proves. Great albums always display songs of a certain strength and intensity. Red Hands Black Deeds is certainly one of those.