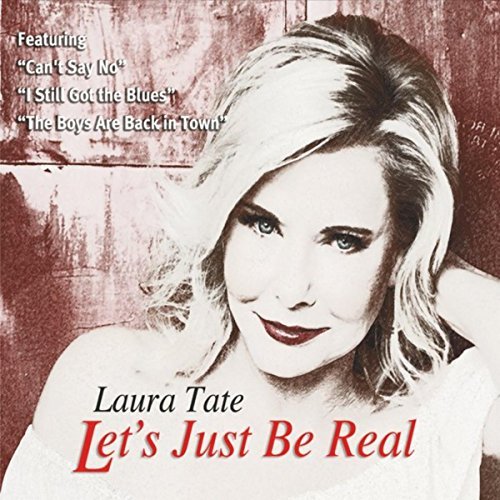 It gives such a great feeling to listen to an album like this. Laura Tate, American actress and singer, here on her 4th studio album called Let's Just Be Real, delivers one of the most intense records of her career.

Tate's new album is a masterful display of the Texan singer's vocal abilities on the 12 tracks that travel through old, new and original material, never before released. Tate surrounds herself with the elite of worldwide studio musicians, from the Brass Maestro Lee Thornberg to the devastatingly brilliant Jeff Paris on Piano, B3 and Mandolin, just to mention few of the great musicians involved on the album.

The artist herself is at the absolute top of her form. Tate moves between R&B, Jazz, Swing, Soul, Boogie and Blues with an incredibly natural talent and agility, through some of the smoothest, intense, soulful and sometimes even sassiest vocal performances she has ever put on any of her records.

When it comes the time to highlight some of the most inspired tunes on an artist's record, that can be occasionally a tricky task to face for a writer but not on an album like Let's Just Be Real. There are so many wonderful moments of brilliancy on this record. The title-track of the album delivers such an intense sentimental mood through Laura Tate's voice, in a jazzy ballad that fits to perfection Tate's singing style. The Thin Lizzy's classic Boys Are Back In Town has been rarely covered in a more refined and elegant way than Tate and her musicians have done on this album, an authentic gem to listen and appreciate over and over again.

Still Got The Blues shows another layer of Tate's artistry. The Texan singer's vocal delivery on this tune has got an incredible amount of depth, quality and power and the craftsmanship of the musicians accompanying Tate on this tune is close to absolute perfection. The closing song of the album, Wildest Dreams, demonstrates once again Tate's ability to adapt to many different music genres, by delivering another vocal performance on this rock ballad where also Jeff Paris does a terrific job, this time on mandolin.

Let's Just Be Real is a record inspired by the concept of universal love, sang with love and played with love too. Laura Tate's talent as a live performer has never been in doubt throughout the years but in studio, never before the American artist had reached the maturity, charisma and vocal perfection that she has achieved on this album. An album you can easily fall in love with.

Let's Just Be Real is available to purchase on ITunes, CDbaby, Amazon and on Laura Tate's Official Website