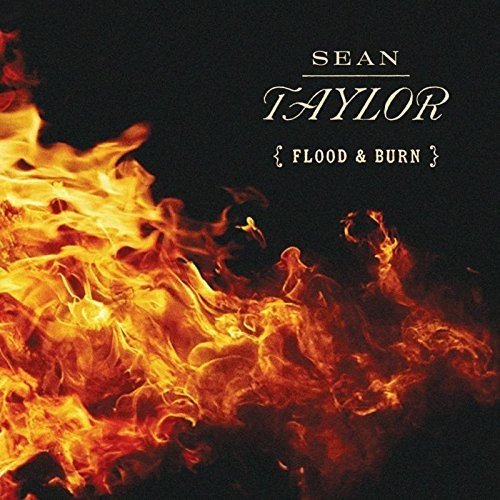 2015 had been already a very successful year for the British singer/songwriter Sean Taylor, thanks to the big popularity that his album The Only Good Addiction Is Love gave to him in the United Kingdom and many parts of Europe.

The pressure coming by delivering the follow-up of that album must have been a lot to take on board for this young artist but that was not certainly Taylor's case. A highly gifted lyricist, the British Troubadour had already tested with his audience, in the last couple of years and whilst touring, some of the material that he intended to release on his next album but at that time, Taylor had not yet made up his mind about the direction that his sound was going to take on the new record.

In the end, Taylor decided to go with what comes most natural for him, which is being instinctive, passionate and honest in his lyrics as much as he has always been in the sonic ground he provides to his songs on each of his past records. Taylor then travelled all the way to Austin, Texas to chisel the new songs and materializing them into a form of a brand new record called Flood & Burn, together with the help of producer Mark Hallman.

Flood & Burn is a record that captures in full the essence of Sean Taylor's wide musical background and his natural vocation as a storyteller. The British artist pens eleven of the twelve songs included in Flood & Burn (the sole cover is an inspired semi-acoustic version of Elvis Presley's Heartbreak Hotel) and he cleverly manages, on every song, to dress his tunes with different rhythms and atmospheres, depending by the mood expressed through his lyrics.

The result is a highly entertaining kaleidoscope of music genres, with Taylor's almost whispered singing style sounding some times other-wordly, like in the opening track Codeine Dreams or other times more intense and deep, like in the song Run To The Water. The British singer/songwriter unleash his love for music in its entirety on Flood & Burn. From Ambient to Jazz, from Blues to Country, Taylor moves almost effortlessly through different genres, supported splendidly by a group of studio musicians of high class.

As per each of his albums, Flood & Burn is another fine chapter of Sean Taylor's life tapestry in music. A record that sparks great originality in its arrangements and displays once more the unique vision of one of the most productive and inspired artists of the British music scene.

Flood & Burn is out now and it is available via Amazon