Tom Craig & Soul Patch - Get Ready For Me 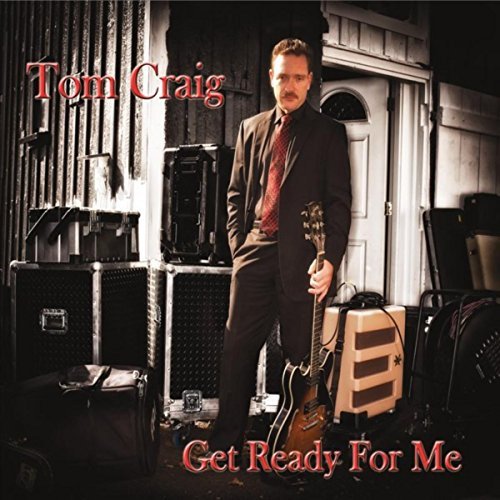 It has been a long time coming for the Philly-born artist Tom Craig and the collective Soul Patch to release their debut album. When Craig and drummer John O' Connell started their partnership almost a decade ago, they were far from imagining that they would have been able to put together, through the years, a group of such highly skilled musicians like Soul Patch truly are.

Craig is certainly a man of many musical virtues. There is no doubt that, besides his great ability on guitar and good songwriting style, it is his voice that is the real deal on Craig and Soul Patch's splendid debut record, Get Ready For Me. The singer/songwriter certainly chiseled the songs on the album in a way that would strongly fit and display his crisp, deep and dazzling voice.

Get Ready For Me is an enchanting record, a timeless capsule of Philadelphia Soul, R&B, Jazz, Funk and Blues. It's a breathtaking rollercoaster ride into two decades of music, the 60's and the 70's through 12 original songs all written (and sang) by Craig and masterfully executed by the Soul Patch.

The synchronicity and the interplay between Tom Craig's wonderful voice and the Soul Patch compact, harmonious and rich sound is pitch perfect. It's that magic harmony that comes from years spent playing together, it doesn't matter the genre they play.

How Did I Break The Rules is a song that seems to come out of Wilson Pickett's songbook that Craig makes his own, through a very solid vocal performance. Tornado is also another fun tune, part R&B, part Soul, with a spectacular performance of the whole of Soul Patch, with some particular brilliancy displayed by John O' Connell on drums and Eric Johnson on organ too.

Can't Stop Thinking About You is a sassy tune that echoes smokey club's atmospheres, with Craig commanding the tempo on the tune superbly through his robust vocals and a swagger second to none. The Soul Patch's Horn Section does a stellar job on the song, playing a massive part in the cheeky vibes that this tune carries within.

When it comes the time for some Blues on Get Ready For Me, Craig allows also his natural talent as a guitarist to shine too, as he so well does on tracks like Please Forgive Me Baby and She Did It To Me (She'll Do It To You). The latter showcasing also Craig's best vocals on the whole record.

Get Ready For Me is not just a record that you can listen to a bunch of time, enjoy and then put apart as you would do with many other. It is an inspirational, genuine, true work of love and passion for music and a sincere tribute to the values that this wonderful art carries within made by a tremendously skilled group of musicians. A record of high artistic excellence.