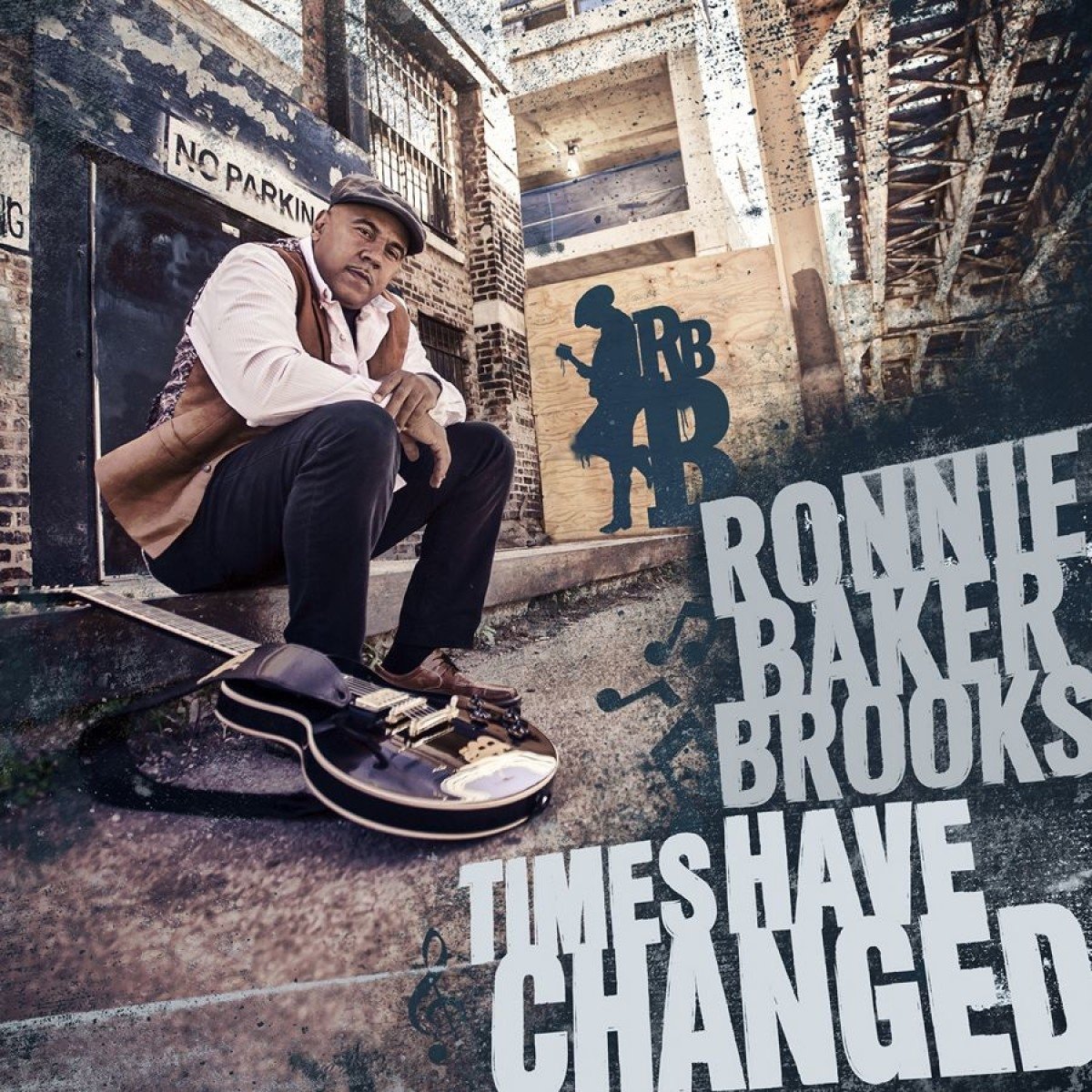 Records should be made and released just when it feels right for artists, not because they "need" to be done for contractual purposes. That is exactly the attitude and the philosophy of Chicago-born Guitar Master Ronnie Baker Brooks, who did not release a new record for almost a decade, since his 2006 album The Torch.

Throughout the last 10 years, touring and collaborating with fellow music artists and family life have been the main focus for Baker Brooks. Still, this phenomenal guitarist and singer/songwriter had, on the back of his mind, the will to release new material and perhaps, it was just a matter of having the right things happening at the right time.

A new record contract with Mascot/Provogue and working with one of the most talented producers worldwide, Steve Jordan, were exactly what Baker Brooks needed to push himself to get back to the studio and working on a new album.

Recorded in Memphis and Nashville, Times Have Changed, Ronnie Baker Brook's new album, shows an artist in fabulous form, combining original material that he had written through the last ten years with some excellent covers of artists like Joe Tex, Curtis Mayfield, Robert Cray and Alvin Cash, amongst others.

Baker Brooks, for his comeback to the music scene, has certainly taken full advantage of the recording locations by calling some of his closest friends in the music business to help him delivering one of the most compelling albums of his career. The list of artists collaborating with Baker Brooks on this album is as impressive as the quality of his new record: Angie Stone, Steve Cropper, Baker Brook's father Lonnie, Eddie Willis, Todd Mohr, the late great Bobby "Blue" Bland, Felix Cavaliere, rapper Al Kapone and Lee Roy Parnell they all came to add their artistic skills on a very inspired record.

Every song on the album tells a different story with such pathos and intensity and it doesn't matter whether the story has been written by Baker Brooks himself or by other artists. Where the Guitar Maestro does not sing and leaves instead one of his fellow artists to do so, it's his guitar that does the talk on his behalf, exceptionally well.

Times Have Changed is an incredible time capsule. There are the soul vibes of the Stax and Motown period, touches of funk and R&B sounds coming from Paisley Park in Minneapolis, urban hip-hop and fragments of Chicago Blues, all hidden in Baker Brook's contemporary vision of musical globalization.

It's frankly difficult to frame one or two songs out of such a splendid musical kaleidoscope. The album's title-track is one of the best songs Baker Brooks has ever written. His idea of creating a melting pot of hip-hop and blues, something that this artist has already successfully achieved on previous records, it reaches another level on this tune, thanks also to a very inspired songwriting.

Robert Cray and Eric Clapon's version of Old Love, performed by Baker Brooks with Bobby "Blue" Bland prior to the music veteran's passing, is an authentic jewel and it's truly emotional to get to hear again Bland's dazzling voice combined with Baker Brook's heart-warming guitar sound.

Perhaps one of the most surprising tunes to be found on Times Have Changed is Joe Tex's cover of Give The Baby Anything The Baby Wants. Enriched by the splendid support given by "Big Head" Todd Mohr on vocals and guitar and the great Eddie "Chank" Willis on guitar, the tune epitomises perfectly what Ronnie Barker Brook's music vision is all about. The work of a very talented music artist expressing a modern sound that embraces blues, soul, R&B of the past and present in a metaphorical sonic bridge.

Times Have Changed is Ronnie Baker Brook's ultimate musical statement on his artistry and his talent, not just as a guitarist but also as a songwriter. It is a record that manages so cleverly to carry the traditions of many different genres and transforming them in an unique, fresh and contemporary combo, still respecting though the genre's roots.

A very warm "Welcome Back" to a sumptuous, forward-thinking artist. Paraphrasing Baker Brook's album title, Times might Have Changed, but his class is still strongly there.