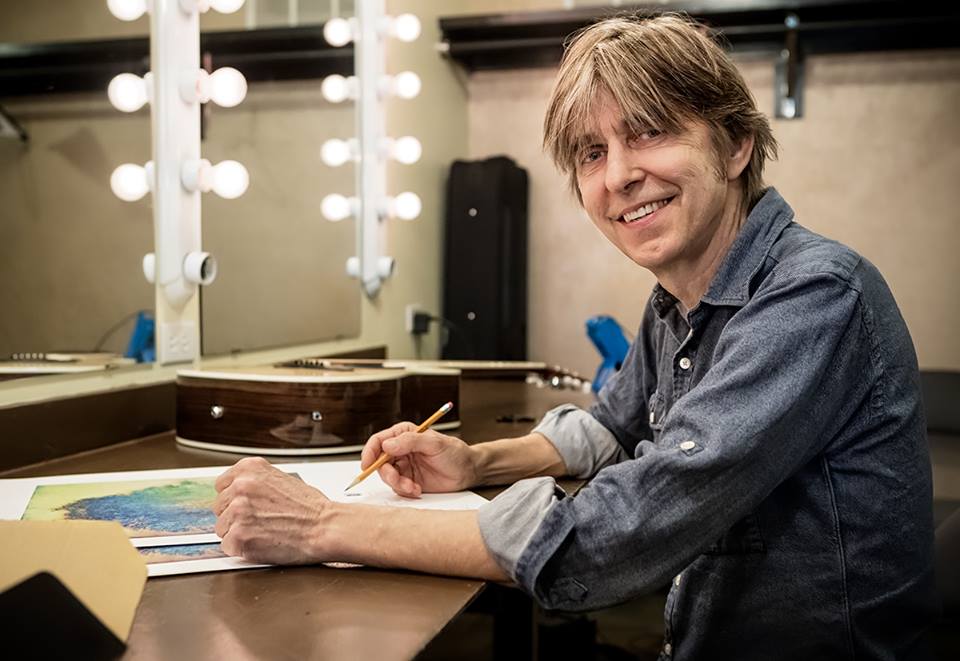 Music, like all the arts in general, is able to express its very best when an artist trusts his instinct and let the immediacy flow in his works in total free form.

Truth to be told, Eric Johnson has never before been widely known as a musician who composes music and record his songs after one or two takes in studio but rather as an artist that likes to control minutely every single aspect of the making of an album, before he decides to release it.

The fact that Johnson, after thirty years since the release of his masterpiece album Tones has finally decided to record and release his very first acoustic album is already an event in itself. Moreover, the fact that his new album has been recorded almost entirely live in the studio, without recording separately the vocals from the music is something truly exceptional, for a perfectionist like the Texan artist.

EJ, Johnson's new record, reveals an intimate side of the Guitar Maestro in this stripped-to-the-bone album. In the 13 songs included in the album, 9 of them original, Johnson gives free rein to all his phenomenal artistic background, through a series of sonic captions that express and confirm, once again, Johnson's great compositional talent.

The fact that Eric Johnson is such a great guitar player has never been a mystery for anyone. His guitar seems to speak the language of his soul when he plays it on the few instrumental pieces included in the album. The tone of Johnson's guitar is classy and composed at the same time, without indulging himself in long and articulated guitar scales. There is the distinctive feeling that Johnson is very relaxed and enjoys himself throughout the whole record, either when homaging artists with whom he grew up musically, like Simon & Garfunkel, through a beautiful version of the classic Mrs. Robinson or when chiseling authentic original masterpieces like Once Upon A Time In Texas or the Spanish-infused Serinidad, beautifully executed on a Ramirez nylon-string guitar.

EJ is a record that keeps on gifting relentlessly the listeners also through original songs performed sometimes with just piano and voice, such as the magnificent Water Under The Bridge or through more sophisticated arrangements a bit more rootsy and perhaps closer to the concept of World Music, in another splendid track like One Rainy Wish.

Johnson continues to distill musical pearls one after the other on EJ, like the most perfect music machine. His reinterpretation of another Simon & Garfunkel's classic,  Scarborough Fair/Canticle is breathtaking and Johnson manages brilliantly to model the song in an arrangement that fits perfectly to his singing style.

A music feast like the one Johnson has prepared on his new album couldn't finish without a tasty musical dessert. To seal a truly wonderful record like this, Johnson chooses another instrumental tune, Song For Irene, a composition played with such grace and delicacy by Johnson's magic fingers to leave any music lover totally breathless.

The reason why Johnson waited all these years to record an acoustic album of such beauty remains a mystery. EJ is a record that shows in full the Texan artist's unconditional love for music all around and reveals unknown artistic aspects of one of the most soulful, skilled and inspired musicians of the past half century of music. A record that marks the return of Johnson at very great artistic heights.