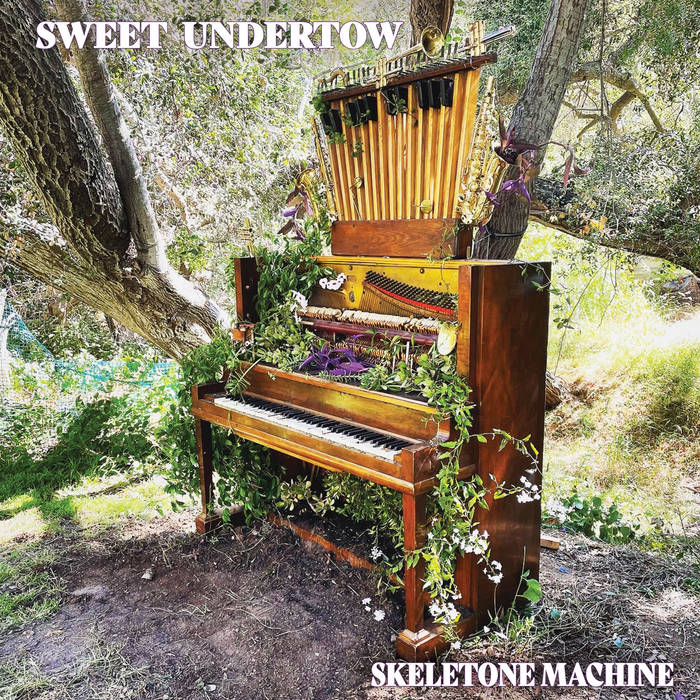 In a very prolific musical year like 2022, where Blues/Rock and Americana artists have been releasing some truly excellent records, the debut album of American guitarist singer/songwriter Eddy Undertow, a.k.a. Sweet Undertow and called Skeletone Machine, couldn't go certainly unnoticed to our website.

The San Francisco-based artist has put together a truly fascinating ensemble of life tales, through the songs part of the Skeletone Machine album, songs delving deeply into many different aspects of everyone's life, like love, pain, hopes and death, sang with heartfelt honesty by Undertow and arranged, sonically, in a style and tempo that match brilliantly the lyrical depth of each individual song.

The album title itself, it is a little hint thrown by Undertow to his fans about the ultimate question that emerges from the artist's songs and that many of us, at some point, have been asking to ourselves, which is When Machine End And Humanity Starts.

From a musical aspect, Skeletone Machine is absolutely spotless; the singer/songwriter knows extremely well how to translate his lyrics into either Bluesy, Folk, 70's Southern Rock or even Reggae sounds with elegance and power at the same time, thanks to his impressive vocal range that brings back loving memories of the Tom Waits of the early years and, at times, even of Neil Young in his more psychedelic phase with The Crazy Horse.

Ultimately, though, those vocal comparisons do never deceive the listener from the strength of each song included into Skeleton Machine throughout the whole of the album. Straight from the start of the record, one is immediately catapulted into Undertow's world, through songs about anti-conformism (Kingdom Come With Me, Shakedown In The Street), fear of solitude (Riding On Into The Light, Soft Soft Sea) and hopes of eternal love (Love You More, Still Looking For You, Ride Out The Night) with some seriously sublime lyrical finesse, even when some of the songwriting need that raw aspect to it that helps to validate the authenticity of the artist's message in each and every song.

It might have taken few years, for the American singer/songwriter, to reveal his talent through this exquisite debut album but the wait was well worth. Skeletone Machine is one of those rare and precious musical gems that gets lovingly stuck to one's skin because of their direct, unfiltered and highly inspired artistic content. Sweet Undertow is a true revelation.