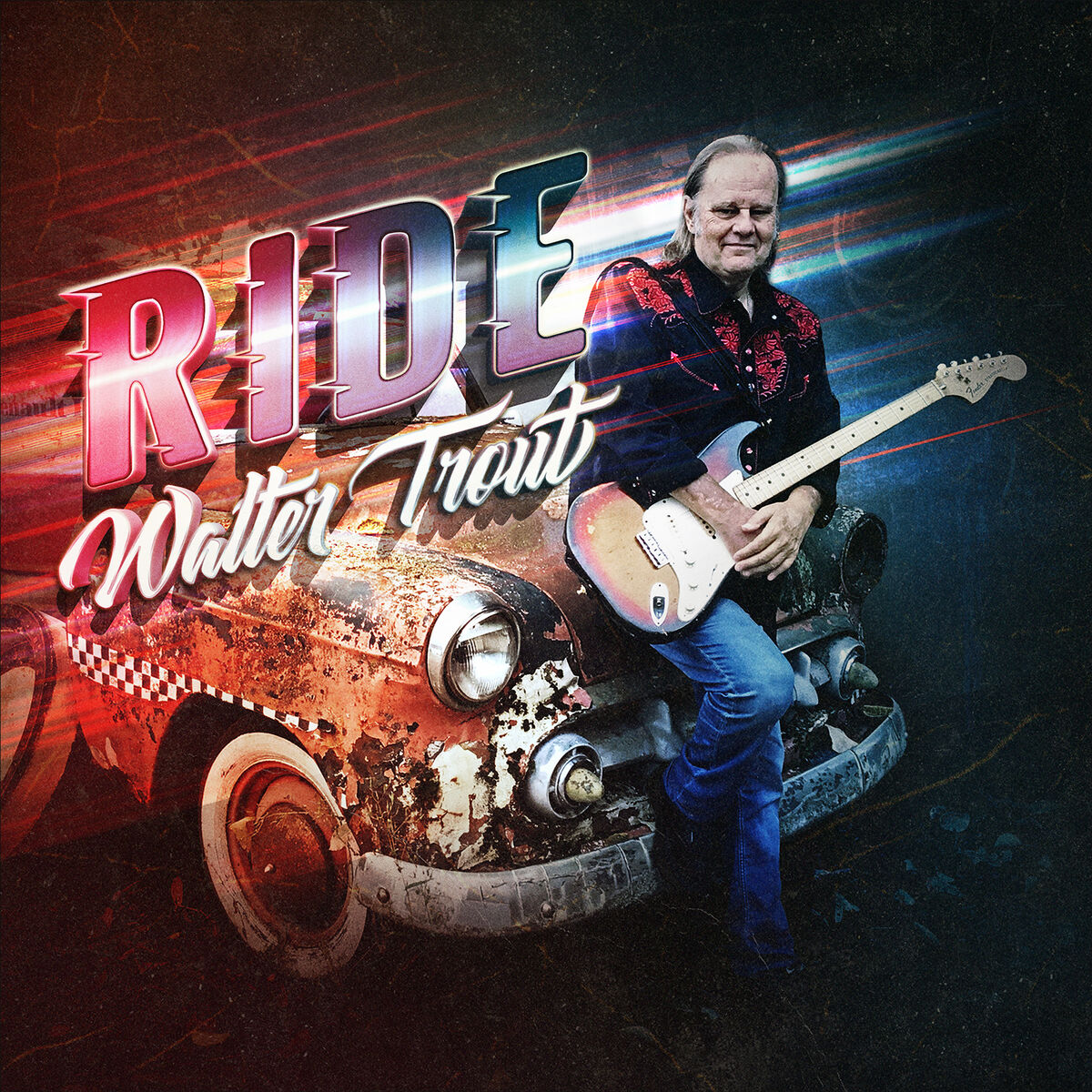 For a music writer, it gets increasingly difficult, in these days and age, to remove the earphones from the HI-Fi after listening to an album, to smile and to remain completely speechless about the quality and the stature of the record he just listened to. For Yours Truly, this is exactly what happened with Ride, the brand new album from the American guitarist, singer/songwriter and Blues/Rock veteran Walter Trout.

There is no way to hide the obvious, when talking about an artist of the quality of Trout; since his early days with Canned Heat and Bluesbreakers, his talent as a guitar player was clear to everyone that has followed the history and development of Blues/Rock, throughout the last century. Then, when it was time for Walter Trout to start his solo career, so many more qualities came to surface, about his artistry, especially from a songwriting and a vocal perspective, both aspects well documented through albums symbol of the Blues/Rock genre like Prisoner Of A Dream, The Outsider, Common Ground, Blues For A Modern Daze and Battle Scars, among many more.

Now, through his 30th new musical baby just released and called Rise, Trout gifts his millions of fans and followers around the world with a complete, authentic sonic and lyrical masterpiece that surpasses, in terms of musical depth, craftmanship and quality of the songwriting, even some of Trout's most celebrated records of the past decades.

They say that, for many Blues and Blues/Rock, dark times always bring the best in an artist, when the time comes to write new material, something that Trout, very candidly, admitted that was the case too, on his brand new masterpiece.

Because of the pandemic that affected the whole planet, in recent times, Trout found himself spending 16 months in his life unable to go out and perform live with his band, something that most certainly affected him emotionally and financially, as it happened, sadly, not just to the guitarist and singer/songwriter but also to several thousands artists around the world.

The forced time off for the American artist was undoubtedly challenging, especially in view of the fact that, back then, the uncertainty pretty much of everything happening in our lives was the heaviest Damocle's Sword Trout and we all could possibly imagine, bringing into the equation moments of self-doubts, anger and grief for ourselves and our beloved ones.

Thankfully, when the pandemic was over, things started to look more promising, in the American artist's life; a new contract signed with his record label and a trip to L.A. on the map to record what it will then become this outstanding record that is Ride, gave Trout that emotional push that the guitarist so much needed to get the wheels in motion back ASAP, after such a long pause in Trout's career.

When Trout found himself in his house in California, on his own, to work on the making of Ride, all those dark memories accumulated throughout those 16 months of forced stop came to the surface again, providing the guitarist with the right incipit to start the songwriting process of the album.

What a record Ride proves to be; throughout the 12 tracks included in the album, Trout does not miss a beat, neither lyrically nor musically. His songs, part of the Ride album, are all permeated with that heartwarming and, occasionally, also heartbreaking honesty that matches the sonic immediacy that has been, since ever, at the core of Walter Trout's musical credo, when making new music.

The new album, from a songwriting point of view, is a unique documentary on Walter Trout man and artist of the last couple of years in the artist's life. His lyrics are drenched with sentiments of loss, anger towards the politics of his country of origin and the assumption that some people have about their presumed immortality, memories of places he has lived in as a young man and letters of unconditional love for his wife Marie and forgiveness for Trout's mother.

Trout has always been a superb lyricist and we would strongly recommend, should you decide to buy his new record, to read the CD's booklet containing the lyrics of each song, because when you will read them, while listening to the album, every word written by Trout will make total sense with the passion and the intensity with which Trout is playing and singing on Ride.

From a more musical perspective and if you own already part or all of Trout's vast discography, you will have very rarely come across to such a versatile and pleasantly surprising sounding record like Ride truly is. Whilst the American artist is universally known as one of the most accomplished and talented Blues/Rock guitarist worldwide, many will be so hugely surprised to hear the superb job that Walter Trout does also on playing Harmonica, on many songs, Mandolin, Acoustic Guitar and Omnichord.

Accompanied in studio by his long-standing, talented and trusted drummer Michael Leasure, that highly skilled Hammond and Wurlitzer Organ player that is Teddy Andreadis, the almighty Jamie Hunting on Bass and Trout's highly trusted producer Eric Corne on backing vocals duties too, Trout unleashes superbly through his songs all those genres that have constituted the roots of the American guitarist's musical foundation, like 70's Psychedelia, Country-Blues/Rock, 60's Rock'N'Roll and even, unbeknown to many, 50's and 60's Stax Soul, like he shows so masterfully in the closing song of the album called Destiny.

Trout's vocals, on top of everything, seem to become more powerful and eclectic as the years go by; from the aforementioned Destiny going through the album's title-track and right to the raucous and incredibly emotive Better Days Ahead, where Trout also executes one of the strongest guitar riffs ever heard in the last two decades of Blues/Rock music, the American singer/songwriter gains more vocal power through each passing album, to the point that Ride can be considered, among many more opulent artistic characteristic of Walter Trout, his strongest album, as a singer.

Through the challenging times we are all going through, right now and all around the world, it is rather wonderful to be emotionally embraced by an album like Ride and by an inspired and complete artist like Walter Trout. To us at Bluebird Reviews, the record of his lifetime,