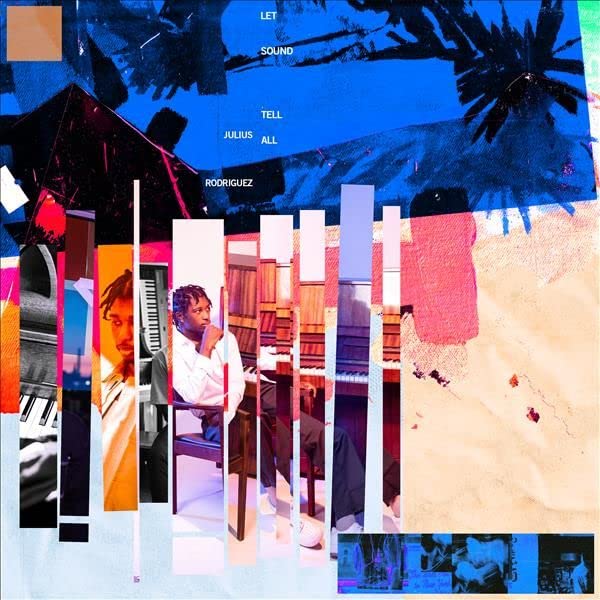 It is very rewarding, for who writes about music, to notice young artists embracing more and more the idea to combine contemporary approach to music with a deep attention to the lessons and the experience coming from giants of the past generations.

Some may call it Sonic Extravaganza but the reality is that modern music artists are entitled to have their own vision, still respecting though the musical archetypes that have made music genres well known and accessible to the masses through the decades

Somebody that has assimilated this concept very well,  is most certainly 23-years old "Orange" Julius Rodriguez from New York. The American Jazz, Gospel, Hip-Hop and Soul multi-instrumentalist, despite the young age, has been working relentlessly as a sideman for Wynton Marsalis, Meshell Ndegeocello and Veronica Swift and many others since he was 16, while self releasing few singles and EPs independently until he signed for the prestigious record label Verve Records in 2021.

With all the experience gained throughout his early years in the music business, Rodriguez has acquired not only the respect of his fellow artists and musicians in all corners of the world but also a certain notoriety for his fabulous skills, especially as an improvisational pianist and drummer.

Julius Rodriguez must have thought that the time was right, when last month he decided to release his first full-length album called Let Sound Tell All, a body of work that contains sophisticated sketches of improvisational Jazz combined with an inspired and exquisite taste for melody.

One of the many things that makes Let Sound Tell All a very special debut album, it is the way that Rodriguez doesn't waste notes at all, while he is playing, like sometimes some Jazz artists may happen to do, at times. Instead, the American artist decides to follow his own instinct by letting the music flow naturally and capturing precisely the moment when it is the moment to chisel and complete the structure of each of his compositions.

Despite clocking off at 35 minutes, in terms of record duration, Let Sound Tell is an opulent record that throws to the listener moments of outstanding free-form Jazz, like the exceptional Two Way Street, with other stylish, imaginative and slick instrumentals, like the album opener Blues At the Barn or Gift Of the Moon.

Rodriguez surrounds himself with some brilliant studio musicians, on his debut, like Morgan Guerin on saxophone and electric bass and Giveton Gelin on trumpet, among others, plus the singers Mariah Cameron and Samara Joy, who display their fabulous vocal talent on the only two non-instrumental tracks of the album, called respectively All I Do and In Heaven.

With a solo record of this caliber, Julius Rodriguez showcases, together with bags of talent, all the characteristics of an artist that is going to become, in the next decades, the perfect torchbearer of what some call, rather strangely, "Gen-Z" Jazz. At Bluebird Reviews, we call artists like Julius Rodriguez simply Masters At Work.