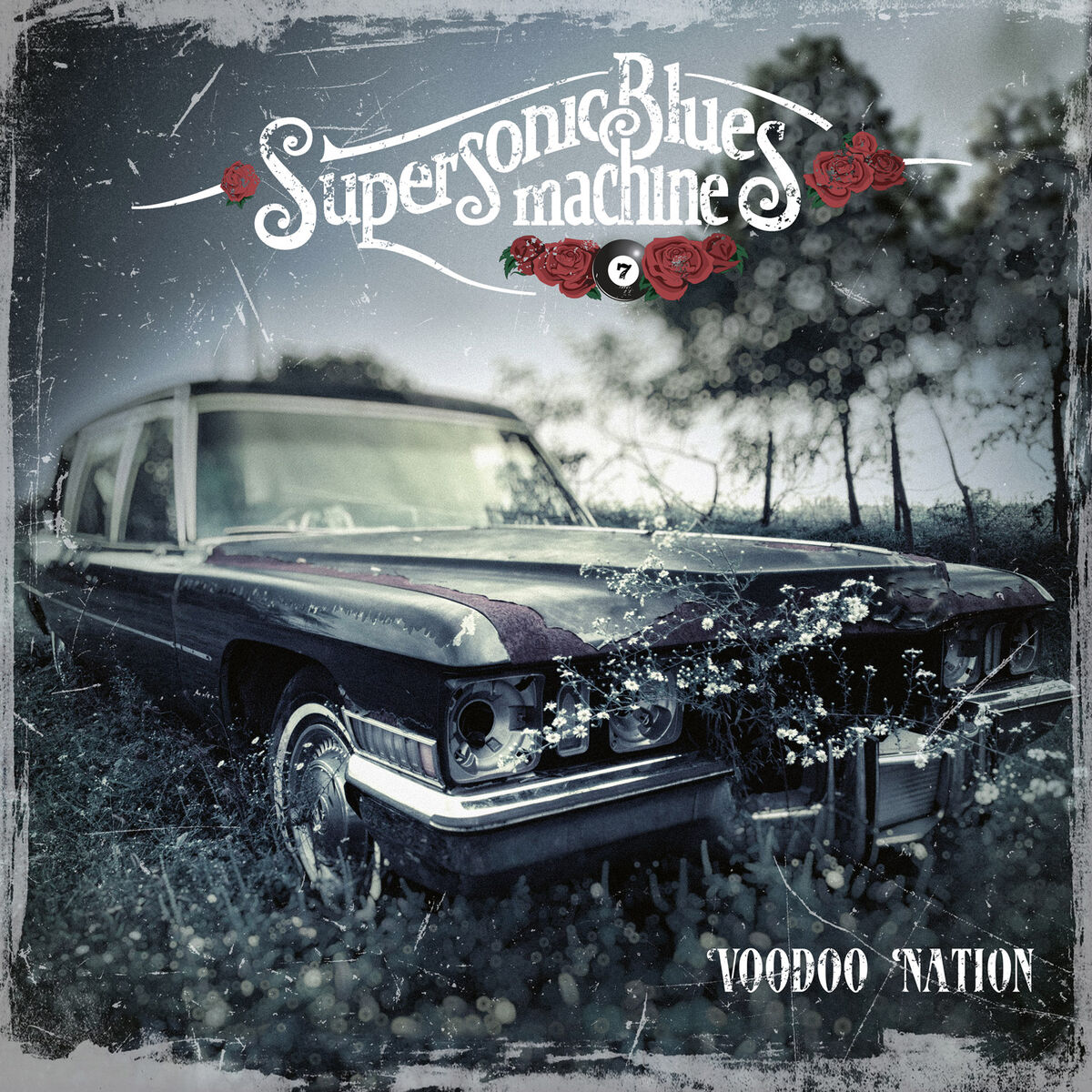 It's quite fascinating the musical path that a band like Supersonic Blues Machine is walking through, album after album.

After their highly celebrated 2016 debut called West Of Flushing, South Of Frisco, the American collective showed all the signal of a band with a strong Blues/Rock pedigree, mixed with elements of Soul and Funk, able to marry skilled songwriting, songs containing bags of melody and a musical texture of considerable power.

The follow-up to West Of Flushing..., called Californisoul from 2017, it displayed a clear will from the band, now orphan of their singer and guitarist Lance Lopez, after the completion of that album, to shuffle a lot more their musical formula, verging to a sort of contemporary compromise of 70's Motown Soul, Psychedelic Rock and Funk in equal measure.

Whilst Californisoul might have been, to the eyes of some, a transitional, although very creative record, bass player Maestro Fabrizio Grossi and drummer extraordinaire Kenny Aronoff knew exactly the kind of sonic seeds they were planting, on that album, as it emerges now clearly on their rather splendid new body of work called Voodoo Nation.

Now enriched with the presence of an ace singer/songwriter and guitarist like the British sensation Kris Barras in the band's line-up, Voodoo Nation translates very neatly the musical vision that Supersonic Blues Machine has been building gradually in the last 5 years.

The American collective has found, through Voodoo Nation, a rather perfect balance between excellent songwriting (Too Late, Devil At The Doorstep, All Our Love, among others) and ballsy arrangements, the latter, so beautifully illustrated throughout the whole album but especially, on the album's title-track, You And Me and Get It Done.

As always happens in any of of the Supersonic Blues Machine's albums, the list of Special Guests present on this record is remarkable and it includes many big names of the music industry, like Kirk Fletcher, Sonny Landreth, Eric Gales, Ana Popovic and many more but, to our website and without sounding disrespectful to any of the Special Guests, what really makes an impact, on Voodoo Nation, it is the overall quality of the songs included on the album that creates the real shift forward on Voodoo Nation.

Individually, each of the band member part of the American collective completes each other in a very organic way and every aspect of every song structure takes total benefit of this element.

Barras' guitar playing and vocal abilities are very well known and this album allows his talent to breath at its finest. Fabrizio Grossi is, as always, one of the most talented and respected master of the bass guitar and Voodoo Nation shows some real gems of ability from the Italian-born artist, especially on songs like Too Late, Do It Again, You And Me and Voodoo Nation, although it is difficult to pick one song out of the whole of the record, where Grossi's talent doesn't shine in full.

A particular mention, though, goes to that marvelous and multi-faceted drummer that is Kenny Aronoff. While he is internationally renowned for his past work with artists like Willie Nelson, John Fogerty, The Smashing Pumpkins and many more, Voodoo Nation, among many highs, also displays a musician like Aronoff at his very best, dictating sonic tempos in every song with such power, metronomic precision and technical ability of the highest quality.

Voodoo Nation is the celebration of what Supersonic Blues Machine is all about. It is the work of a talented musical family supporting and completing one another on a harmonic and rhythmic level, willing to explore new musical highways with intelligence and great musicianship. The sound of a band that keeps on blossoming artistically on each passing record.