Bonamassa Is Living His Boyhood Dream 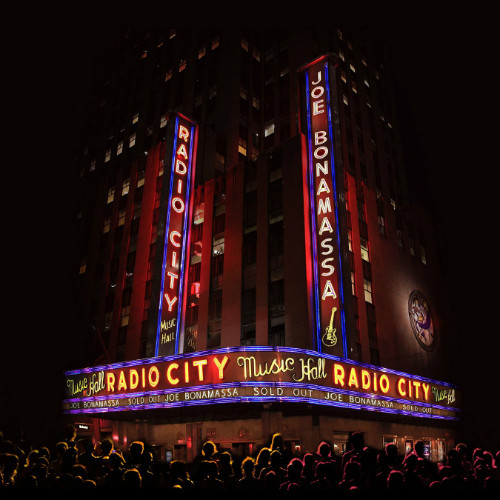 Blues-rock guitarist, Joe Bonamassa is living his boyhood dream of performing at world renown theaters (Royal Albert Hall, Vienna Opera House, and Red Rocks Amphitheater).  His newest concert CD/DVD release, Radio City Music Hall is nothing less than stellar!  It captures the artist in the best of dual roles, a tale of two Joe's-- the finger-picking, acoustic troubadour and the electric blues-rock titan.  This performance marked the culmination and finale of a special 18-month tour Bonamassa showcased around the world (twice).  The CD & Blu-Ray Deluxe Collector’s Edition include 2 newly recorded songs, 9 unreleased live tracks, over 75 minutes of music, over 2 ½ hours of live video, a 40 page collector’s book with photos, and special behind-the-scenes footage.

To say Radio City Music Hall is better than any of its predecessors is a personal choice.  Bonamassa proves again why he is considered one of the best guitarists of our generation and hardest working musicians in the business.  His performance is animated, emotionally charged, and entertaining through to the end.  Each live recording represents a mere moment in the bluesman's professional career, the closing of one chapter in a lifetime series of musical adventures in keeping the blues alive. There's enough music in Bonamassa's back catalog to satisfy fans for years to come.

2. One Less Cross To Bear

3. Living On The Moon

4. I Gave Up Everything For You, 'Cept The Blues

10. Never Give All Your Heart

8. Never Give All Your Heart

15. I Gave Up Everything For You, 'Cept The Blues