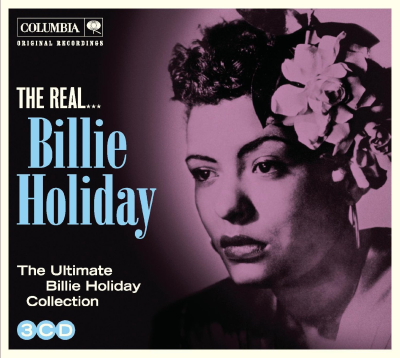 Cassandra Wilson, one of the finest and most important jazz, blues, country and folk vocalists today, salutes the superstar and legendary songstress Billie Holiday during “Lady Day’s” centennial celebration week. Timed with what would have been Holiday’s 100th birthday, Wilson will release Coming Forth By Day, a celebration of Billie Holiday, on Sony Music/Legacy Recordings. 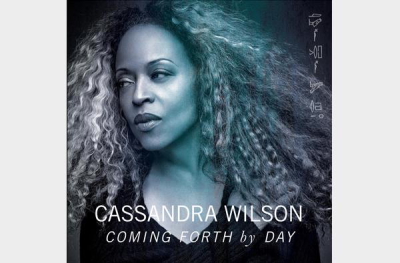 Wilson became one of the founding members of the groundbreaking M-Base Collective in the early 80’s, released the landmark album Blue Light ‘Til Dawn in 1992, has earned two Grammys (1996, Best Jazz Vocal Performance for New Moon Daughter; 2009, Best Jazz Vocal Album for Loverly), and has received countless other honors and awards during her illustrious career.

Join Cassandra Wilson, as she headlines the legendary Apollo Theater for the first time in honor of a trailblazing artist who first graced the same stage in 1934!

In person at the Apollo Theater Box Office

One of our reader favorites is Billie Holiday's original work, "Don't Explain". It has been recently covered by blues artists, Beth Hart and Joe Bonamassa, among others. Holiday penned the song with a real life story behind it, yet, elegantly sang it with crisp confidence, showing how music has been her backbone to stand up to adversity with courage.

"I Cover The Waterfront" has been named by Ted Gioa author of Delta Blues, as a "vehicle" for Billie Holiday. The widely covered Johnny Green classic was even pared down by John Lee Hooker. Holiday was a pioneer in singing directly from the heart, to soar above expected techniques.
Song credits: Billie Holiday vc. with Doc Cheatham tp; Lem Davis as; Vic Dickenson tb; Eddie Heywood p; Teddy Walters g: John Simmons b; Sidney Catlett ds; 25th, March 1944

Cassandra Wilson is an American jazz musician, vocalist, songwriter, and producer from Jackson, Mississippi. Described by critic Gary Giddins as "a singer blessed with an unmistakable timbre and attack who has expanded the playing field" by incorporating blues, country and folk music into her work.

She began playing piano at six, guitar by the age of twelve and was working as a vocalist by the mid-'70s, singing a wide variety of material. After moving to New York City in the early 80’s, Cassandra met saxophonist Steve Coleman and became one of the founding members of the M-Base Collective.
At the completion of her stint with M-Base, Cassandra sought a more acoustic context for her vocal expression. She signed with Blue Note Records in 1992 and released a landmark album titled “Blue Light ‘Til Dawn” which would pave the way for a new generation of jazz singers seeking an approach and repertoire that challenged the supremacy of the American Standard songbook.
Wilson has continued interpreting in fresh and creative ways vintage blues, country and folk music up until the present day. Her awards include: two Grammys, the Django D’Or, The Edison Music Award, and a marker on the Mississippi Blues Trail. She also performed one of the leading roles in Wynton Marsalis' "Blood on the Fields," the first jazz work to receive a Pulitzer Prize.

How to Purchase Tickets to the Newport Jazz Fest

TDD (Telecommunications Device for the Deaf) Type your request or question using this option. 800-943-4327

Service Charges apply to all tickets purchased online and by phone.

Newport Visitors Center General Admission tickets also may be purchased in person at the Visitors Center in Newport located at 23 America's Cup Avenue in Newport. Visit www.discovernewport.org for ticket center hours and information.

Festival Ticket Office The Foundation ticket office at 770 Aquidneck Avenue in Middletown, RI will operate at a later date. For more information, please email: This email address is being protected from spambots. You need JavaScript enabled to view it..

For general information email This email address is being protected from spambots. You need JavaScript enabled to view it..

Some Other Spring (Billie Holiday)