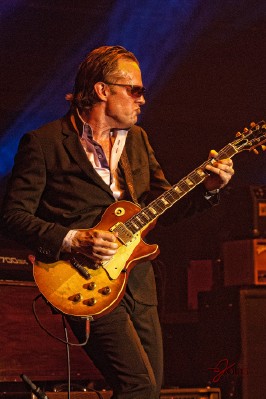 As Joe Bonamassa continues to grow his reputation as one of the world's greatest guitar players, he is also using his star power to be an advocate for music education. His non-profit foundation, Keeping The Blues Alive (KTBA), donates to music education programs, supports scholarships and promotes blues music by partnering with sponsors such as Guitar Center, Ernie Ball, and Joe's label, J&R Adventures.

In an ongoing effort to raise additional funding, Bonamassa has put together two exclusive events. The first, dubbed "Muddy Wolf"--a tribute to the music of Muddy Waters and Howlin' Wolf, saw Bonamassa and a hand-selected ensemble of master musicians perform before a sold out crowd of 9700 people. The benefit concert held at RedRocks Amphitheater raised $45,000. It was filmed for PBS and Palladia, too. Air dates to be announced. DVD set to release March 2015.

The second gathering, the Keeping The Blues Alive at Sea cruise sails from Miami, FL to Nassau, Bahamas, February 17 - 21, 2015. As of late, limited cabin space is available. You can check here for complete details.

What's more? Many emerging artists signed up for Joe Bonamassa's Soundcheck Stage for the opportunity to play. Today, the official announcement was made: "The winners have been chosen, and we're happy to announce that Black Pistol Fire, Steve Costello, Katy Guillen and The Girls, Radio Moscow, and Tasha Taylor are officially performing!" 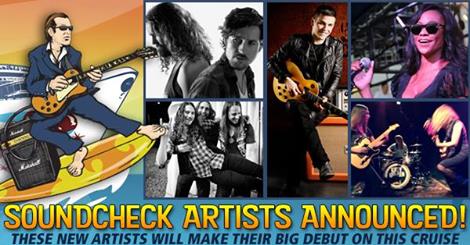 The top five winners are guaranteed to play two live sets. Still--they have another chance of a lifetime: to play the Main Stage.

Discover new blues music and be a part of Keeping The Blues Alive, by clicking the link below.

Deb's Music Stop would like to congratulate all five winners.