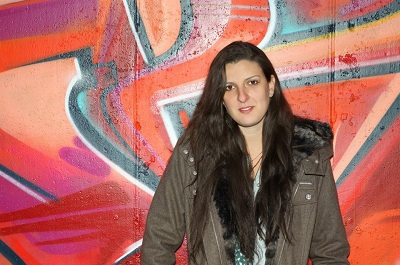 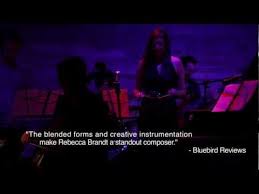 Here is her update:

As you know, I released my first record back in May 2012, and what you may not know is that it received a top-25 shortlist nomination at the 2013 Grammy Awards. A newly-formed label Green Village took notice and pitched the idea of curating a remix album based on the original pieces, and thus our new baby was born, Numbers & Shapes: Revisited. It features 14 remixes created by different producers and DJs from around the world, including Starkey, Policy, Liondub, Rabit and more. The project had no guidelines or expectations - we just wanted to create dance floor-driven tracks built off classical elements, to try to challenge and play with the rules of genre and have some fun.

While I'm quite attached to Numbers and Shapes in its purest form, Brandt keeps the music as art philosophy in this production. There is something to be said for trusting an artist that you've already enjoyed, you trust not only their music, but the idea that their brains will work the same way when they approach future projects, even if they are different than the first. With multiple DJ's and mixers involved in recreating something that was great to begin with, the risk for Brandt was significant here. We rarely review dubstep, electronic, remixes, of anything on this site, but with Brandt at the helm of the station, the quality of the delivery in this genre is in creative hands.

In May 2012, Brooklyn-based composer Rebecca Brandt mixed electro-acoustic, contemporary classical and electronic sounds to create her debut album Numbers & Shapes. It featured 14 tracks of original compositions, written and orchestrated for 30+ instruments. Instrumentation ranged from solo piano to a string quartet, to a mixture of woodwinds, guitars and electronic synths, to a 32-piece orchestra. It reached top 25 for "Best New Age Album" at the 2013 Grammy Awards.

Numbers & Shapes: Revisited (GV001) was the brainchild of Green Village, a Jersey City based creative studio and party. The concept behind the project was to curate a dance-floor driven remix album where the fixation of genre was irrelevant. There were no guidelines, no expectations, and no time constraints for completion. After a year in the making, 14 remixes have come together and created a truly unique listening experience.