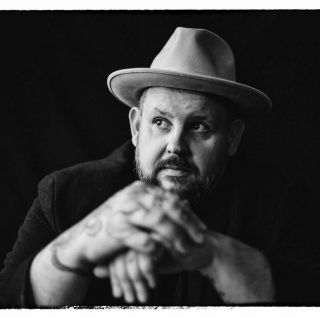 Farnborough is a town located in Hampshire, south of England, UK, often best known for the prestigious Air Show that the English town hosts every couple of years. Together with being on the Worldwide Aviation Business Map, Farnborough means also "Home" for one of the most loved R&B, Soul, R&R and Cajun singer/songwriters, guitarists and performers of the whole country, Big Boy Bloater.

The British musician, who is also an old friend of our website, has been writing and recording albums for well over two decades, bringing to the panorama of the overall English music a breath of fresh air, through an highly eclectic and entertaining formula that has not just allowed him to successfully bring his enormous talent on many stages worldwide but also to gain the love and admiration of thousands of fans and some of the most respected fellow artists of the Music Business (Jools Holland and Imelda May, among many others). 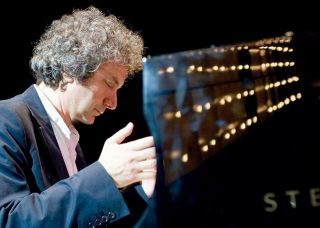 Pythagoras used to say that people blessed with harmony are the essence of the universe. In that respect, an artist like the Italian Maestro Roberto Cacciapaglia matches perfectly Pythagoras concept. A musician blessed with a vision of music at 360 degrees, the Italian composer, experimentalist and forward thinker of that marvelous art that is music, has honored our website once again in talking about his latest release, the Deluxe Edition of his 2007 album called Quarto Tempo.

The record, remastered and remixed in London, Uk, at the very famous Abbey Road Studios, has been released under format of Double CD, the first containing the whole of the original album, while the second CD sees Roberto Cacciapaglia performing with the piano only. The Italian Composer released the Special Edition of Quarto Tempo without any sonic manipulation or trickery, maintaining, fundamentally, the purity of the sound at its original form, something that the Maestro is very proud of.

Read more: Dawns Of Creation - An Interview To The Italian Maestro And Composer Roberto Cacciapaglia

Music, Family And Other Stories - An Interview With Ryan McGarvey 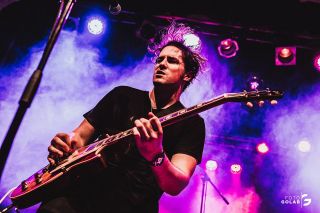 There are very few music genres where artists are able to mirror their talent and personality with the music they are playing as well as Blues/Rock does. It might be due to the fact that the two genres constitute a perfect balance between the more calm and introspective side (the Blues) of an artist with a more wild and erratic one (the Rock), both symbolism of the Jekyll and Hyde sides that perhaps not just musicians have inside of them but inside of many of us common mortals too.

Said balance has always worked and still does work perfectly for the very talented guitarist and singer/songwriter from Albuquerque, New Mexico, Ryan McGarvey.

Read more: Music, Family And Other Stories - An Interview With Ryan McGarvey

A Time To Remember - An Interview With Corky Laing 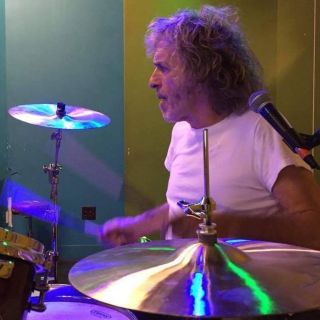 The scene is 1976. Mountain's drummer Corky Laing get a call from Steve Wax, president of one of the most glorious record labels of that period, Elektra/Asylum. The content of the conversation between the top man of the record label and the drummer and singer/songwriter was about the general musical taste of the masses going through a generational change. Genres like Punk were beginning to surface in the rock landscape and got the full attention not just of the music industry but also of millions of music fans around the globe. Through a more confrontational and rebellious attitude expressed through the music and the lyrics, Punk was sonically taking over an era where Glam and Classic Rock had dominated the charts worldwide.

In a desperate attempt to regain the attention of those fans, which was migrating to more raw musical territories, Wax had asked Laing to form a Super Group in the aim to create a body of work of enormous quality that would win back the love and the affection of those devoted fans, now "distracted" by this new and tempestuous musical Nouvelle Vague.

Read more: A Time To Remember - An Interview With Corky Laing

The Unstoppable - In Conversation With Samantha Fish 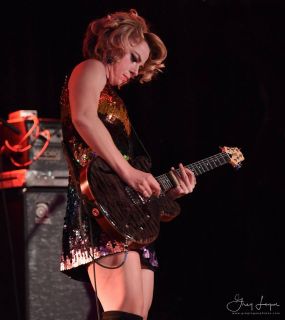 It's funny the way the circus of the music business works. In the last decade or so, record labels have been increasingly in financial dismay, with most of them going bankrupt or even vanishing from the face of the earth completely.

On the other end and rather ironically, there has been (and there is still) an  impressive amount of new and promising rising stars, displaying so much natural talent that, for some of them, it proves difficult to be contained in just one record.

Read more: The Unstoppable - In Conversation With Samantha Fish