Happiness Is A Warm Gun - In Conversation With Broken Witt Rebels 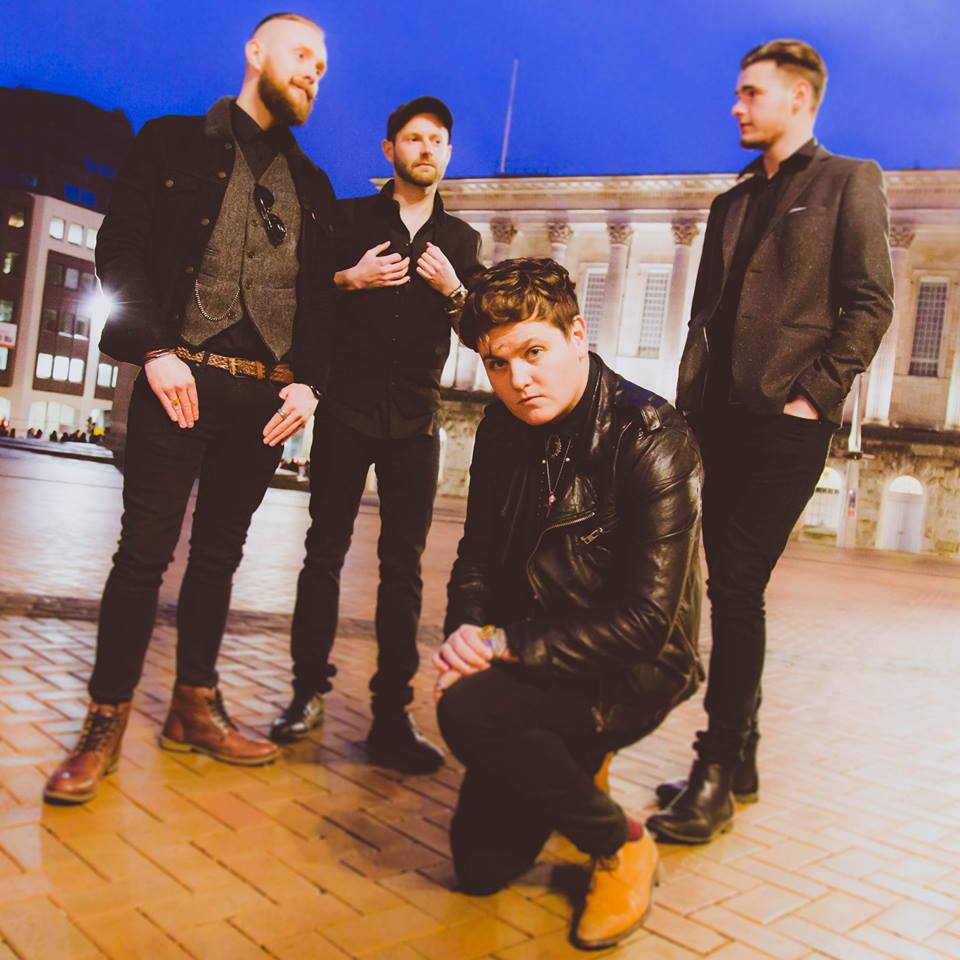 When in April 2016 the British collective Broken Witt Rebels released their third EP called Georgia Pine, they created a huge buzz in the whole of the Indie music industry in Great Britain. The EP contained five songs of an incredible impact, either emotional, musical, lyrical, something that blew the minds of many music lovers, no matter the genre played.

Given the young overall age of the band members, gravitating in the early twenties, the explosive sound and the musical maturity expressed by Danny Core (Lead Vocals, Guitar), Luke Davis (Vocals, Bass Guitar), James Dudley (Drums) and James Tranter (Vocals, Lead Guitar) was one of the most pleasant surprises of 2016. The success of the Birmingham-based collective has continued through this year as well and still going, through a massive amount of Tour Dates that took Broken Witt Rebels all around the United Kingdom, receiving numerous accolades by the fans and the music press.

When Bluebird Reviews meets the band prior to their show tonight, there is a palpable, excited atmosphere in the air, with smiles all around and a general feeling of happiness running through all the band members. The show that our website will then later witness is an absolute killer. Core's vocals are so soulful and powerful, echoing memories of all-times giant singers like Joe Cocker, just to give an example and the whole rhythm section made of Davis, Dudley and Tranter is a pitch perfect, well-oiled music machine.

When we start our conversation with Broken Witt Rebels, the first topic goes inevitably to their views on the huge stint of success that their latest release Georgia Pine has given to the band. "(D. Core) When we got everyone in the band as it is now, with James on drums being the latest recruit for the band, I think, within the last couple of years, it really felt for us that all the pieces were now finally fitting together." (J. Dudley) "For me it was a big change. I was going to the studio with these guys for the first time and I remember that it felt really great, because I have been knowing their work for a long time. Georgia Pine has been really a big game changer for us, because after the release of the EP, we were left on our own, in terms of being without a label and then it just happened that we shifted up a gear to our sound and started up playing a lot more shows." (D. Core) "That was the moment when stuff got really serious for us!"

Broken Witt Rebels really impress in the way they are able to absorb and develop in a very unique way genres like Americana, Rock, Roots and Blues, something that not many bands are able to recreate to their level right now in the United Kingdom. The interplay on stage of the whole band leads to believe that the common love for all those genres must have helped Broken Witt Rebels to jell even more, musically speaking and personal friendship aside. "(D. Core) We are all big fans of a massive spectrum of music. We love artists like The Stones, Free or Fleetwood Mac right to more contemporary styles of music, like Alabama Shakes, for example. We have a great appreciation for the more vintage, old school kind of sound and we like to apply our own spin to it. I think I can speak on behalf of the whole band, when it comes to who we like, music wise." 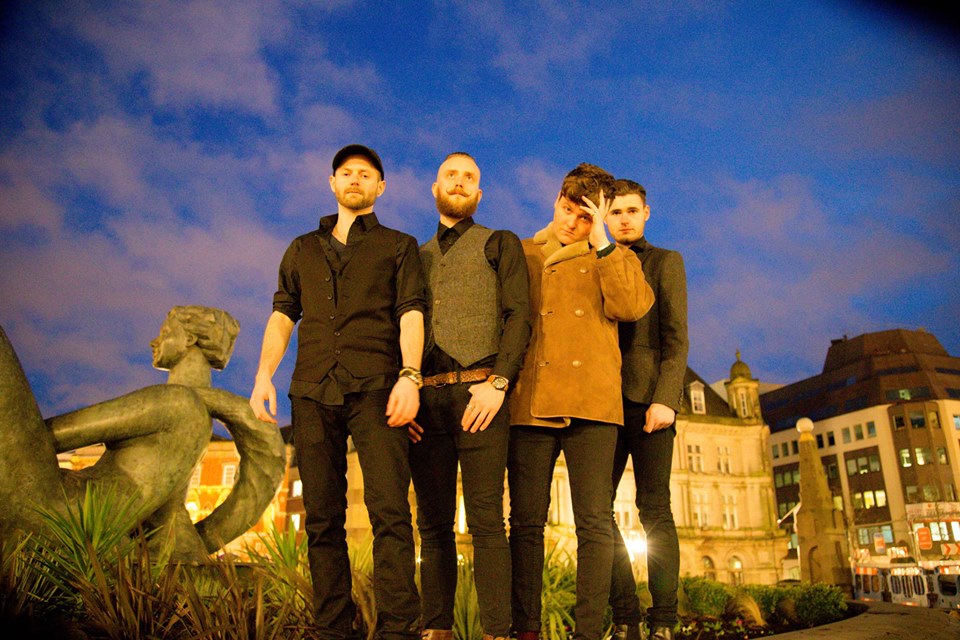 The five songs included in the band's third EP, Georgia Pine are all great, catchy songs, each and everyone maybe with different moods but played and sang fundamentally with great power and swagger by the Birmingham-based collective. The way that Broken Witt Rebels assemble old-school Soul and Bluesy atmospheres with a contemporary twist is unique and Bluebird Reviews is just wondering whether all the songs on Georgia Pine were written all at the same time. "(J. Tranter) I think they were roughly written pretty much all around the same time. When we started writing the songs, they were just sketches, demos or simply ideas." (D. Core) "I think that Getaway was the very last minute song that we included on the EP. We were not sure until the last second prior to release the EP whether to include the song on Georgia Pine or not, but in the end we did." (J. Dudley) "We had phases when we had, say, a two-weeks window period, when there were 3-4 days without live shows, so we could get together and write down new material. There were times in which we could write a song in a day, some other times when the creative process took instead a bit longer. But I guess this is what happens to pretty much everyone in this business."

In the last 36 months the band has been touring unceasingly, often with other artists. Surely, with all the big names in music business they have been touring with, they must have received plenty of very valuable pieces of advise about music business. "(J. Tranter) No, not really, quite the opposite, they were horrible to us (BWS all laugh)!" (D. Core) "I think we have learned a lot from every artist we toured with. I feel that we have, from each individual artist, picked up (or you may say even pinched) little tricks about how to make our live performances to sound even better. That kind of lesson make us grown as musicians and as a collective every time. We always welcome anyone that can give us an advice based on their experience on how to improve our live shows." (J. Dudley) "I am with Danny on that. I cannot remember a single artist from which we have not learned something, even a minute little detail about how to make us sound better on stage." (D. Core). "Well, actually there was one artist that wasn’t particularly nice to us but we won’t go to that, it’s not even worth talking about it (they all giggle)."

Georgia Pine closing song Guns is, perhaps, the key track of the whole EP and certainly one of the young British collective most recognizable signature pieces, always greatly welcomed in their live shows by their fans. " (D. Core) That song comes straight by aspects of our lives lived in Birmingham and it is an homage to the city, in essence. It’s our tribute to the city where we come from or where some of us just grew. The same city that allowed us to grow up dreaming big about music and life in general. In terms of timeline on when actually we wrote the song, I believe it was just before the time when James Dudley joined the band. At the time we recorded that song in Birmingham, I remember there is a canal where we would usually look at the heart of the city, right where the big BT Tower is. In our minds, the idea at the time of throwing a penny in the water and wishing that our dreams would become reality by doing so, was the driving concept that inspired the lyrics of that song." 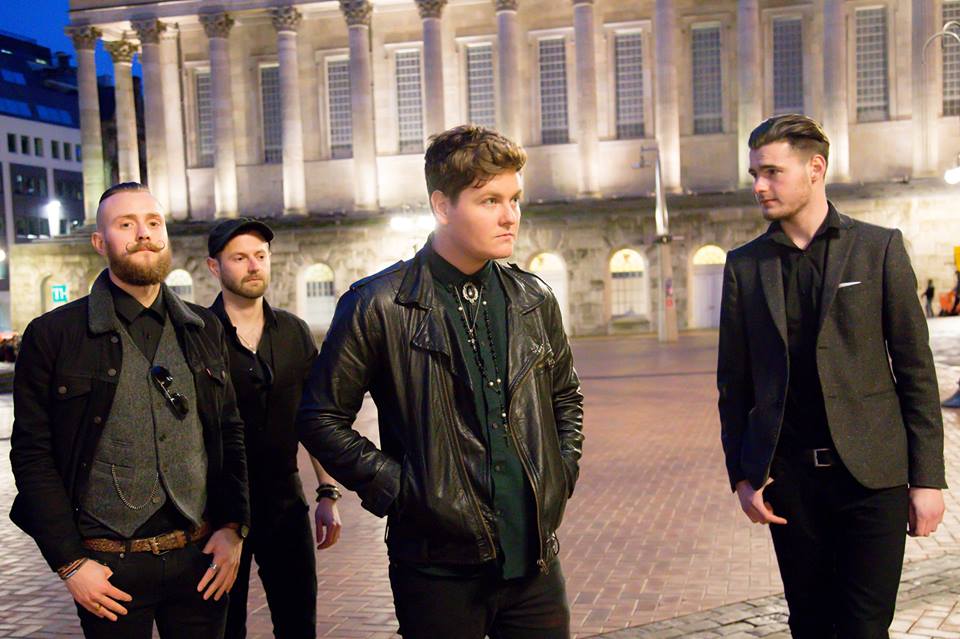 Since the explosion of the band nationwide in the United Kingdom, many fans cannot wait now to get their hands on a new album, hopefully, Broken Witt Rebel's first full-length one. " (J. Dudley) This has been an absolute crazy year for us, industry wise. It's been amazing the kind of response that we have every time by our fans and people coming to our shows and buying our records. There is nothing more that we'd want than releasing a full album right now. We have got the music, we have more than enough tunes ready, I guess it's all about a matter of stepping in the right studio, with the right people to work with and there is some marketing work to be done too, on top of that. As you can imagine, all that nitty gritty kind of stuff sideline the release of the record. All that we can say is that, expect a full album anytime soon, because this is all we are working on. We are essentially waiting for the green light to come on and tell us to go ahead and release it." (J. Tranter) "We want to make sure that we do things right. We don't want to release anything that has not got the right quality and rushing it, with the danger of releasing something not good enough, because that it is not us. We just want for the fans to get the best album they have ever heard in their lives."

Broken Witt Rebels are still constantly on tour. Tomorrow 29th July they will be performing at one of the most renowned music festivals in the United Kingdom, the Ramblin' Man Fair. " (L. Davis) We really can't wait to play there. It's our first time playing at that festival and there's such a great line-up of artists, from Extreme to ZZ Top. We will do our very best to come on stage to change the lives of few people through our music".

The story so far of Broken Witt Rebels is quite remarkable and one can just assume that, given their young age and the bags of talent they possess, the next goal in their music agenda is going to be World Domination! " (D. Core) Absolutely! (General giggle) We are very grateful for what you said and the support that we receive by media, including Bluebird Reviews. We have got some big plans that we cannot just quite announce yet but those plans look in great shape after our recent trip to the States and more details will be revealed soon. We had a great year last year, we will keep playing quite few festivals this year too, like the Ramblin' Man, as Luke just said. All that we want, as a band, is to ensure that the great momentum we are living right now keeps going for as long as possible and to make our fans the happiest in the world through our music."