Trying To Be Me - In Conversation With Eric Johnson 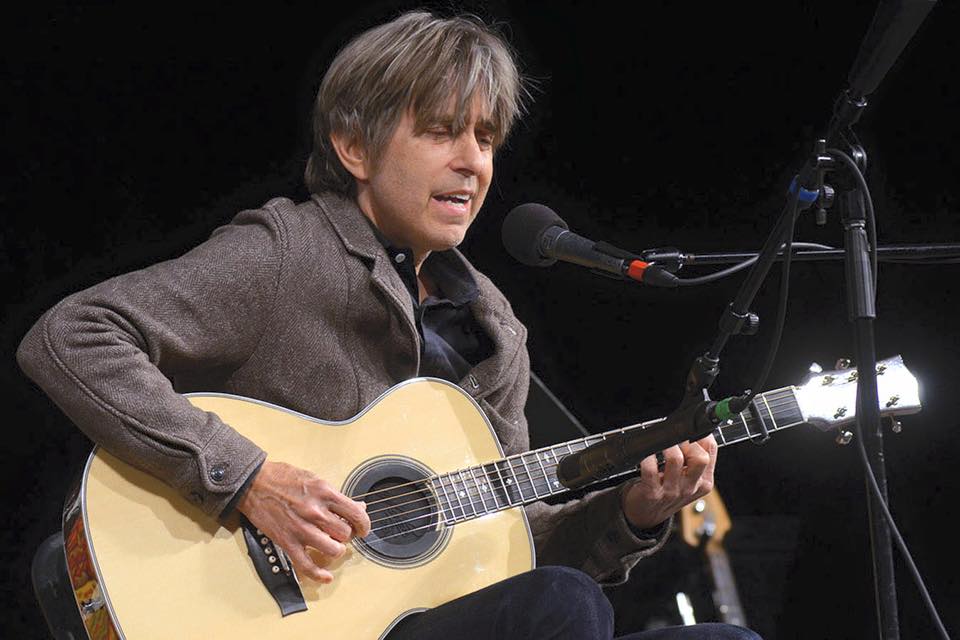 Sometimes music artists spend relentless period of times trying to nail the right sound effects, to write the right lyrics, find the right producer or to cut the right vocals in the hope to make their albums a true masterpiece.

Rather fortunately, though, there are still musicians out there able to play a more stripped-down music style, still achieving brilliantly their ultimate goal, which is to bring their music to the masses.

Eric Johnson, the Texan-born veteran guitarist and one of the most talented and versatile blues/rock artists worldwide, has totally and perfectly embraced this concept, by releasing, towards the end of 2016, the very first acoustic album of his career, simply called EJ.

The album is a total revelation for old and new fans of Johnson's music. An eclectic collection of superbly balanced songs, plus some instrumentals and a bunch of covers, the whole executed in such a phenomenal style, a true pinnacle in Eric Johnson's career.

When Bluebird Reviews has the opportunity and the privilege to discuss with the legendary Texan guitarist and singer/songwriter his brand new album, Johnson is affable as always and sounds in a really good humour.

BBR - Hi Eric, thank you so much for talking to us at Bluebird Reviews. EJ, your brand new album, is your first ever acoustic one after three decades in making music. Which criteria did you follow in choosing the songs that ended up being on EJ?

EJ - I just went in the studio and recorded a bunch of songs that I had in mind to record for a while plus a couple of new ones that I wrote and included in the record. I believe I managed to capture, on EJ, the best performances of songs that I played live that I had a good take of. Few of the songs I had in mind, they didn't quite make it, compositionally, so I kind of threw them back in the pond but the ones that I thought were good compositions, I just kind of over-recorded them and looked for takes on which I did a good performance on. I actually have a bunch of more acoustic tracks that I am considering to put on a possible EJ Vol. 2 but I just need to get good enough performances of those songs, because I just want to get the best takes possible on the next album, as I always try to achieve on all my records.

BBR - EJ sounds a bit like a therapeutic album for you to record and something you truly enjoy doing, something that allows you to let your artistry completely break free. What triggered this sudden desire to explore the beauty of playing and recording music in a more stripped-down form?

EJ - Well, playing acoustic it's something that I have always done in my private life which, for various reasons I have never included that much in my electric albums. I guess that, generally, my style of playing nods more towards electric kind of stuff but on this album, I thought that the fans wanted to hear a more stripped-down version of my music. I think that in the last couple of years I have arrived to the conclusion that I want to include more stuff, especially acoustic, on my records, which is something I totally enjoy. All in all, through an album like EJ, I just wanted to be a bit more balanced, musically, with everything I like.

BBR - Your new album features some of the most inspired instrumental tunes I have heard for quite some time, from your own version of that timeless classic that it's Mrs. Robinson to some authentic jewels like Serinidad, Once Upon A Time In Texas and Song For Irene. Have such tracks been composed long ago or are they the spontaneous outcome of your improvisational skills, at the time you recorded EJ?

EJ - Actually, Song For Irene is a song that I wrote in the studio, while I was making the record and I think that it was the last thing I did on the record because it just came to me just like that. For Mrs. Robinson, well, I was looking to find the right way to start the record with and I though that making an instrumental up-tempo version of that classic was the best way to launch off the album. They just came in different times, all the songs. There are probably two or three songs on the album that I actually recorded several years ago, the rest of the album was written and recorded in the last six, seven months prior to the end of the recording process. 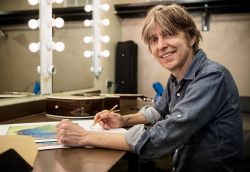 BBR - We all know, at Bluebird Reviews, your great love and respect for a guitar giant like Les Paul, to which you paid an artistic homage on The World Is Waiting For Sunrise. It was, though, slightly unexpected to see two Simon & Garfunkel's songs featured on EJ. How much did their music contribute to your artistic growth?

EJ - Well, they are kind of one of the soundtracks of my childhood. I liked to listen and I still do to a lot of folk music. It is something that, despite the fact that I did not include in any of my previous records, it's part of my musical DNA. I grew up listening to these guys, as I did listen to a lot of James Taylor, Joni Mitchell, Bob Dylan and stuff like that, so, in answer to your question, it's something that has always been in the back of my mind because it has been part of my musical formation. The Simon & Garfunkel songs included on EJ are such great songs and I just wanted to work on them with different arrangements, approaching them in a different way. At the end of the day, a good song is a good song, regardless of what flavour you apply to it and how you do it.

BBR - Even when you don't touch your guitar, you are still able to gift memorable music moments to your fans, like that goose-pumping tune that is Water Under The Bridge, executed with just piano and voice. What is the story behind the wonderful lyrics of that song, Eric?

EJ - I think it's a song about not holding everybody or keep tabs on everything. I think it's pointless to do that, it's important to forgive people on stuff of the past and to focus on moving on in your life. Regardless whether we have got a reason to hold on on stuff or not, if you keep going on about this type of things in your personal life, it kind of becomes poisoness to yourself in the end. It's much better and healthier to let it go and move on.

BBR - How many different guitars have you been using on EJ?

EJ - I mostly used a 1981's Martin D45 and I also used a Ramirez Classical and a Silvertone Acoustic on Song For Irene.

BBR - Texas is America's holy land for guitarists, either born and bread there like you or people like Billy Gibbons or adopted one like Lance Lopez, Omar Dykes or Mike Zito, just to mention few. Have any of you considered, one day, to join forces and take on Tour the cream of Texas guitar players?

EJ - Oh, boy, that would be real fun! We should call the project T3, rather than G3, wouldn't that be just fantastic!

BBR - Eric, in November 2016 you finished your Solo Acoustic Tour around the Statest with a fabulous hometown concert at the Paramount Theatre in Austin. Is there any plan, so far, to tour the EJ album also in Europe and the rest of the world?

EJ - We are currently discussing the possibility to extend the Tour even out of the States but it's all about to manage and fit it with my current schedule but I would be really up for it. I'd love to go back in places like Europe, for example, I have such fond memories of that part of the world and the fantastic crowds over there.

EJ - I guess that what I am trying to do right now is to be more sincere, more honest, genuine and spontaneous. Most of all, trying to make people feel more inspired and lifted through my music. I don't know if I am succeeding in making people feeling that way, but that, believe me, is my ultimate aspiration.