An Interview with Kevin Bowe on Etta James, Music Writing and Everybody's Business

This interview was inspired by a phone conversation with Kevin Bowe, as we discussed his new album, Natchez Trace. In the course of reviewing the record, he named so many great artists with whom he has written and recorded, that I had to schedule more time to discuss these experiences as well. We are still not done, but here is his take on the music of the blues and his songwriting work with Etta James.

This article was re-published with The Boston Blues Society. Keep The Blues Alive!

In addition to your recent album, with the Okemah Prophets, Natchez Trace, which was supported by a long list of talented guest musicians, you have written songs for a wide range of blues masters, one of them Etta James.

Which songs did you write and record with her? What was she like to work with? Did you tour with Etta as well?

I got a call one day from a producer, I barely knew the guy, but we had talked on the phone before and I liked him. He said he was doing a record with Etta James and I should send him some songs for it, so I did. As a songwriter, you get calls like that all the time and it usually comes to nothing so I forgot about it. A few weeks later he called me back and said "I have a friend who wants to talk to you"..... and Etta comes on the phone.

First words out of her mouth... "Are you Kevin? Are you Kevin Bowe? Did you write these songs? Man you bringin' it all back home boy, just like the Rolling Stones!" 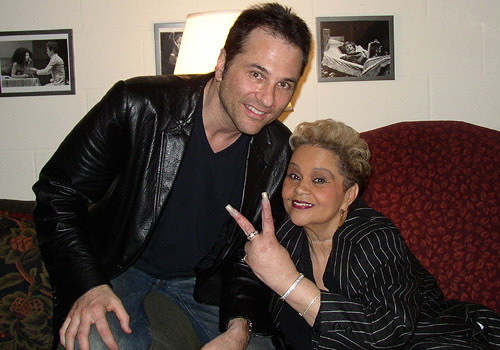 What I remember is that she put the accent on the ROLLING instead of the Stones and I thought that was really cool. I said "Yes ma'am, yes I did."

As an old Minneapolis punk rock Jewish boy, trying to age gracefully, this was about as good as it gets. We talked for a while and at the end of the conversation she lowered her voice and whispered "listen - here's my REAL phone number, the one I keep next to my BED...." which definitely scared me...but I wrote it down!

We got to be pals and I would go to her shows here and in LA, and she would always want to hang out and call me out from the stage. I opened for her here in Minneapolis, which was a great time. We talked about sex and drugs and rock and roll mostly. And aging. She was always very, very funny and self deprecating and sly-

Like many legends, I got the feeling that she had actually grown into this character she created for herself, which can be kind of an escape from something, but in the end it can be just a different kind of cage. But I loved her and I miss her.

She ended up cutting 4 of my songs on her Grammy winning "Let's Roll" album and she killed 'em all. One of them "Blues Is My Business" was used on a particularly violent episode of "Sopranos" and my mom LOVED that!

What other blues musicians did you write and record with?

One of the main things I'm working on lately is a huge voiced soul singer from Minneapolis named Alison Scott, the other is my own new record (Kevin Bowe + The Okemah Prophets "Natchez Trace").

What type of blues to you enjoy listening to the most? What do you think the next generation of musicians should appreciate about blues music? And I don't mean just guitar, I am talking about the form of blues music itself, since you are a song writer and musician, I'm curious about your take blues music, moving into the future. Some musicians I've heard love to say, 'this has a blues-y riff' or that 'had a blues-y tone to it,' and I wonder if blues music is getting diluted in new music. What do you think?

I listen to blues for the same thing as any other kind of music, and that's songwriting, soul and vocals.... followed by everything else. I don't much care about the guitar solos, I've heard enough of them for a lifetime and after Hendrix, BB King and Stevie Ray Vaughn, then what else do you need? So I'm always looking for a great song with an interesting story or hook, some soul and a great singer, meaning an INTERESTING singer, not necessarily a proficient singer. That said, it is pretty hard for me to dig a track fully if the drummer isn't good, but that's the track, the version, the recording, not the song itself. Big difference. There are bad versions of great songs and great versions of bad songs, but a great song is always a great song, it exists in the air, it doesn't have to be PLAYED or even recorded to be great.

In response to your second question, I think the word blues is losing its meaning as rock moves further from its roots, very little rock and ROLL out there now, more just ROCK. And as rock moves further from its blues roots then ANY hint of soul or bluesiness can make a younger listener go "Oh, that's blues". So now the Rolling Stones are a blues band. I even heard a younger kid describe my work with Alison Scott as "blues" which it isn't, her music is blue eyed soul more like Adele's best stuff. But there's another side to this semantic argument.... the blues police. I mean, overall people arguing over what is blues and what isn't, is a pointless waste of time. But there are always some people that like to appoint themselves the "gatekeepers", whether it's "indie cred", "jazz" or whatever. They can have that job, I don't want it, it doesn't pay well and mostly it just annoys people who are actually out there creating new work. I mean if you want to get into RULES then tell me, what's the FIRST THING MUDDY DID WHEN HE MOVED TO CHICAGO AND MADE A FEW BUCKS????? HE BOUGHT AN ELECTRIC GUITAR!!!! Does that mean he "sold out?" No, it means he was looking to get his music over any way he could, any way that moved him and he thought would move others.

So I guess the idea is to learn as much as you can about the history of music you love, where it comes from etc..... but then give it the freedom to go where it needs to go. When it comes right down to it I never much cared what other people thought of my music, outside of my peers. Growing up in the Minneapolis punk scene taught me to pay more attention to what I thought, than what others thought and I guess that has helped me and hurt me too. 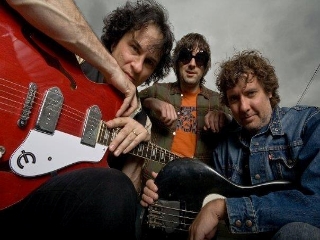 When you settle down to write a song, how do you start?

All different ways because I like to mix it up, habit is the enemy of art. Very often I do start with a title and work my way down, that usually works better than thinking of a "story" and then trying to find a hook for it at the end, that's like painting your way into a corner. But I start with a title, or a riff or a chain of chords or a melody and go from there. I try to write on different guitars in different rooms and with different people, so they come out different, I get bored easily and I don't want to be one of those writers that writes one great song, then writes it again and again and again.

How do you imagine all of the instruments that go into its production?

That's gotten easier over time and my teachers are all the records I listen to. The arrangements on Bacharach stuff, Little Feat, Stones, Beatles, all of my faves have something to teach arrangement wise.... if you're listening. I like to pick stuff apart like that and figure out how they did it.

I was at a progressive jazz fusion show locally and the keyboardist had a strap on, saying, 'this ain't the blues,' as if writing a blues song was easier. What do you think?

I think if you're in a blues band and your accountant says "you're making too much money, man" then start playing jazz. The only people that think it's easy are people who've never done it. 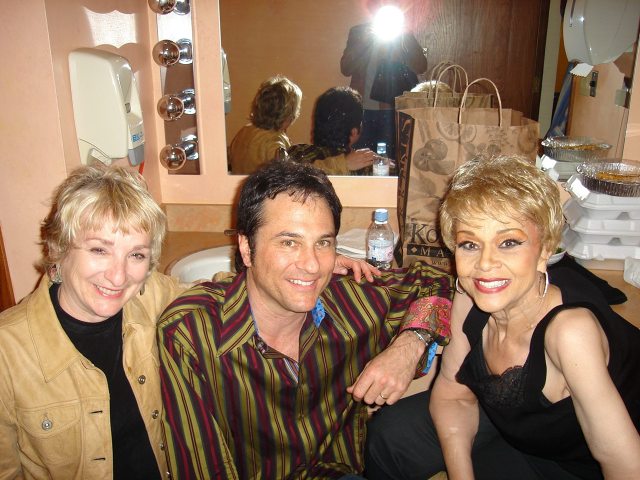 Do you think women have it easier or harder, to make it in the music world? What do you think of Etta's role as a leader in music for women, especially back then, when she started recording.

I think in some ways women have it harder in every walk of life on this earth and we all suffer for it. The world would obviously be a better place if all governments were run equally by women, or MORE by women. I think it's partly because both men and women try to screw women over. Men tend to stick up for one another in an odd way, women so often view each other as competition, it's really disheartening. Not all the time, but a lot of the time. Did you know that many female headliners have it in their contract that they don't allow female opening acts? I've run into this more than once, seen it with my own eyes. Can you imagine a band of dudes saying "no dudes in the opening act" or if the Roots said "no brothers in the opening act". What the hell? But it's actually fairly common for women. You throw that crap on top of the crap that men do to women and that is one big pile to wade through. But I say shame on women that have that attitude. Working with Alison Scott in Minneapolis and watching the BS that she's had to put up with, I've seen a ton of that, the music business has always been full of catty people, it attracts 'em like flies but man- the stuff I see makes me lose faith in the human race some days. We always call it "7th grade homeroom syndrome". I don't really know much about Etta's role in changing that, but I do know she didn't take any BS off ANYONE. Right when she walked in the room everyone knew what was up. I was happy to call her my friend, but I definitely knew better than to piss her off!!!