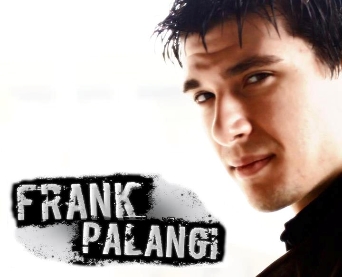 "A solo artist, bringing new music that is a creative sonic blend of rock, that remolds his sound and, thought-provoking lyrics, while offering great melodies and arrangements for the modern audience with a positive outlook."

With veteran record producer, Rogers Masson, Frank co-produced, wrote and recorded his debut EP in 2011. The sessions were held in Nashville, TN at Soundstage Studios. Rogers secured, Grammy nominated rock band, Day of Fire, and former Full Devil Jacket singer, Josh Brown, to backup Frank in the studio. Rogers says, "This is the baddest rhythm section in the land, and along with the vocal guidance of singer Josh Brown, Frank’s songs are going to turn out amazing."  The record was mastered by Rogers Masson and multi-Grammy Award winner, Gavin Lurssen.

From record producer, Rob Coates and his team in Nashville, TN unveiling the title called "I Am Ready". "Frank has written this material which moves him toward that mainstream audience style and sound. Assisting on the track, former drummer of the rock band Pillar, Lester Estelle. "It's a kick ass rock track with feeling , raw ambition, and not a cookie cutter formula. Comparable to current mainstream rock, it's being recorded like the latest Foo Fighters album with that old school feel that gives it that warmth and like your right in the room, listening to the whole band." Frank executive produced the single as well, and it proves to be a statement in his career."

I AM READY -  This track starts off with a simple intro and then the rush of Palagni's vocals highlight the passion of what's to come. The fast powerful riffs are in your face traditional hard classic rock. I love the running repetitive chords that stop on a dime. He takes on themes of challenging what you believe and leading the way to take a stand in the end. The song forces the question of drive that we all should ask ourselves. Palangi comes out and makes his statement that after the searachable growing up, he is ready to lead. The final jams are cut through the roof, with razor sharp edges, that end the track with excitement, but don't drown out the meaning and impact of the song. Great solos without being self indulgent. Lyrics are inspired, but challenging to the listener.

I'm Waiting - "Waiting and praying" for another "to realize what is there for you." Palangi holds the torch in the midst of others who are ambivalent about who they are or what they want.

Driving These Lines - A gritty rhythm and hushed vocals make this a catchy tune that should easily be aired on the radio. This had a punk edge to me and was a great mix of styles with an interesting production effect of Palangi's vocals in the background. My favorite pick on the EP by far, the unique styles blended within the same song made something new to encounter with every listen..

Love - A great metal artist can show emotional depth with an intense rock ballad. The video that accompanies this song is very sad and carries the mystery of what could have been. It is the eternal consequence of love that continues throughout the ages.

It's All Right - Opening with quiet signature sounds and breaking into full blown production of the metal collective. This had more of the contemporary grunge rocker influence. I ran Palangi's music by Mick Houser, bass player for Dr. Mudd and Skeleton Crew, a New York native himself. He said of Palangi's work,

"Sounds like Nickelback meets Days Of The New to me. Not so much old-school classic rock, 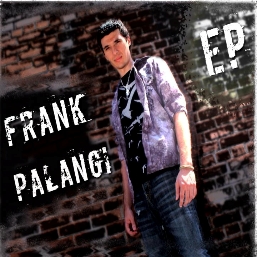 Frank has received radio air play/interviews on FM / internet stations, and newspaper/online article write-ups, as well as current air time. He is licensed through Ourstage.com (an MTV Partner website). Frank placed in the top 20 from Capital Region Has Talent contest (2009) to local fair contests, and performed on local TV8 network fundraisers.

The Glens Falls Chronicle paper/Q103 Albany radio station/Fox23 News have interviewed him and he was nominated into a chance to play at the 2012 Grammy awards and landed in the top 12 for final top trending artists. "(2012 Boost Radio station Artist of the Year nomination as well for most played/requested and Vocalist of the Year)."

CD baby and other media outlets.