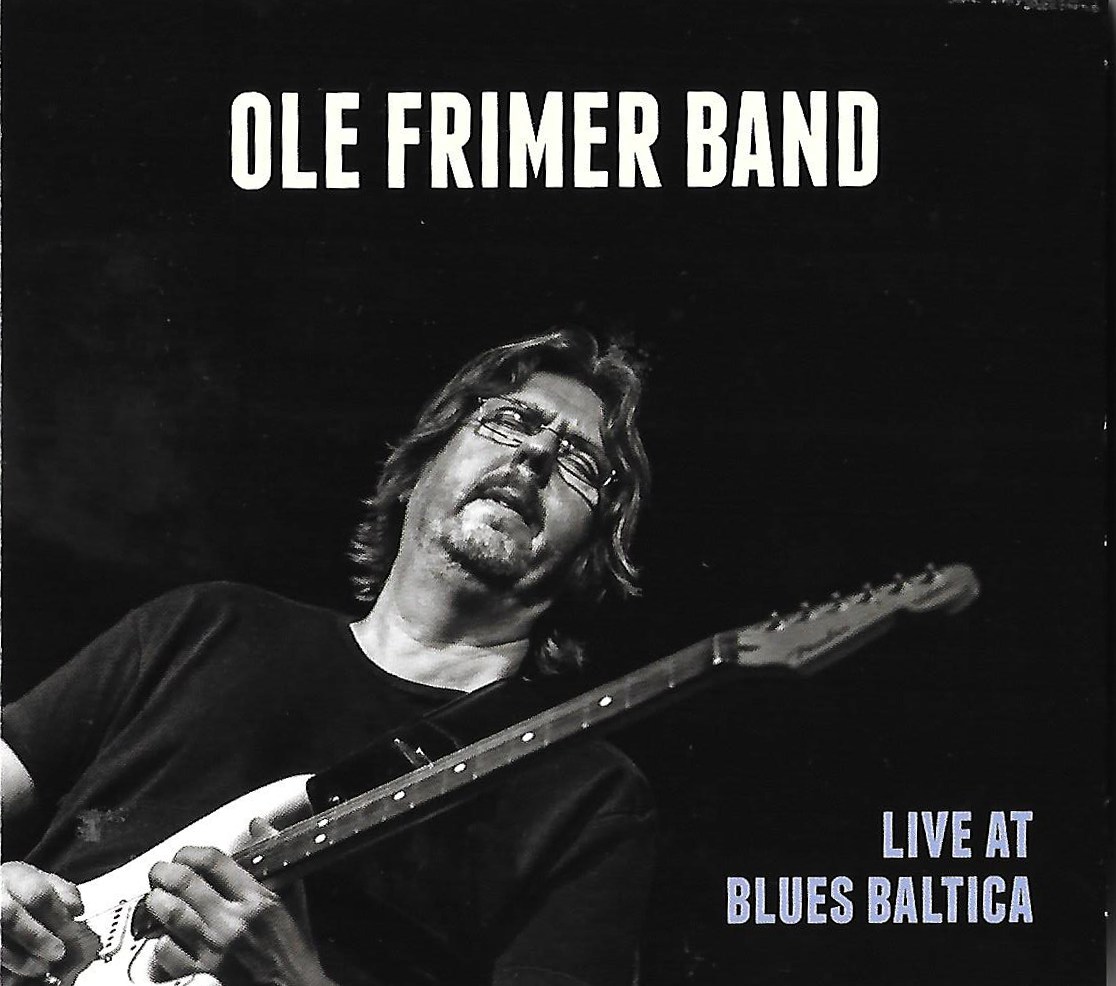 2015 has been a year of great live album releases, especially from blues artists. Live At Blues Baltica from the Danish quartet Ole Frimer Band belongs deservely to this category.

Recorded live in Germany in 2014, the 8-tracks album traces most of the band's original repertoire, with the sole exception of Hob Wilson's Black Cat Bone and Johnny Winter's Hustled Down In Texas.

The album represents the pinnacle of the band's philosophy: highly skilled musicians, expressing their talent and joy to play by stretching in different ways tunes like, the very entertaining and foot-stomping The Way You Move or the almost fusion-esque version of the ballad Sheltered Roads.

One of the many qualities of the Ole Frimer Band is to create their unique blues formula still respecting their roots and blending them with echoes of glorious bands of the past, such as the Traffic or Stevie Ray Vaughans' Double Trouble. The album is a celebration of a band playing with their hearts and souls, fusing with each other like a very tasty music recipe.

While Frimer's Guitar can be sweet, thunderous or sassy, depending by the tempo played, Palle Hjorth's Organ provides a brilliant base in which the dynamic rhythm section, with Jesper Bylling on Bass & Vocals and Claus Daugaard on drums can stretch their abilities even further, creating a really powerful sonic carpet.

Johnny Winter's cover Hustled Down In Texas is the perfect closure to the album. Frimer showcases his great ability not just on guitar but also on vocals, delivering excellent and flawless singing on one of the best songs of Winter's Songbook.

Whereas Blålys, their last studio release of 2014 was researching different musical territories with sometimes unsettling results, Live At Blues Baltica brings them back to their musical roots, displaying the ability of a talented group of musicians at the top of their game. The Ole Frimer Band at their very best.

Live At Blues Baltica can be purchased at Pladekisten or Amazon