Ray Goren: Save My Soul 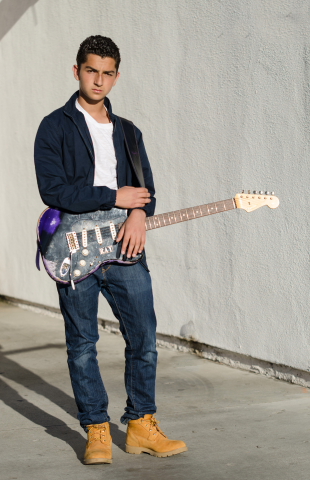 Album: Save My Soul

14 year old Ray Goren is the definition of the word Prodigy. By the age of five, Goren was already playing his favorite tunes by Thelonious Monk, J.J. Johnson, Miles Davis, and Oscar Peterson on a keyboard. Later, while searching Youtube, Goren stumbled on a clip of BB King, Eric Clapton, Jeff Beck, Buddy Guy and Albert Collins playing together. Before the day was over, with the Internet at his disposal, Goren discovered many other blues and rock greats including Albert King, Stevie Ray Vaughn, and Otis Rush. After talking his parents into getting him a guitar, Goren found his calling, according to the artist's biography.

A few years later, Goren started to write his own original music which draws from a wide range of influences in all musical genres. Subsequently, Goren penned five songs on the EP, LA Sessions, which was released to critical acclaim in June 2014.

"From first to last note, LA Sessions, is a hit parade, with Goren strumming to his own beat, as the young composer cleverly integrates jazz, rock, pop, rhythm, and blues elements into one distinctly modern soundtrack," writes Bluebirdreviews.

"Well...Eddie is just an amazing person and amazing human being, as well as a master at what he does," said Goren, in Behind The Tracks: An Interview with Ray Goren. "And that's why he is where he's at. Not only is he amazing and super talented, he's a master of sound and a master of what he does. Eddie is, also, aside from music, just a sweetheart. He's a great man."

Kramer received a Grammy Award in 2014 for "Outstanding Sound Mixing for Nonfiction Programming." 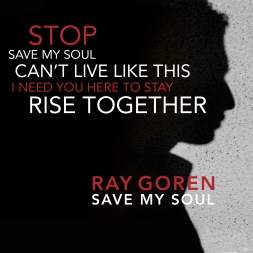 Goren's Save My Soul shows the maturity and songwriting of a master craftsman. From the first note of "Stop" to the end of "Rise Together", the 20 minute soundtrack delivers one compelling song after another--of which all could redefine Goren's future, by crossing over assorted music charts. Frequent tempo changes and genre interplay of alternative rock, blues, soul, and R&B melodies, trigger an irresistable need for physical movement and beckon people to the dance floor, over and again. Lyrical repitition, potent background harmonies, and Goren's inherently warm, soulful timbre move the listener to hum, then sing. Socially conscious themes of love, loss and greed, as heard on "Rise Together", evoke intense emotions.

"Love and care, is all we need. But then power does wrong and turns into greed. Mountains of money and ocean views, at the top of our head. Why can't we leave that behind us? Can't we just do good instead?" Goren's vocal expressions rise and descend on cue, punctuating the strong imagery and call-to-action. "Time, ain't on our side. Seconds turn to minutes while the waters continue to rise. Drown in the dreams of our future while we live in the past. We can chose to make it better, if we want this world to last."

Still, the musical adventure is not complete until Goren makes his way to the guitar solo highway--that sweet spot within the song where he and the six-string meld, where his raw emotions and improvisational style break free, unleashing the blues-bound soul within. Whenever Goren bends, changes pitch, or hits the accent note, it is easy to visualise a live performance.

Save My Soul is most appealing and memorable--prime material for Top 40 Radio formats and its audience. The EP will be released September 23rd followed by a tour showcasing Goren's original music with his newly formed Ray Goren Band. Check out RayGoren.com for complete details.

Photos and lyrics courtesy of Ray Goren. All rights reserved, 2014.