The owner/editor of the Led Zeppelin Ultimate Fan Page has graciously posted her series of interviews, talking with Led Zeppelin tribute bands from around the world! Here you'll find her interview with the The Hindenberg Project:

When you think of Texas, some think of the State's successful sports teams. The music from the lone star state is very flavourful. Whether it's the honky tonk sounds of Milton Brown, Bob Wills or Ernest Tubb, Texas offers up as many music genres as cuts of meats on a bbq. Tex Ritter, Kenny Rogers and George Strait round off the country dish of legends that call Texas home. Surely we can't say Texas and not mention the legendary Blind Willie Johnson. By the 1970s the blues may have been forgotten, but was revived later on, thanks to artists like Johnny and Edgar Winter, ZZtop, and The Fabulous Thunderbirds.

Texas is no stranger to the rock world. Early days welcomed Buddy Holly and Roy Orbinson. A decade later, the gritty voice of Janis Joplin took the world by storm. Pantera and Drowning Pool also call Texas home. Alternative rock bands such as The Toadies and Flyleaf proudly reign from Fort Worth and Belton, respectively.

In August of 1969, four English men landed in Texas. It may have been early on, people and critics alike not sure how to receive what they were witnessing. A critic wrote in 1969, following Led Zeppelin's performance at the State Fair Park Coliseum "..one of the most exciting and pulsating collections of sound in the rock business." It was clear that they had made their mark on the State, as well as the many musicians who would grow up and site Led Zeppelin as their own influences for the reason of getting into the music business.

Fast forward to 2011. In Dallas, Texas a guitarist sees a vocalist's ad seeking other musicians. Although working on his own band for several years, Chris Manning listened to some audio clips and was convinced that along with vocalist Bob Brewer, they had the makings of a great Led Zeppelin tribute band. So what did they do? They recruited bassist Randy Ranew and drummer Tom White and before you knew it...The Hindenburg Project was born.

The Led Zeppelin Ultimate Fan Page reached out to guitarist, Chris Manning, to find out more about 'The Hindenburg Project' as well as his own solo band 'The Chris Manning Band'. 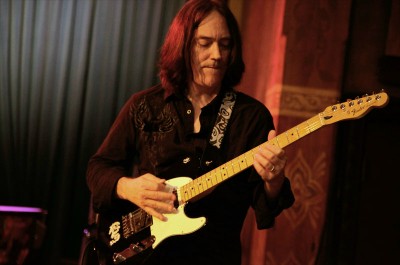 Read the entire interview at the

To learn more about 'The Hindenburg Project', including tour dates, booking information and media, check out the links below for their official website and Facebook group.

You can also check out the 'Chris Manning Band' website for an insight to all of Chris' solo work.